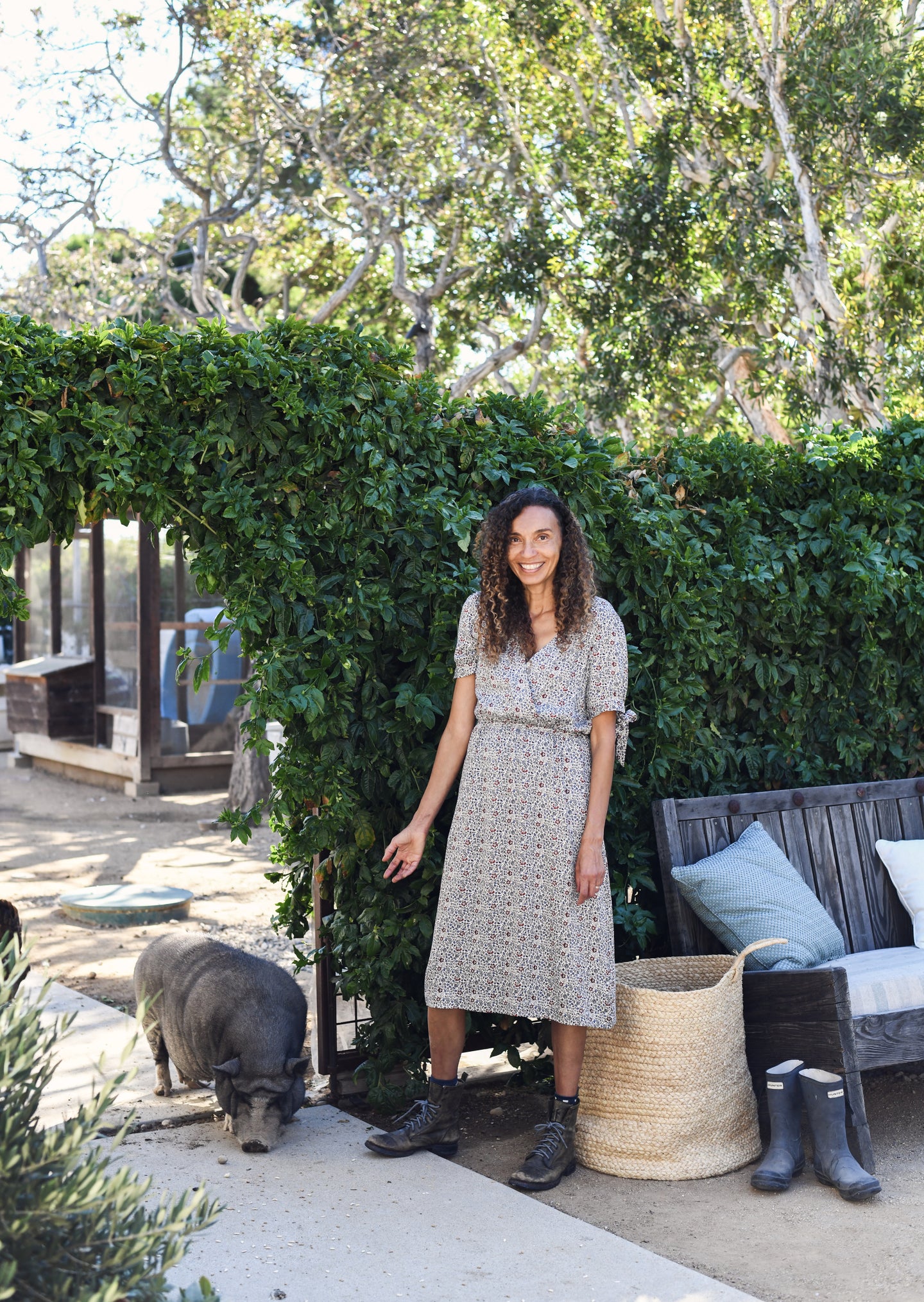 Helene Henderson’s Malibu farmhouse has been a labor of love for the past 10 years, but it only took seconds for the Swedish-born model-turned-chef and her family to realize that they could lose a decade’s worth of work in a flash. “These images were taken not long before the fires. That Friday night, we received messages [informing us] that it looked like our house was going to burn,” says Henderson.

While about a third of the property was damaged in the destructive wildfires that plagued California’s coastline last fall, the house itself was left unscathed. Henderson—plus her designer Vanessa Alexander and architect Doug Burdge—could all breathe a sigh of relief.  Luck like that makes you look at your home and the things you own through a new lens. “I’m a very simple person,” Henderson continues. “Even when I thought our house had burned down, my feelings were mixed. My only thought was that I should have grabbed old photo albums—my only remaining memories and possessions from Sweden—and the dog beds my oldest son made. I love the idea of him building furniture.”

Thankfully, house, memories, and belongings are all intact. Ahead, Henderson and Alexander walk us through the design of this Scandinavian-inspired oasis.

The recent wildfires weren’t Henderson’s first encounter with a natural disaster. Years earlier, she and her husband, John, and their three children experienced the Northridge earthquake. Chimneys, trees, and electrical poles came crashing down around their Hollywood home. “My single goal was to find a home with a very large lot, no large trees that could fall, and where I could grow tons of produce and be self-sustainable when the next earthquake hit,” says Henderson.

The couple tasked Burdge with bringing this vision to life. The architect’s first focus was taking advantage of the home’s stunning ocean views by installing floor-to-ceiling, north-facing windows. The house was also designed with cross ventilation and concrete floors so that AC and heat are rarely required.

The views are as authentic as the food

As the founder and chef behind trendy California-based Malibu Farm, the open-concept kitchen was an important space for Henderson. Her major must-have? Good views! “Although I miss the kitchen at our old house, it didn’t have many windows,” she says. Natural light makes everything in the space feel larger than life, including the 60-inch range, farmhouse sink, and Carrara marble island painted in Farrow & Ball’s Pavilion Gray.

“The wood, stainless steel, and open shelving create an easy balance. The elements play off one another,” says Alexander of the space. The designer, who played a heavier hand in shaping the design of Malibu Farm, knew that function was key for her longtime clients. “The house feels simple and totally usable,” she notes.

What’s more: Almost everything that’s cooked in the kitchen is sourced from Henderson’s backyard, where a vegetable garden and crew of animals (including two goats, one pig, and many chickens) await.

Everything is styled with simplicity in mind

Riddled with paintings, books, and other found treasures, the wall unit in the living room offers a telling picture of Henderson and her family—the places they’ve been, the things they love. Overdecorating the shelves with trivial objects for the sake of filling space would have done the room a disservice, suggests Alexander. “I try to use personal items and things that relate to a client’s lifestyle and the people who live there,” she explains. By incorporating the family’s photographs and collectibles with a light hand, the designer was also able to disguise the TV in plain sight. What black box?

“I definitely like the simplicity of Nordic style: clean, simple, with a little bit of cozy,” shares Henderson. This sense of casualness is embodied by the two-toned gray sofa in the living room, the leaning artwork over the master bed, and the chrome and leather cantilever chairs in the dining room. Things feel thoughtful and curated, but never too fancy. You can trek through the house with muddy Hunter boots, fresh from the garden, and not think twice about breaking the rules.