Your blood pressure drops on arrival. 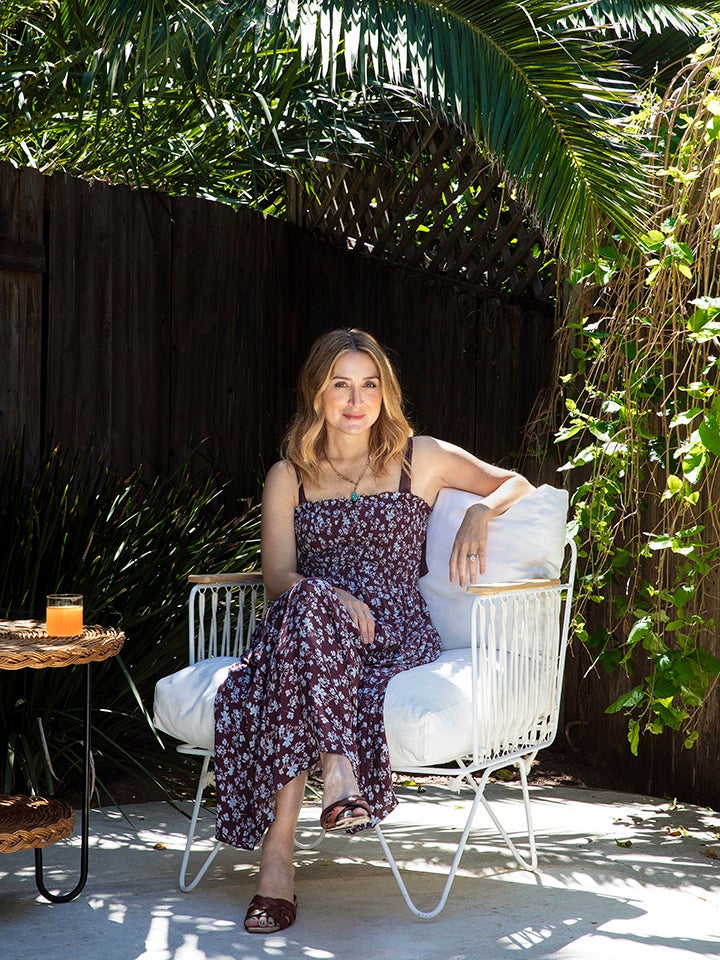 When actor, director, and producer Sasha Alexander and her director husband, Edoardo Ponti, bought their Malibu retreat last summer, the interior was a little too on theme. “It looked like a tiki house,” recalls Alexander. Her designer, Estee Stanley, who helped the former Dawson’s Creek and Rizzoli & Isles star renovate and decorate her family’s main home in Los Angeles (only a 30-minute drive away), notes there was also a prominent “1970s shaggy” vibe happening. But that’s not even what made it an unusual choice for a vacation house: The getaway is a trailer.

“Finding the perfect one is not easy,” shares Alexander. The community where the couple was primarily doing their house search is dotted with ones that are different sizes and layouts. While staying at a friend’s place in the area during lockdown, this 2,200-square-foot space came up. It was the perfect size for the pair and their two kids, 15-year-old Lucia and 10-year-old Leonardo, and the perks (beach access, proximity to L.A., a private playground) far outweighed the quirky, tropical-inspired interior and the fact that the main bedroom took up almost half of the space—obstacles Stanley could easily overcome while reconfiguring the footprint. “It’s just very low-key,” says Alexander. “You feel your blood pressure drop when you get there.”

Alexander compares the bones of the three-bedroom, two-and-a-half-bathroom home to a dollhouse: Nothing is set into a foundation, so the walls are super-easy to move around. The biggest game changer after making the main living-slash-dining space larger and adding sliding doors was simply painting everything white, including the existing kitchen cabinets. “It really made the space seem brighter,” recalls Stanley.

While the designer and Alexander went for a more eclectic, European-inspired aesthetic (think: French Louis XV dining chairs and big steel windows) during their last collaboration, this time around they kept everything more neutral and, most important, clutter-free. “It’s like you’re staying at a great hotel, except you have all the things you love in it,” says Alexander.

“You feel your blood pressure drop when you get there,” says Alexander.

A former dead space by the front door now boasts ceiling-height, two-tone wood cupboards that hold both kids’ gear and pantry goods (trailers notoriously lack closets, so a custom solution was a must). To combat the area’s ultra-straight lines, Stanley opted for curved half-moon-shaped handles that lend a softness to the informal space. Other small space-saving decisions include the couple’s Blu Dot Hunker bed with built-in nightstands and a joint shower-tub bathroom combo (Alexander’s retreat after chilly winter walks on the beach).

The kitchen dining area was an unexpected addition. Originally the spot was meant to be an island, but when the walls came down, it ended up looking too small for the space, so they brought in some chairs and—voilà!—an instant kids’ table for when other families come over (the adults hang out in the adjacent space by the fireplace). “It feels like we did it on purpose, but we didn’t,” says Alexander, laughing. The spot is also a nod to her husband’s Italian upbringing (he’s used to having a place in the kitchen designated for dining). “It feels very European to have it; very family focused and cozy,” she adds.

Lending another layer of warmth to the space: a large fireplace wall swathed in blue-green cement tile and bordered by oakwood open shelves. “I’m not really a beige and white girl,” says Alexander. The same rings true for the terracotta-toned living room rug (helping to hide any sand that gets trekked inside) and Italian Arflex sofa that’s made for plopping down (the low-sitting piece’s armrests are basically like pillows). “I didn’t want anything to feel too precious, because there are a lot of kids usually running around,” she adds.

“I didn’t want anything to feel too precious, because there are a lot of kids usually running around,” says Alexander. 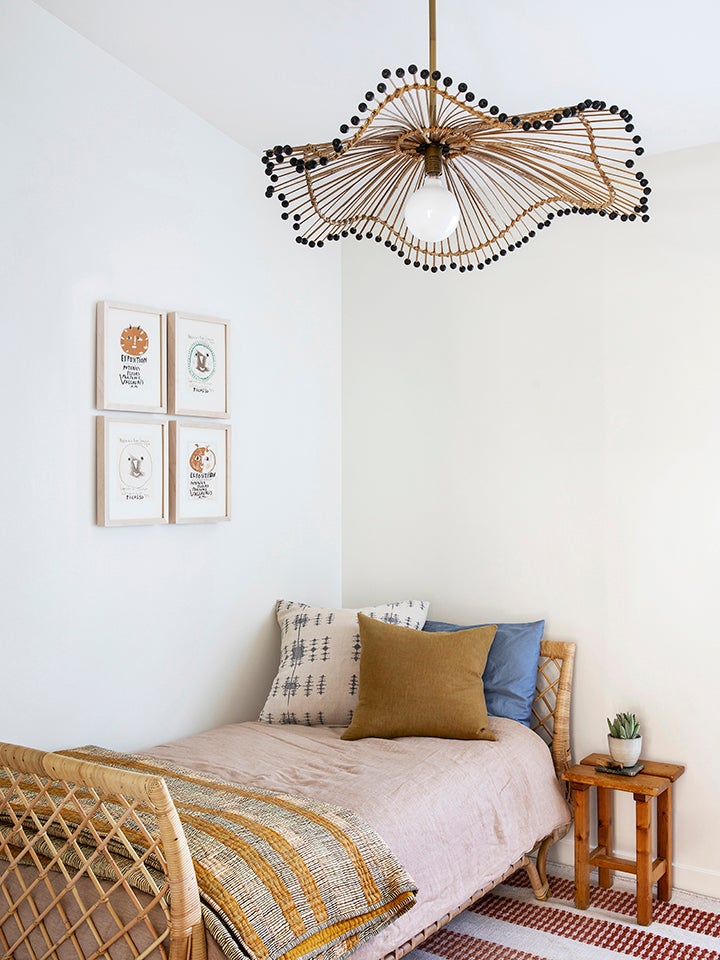 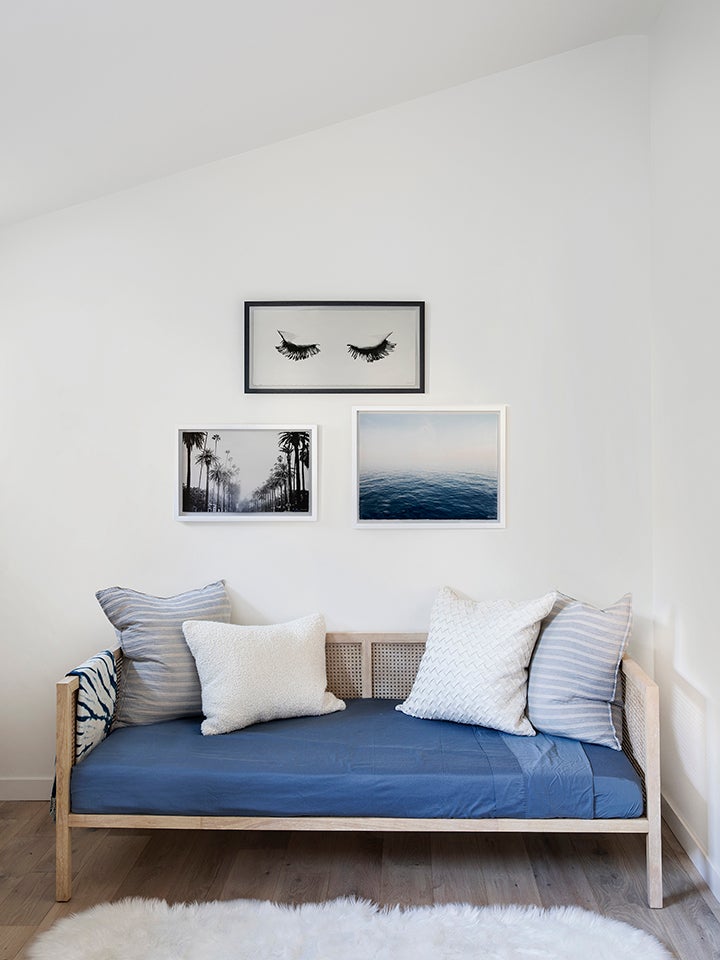 For everyone, but especially Lucia and Leonardo, this home away from home embodies freedom. The kiddos can pile into a golf cart with their surfboards or hop on their bikes and roam the grounds with friends. “That’s why our dog, Margaux, loves it there, too—just running around meeting new people,” jokes Alexander.

If this past year has taught her anything about home, it’s to consume less stuff. “The approach to this house was really finding those pieces that make us happy, whether it’s Heath Ceramics dishware or nice sheets,” she explains. “I’m trying to be very careful about not bringing things in that I don’t love.” Less room for clutter means more room for memories and plenty of backyard barbecues. 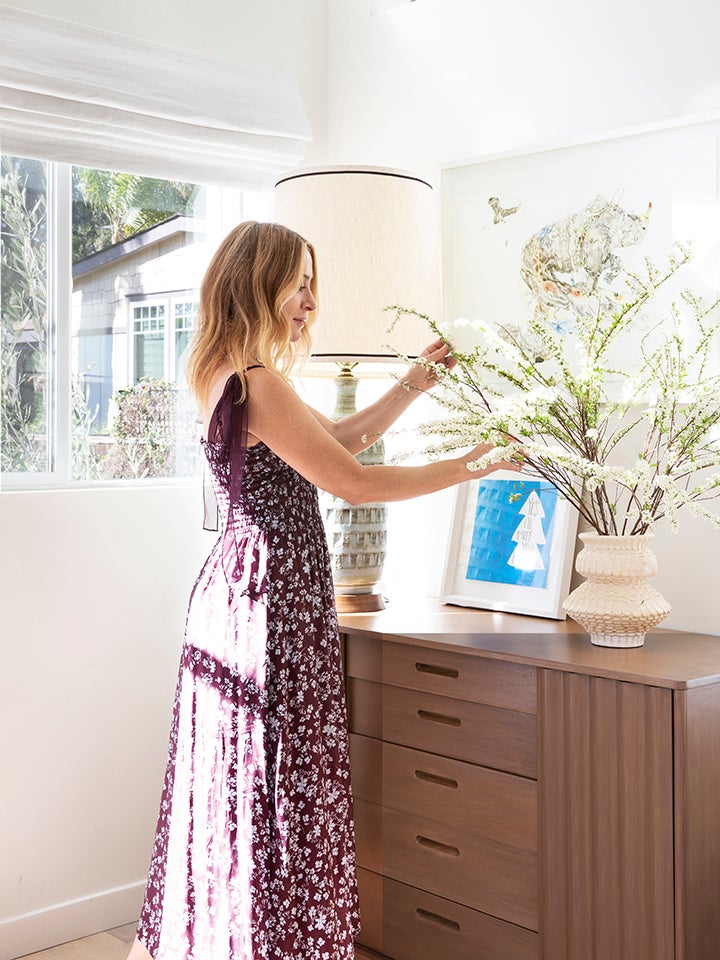 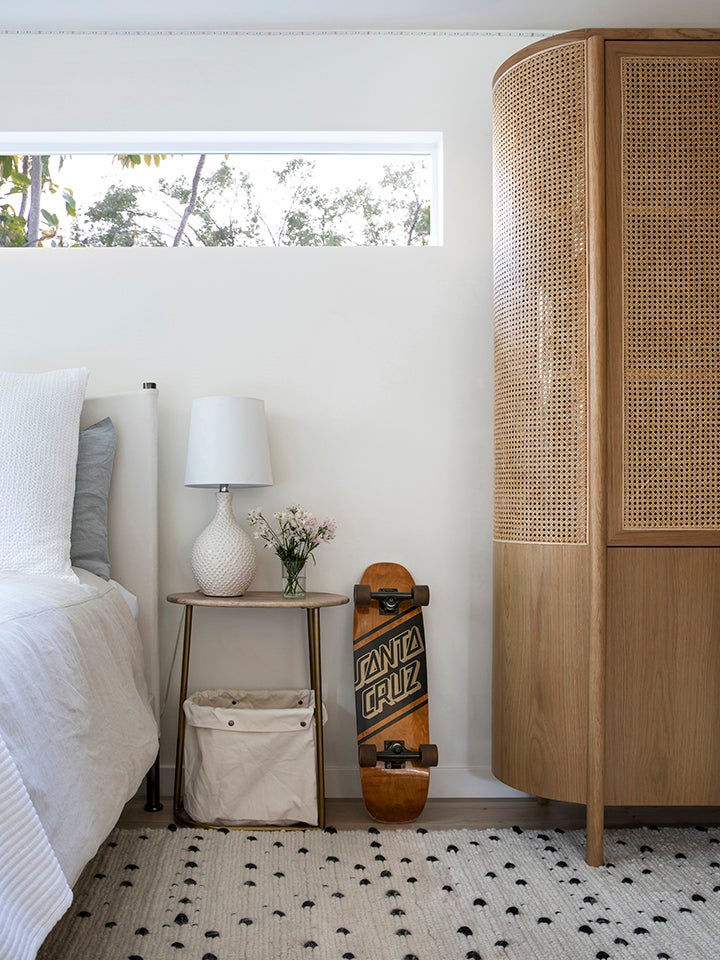