Now, that’s a before and after. 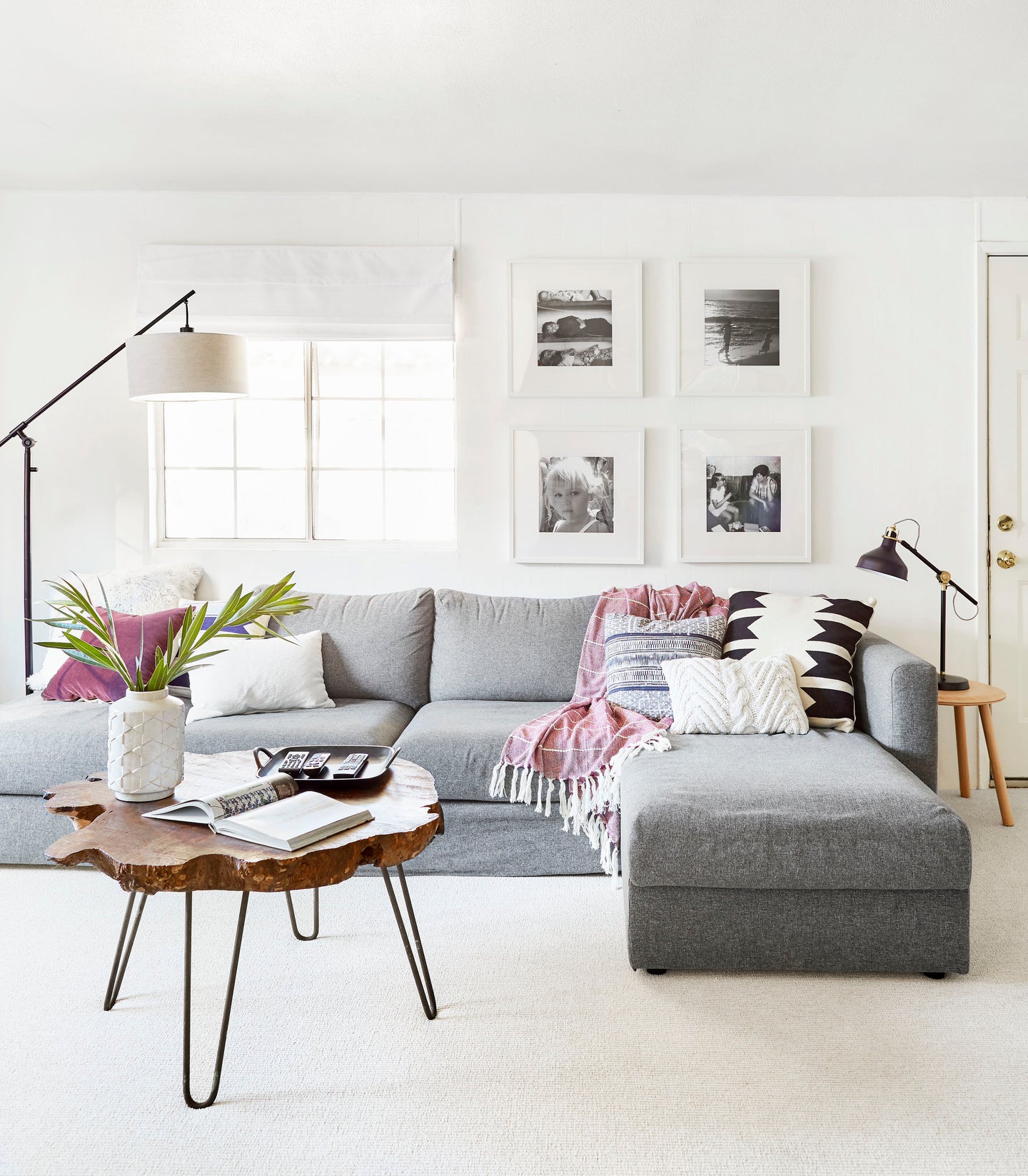 If there’s anyone we’d trust to turn our homes into a beautiful, breezy retreat in seven hours flat, it would be Emily Henderson. The best-selling author and HGTV star recently completed her first-ever surprise flash makeover for a special client, and the end result will blow you away.

The journey started when Henderson and her team put out a call via Instagram recently asking people to nominate anyone in the L.A. area who could use a holiday spirit boost. That’s when they came across Liz, a single mom of four with a lot on her plate and little time to dedicate to sprucing up her space. Putting their own indie spin on Extreme Makeover, Henderson and her team devised a time to get into Liz’s home and flip her living and dining room space by the time she returned from work.

Warning: This feel-good before and after calls for a spare box of tissues.

“When I first saw the photos, I remember thinking that Liz had done a decent job!” Henderson remarks in her blog post on the project. Two weeks prior to the design date, Henderson had a member of her design team sneak into the space (with the help of a family friend, of course) to take measurements and assess her existing furniture in person. From there, the design team decided what needed to go and what just needed a little extra love.

The carpet, which had been badly soiled by the family dog, was the first obvious element to go. Henderson also made note to swap out the curtains for roman shades, find new dining chairs, and update the dated ceiling fan. For the most part, however, the team decided to work with the existing pieces that they loved—like the living room sofa and built-in bookshelves. While some extra styling and fresh decorative swaps proved to go a long way, they realized that the bones for a knockout space were already there.

By ripping out the carpet and replacing it with a fresh and neutral surface, the space felt instantly brighter. A calm, muted color palette of cool blues, vintage woods, and soft grays complemented the airiness of the new carpet. For a personal and homey touch, the team created a mini gallery display over the living room sofa with framed family photos. Similar simple swaps like changing out the bulky dining room mirror for a sleek round one and streamlining the desk area with new storage and floating shelves made the room look and feel larger.

“It wasn’t about pillows and lamps,” Henderson writes. “No, it was about creating a moment that, hopefully, will have a lasting positive effect on a family.”

Mid-Century Meets the Mediterranean In This California Condo

Before & After: Justina Blakeney Gives a Dated Bathroom a Boho Makeover