A Dated New York Home Gets a Dramatic Transformation

This Upper East Side condo went from dark and cramped to open and airy. 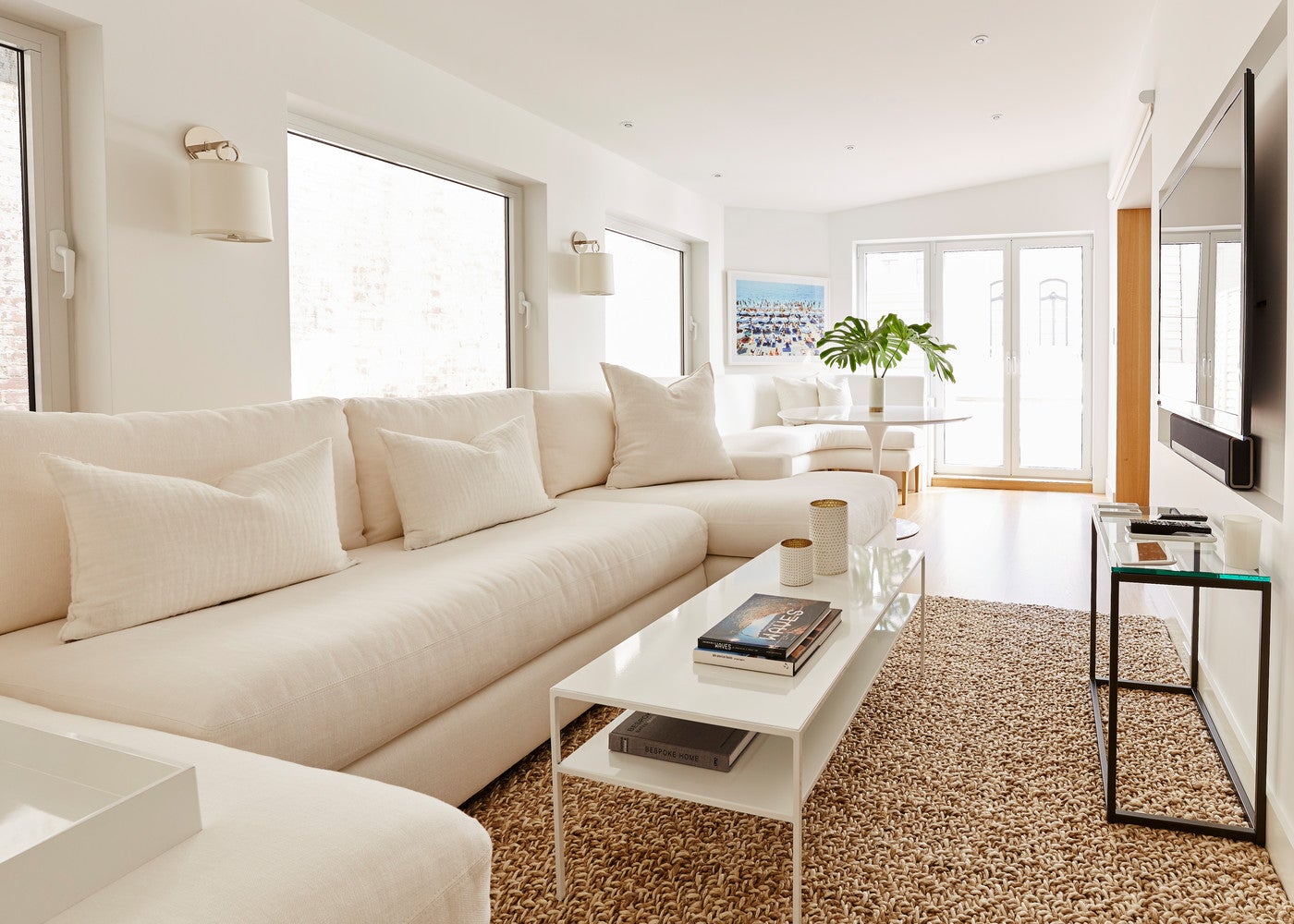 There are renovations, and then there are renovations—you know, the ones that so completely transform a home that you would never believe the two spaces were the same just by looking at before-and-after images. Case in point: this 1,700-square-foot Manhattan home.

What started out as a dimly lit and dated apartment previously occupied by chain-smoking residents has morphed into a light, airy space full of soft fabrics, clean elements, and natural textures. The organic, contemporary feel is a far cry from the previous layout—something which Best & Company (the general contractor for the remodel) co-founder Chip Brian says was a top priority throughout the project.

“The intention was to optimize the interior space with light colors and organic materials to feel really natural and open,” says Brian. The home required some serious reconfiguring of the layout—including turning a passageway into a large solarium and removing another segment to improve circular flow in the space—that was made trickier by the fact that the construction team was navigating original 1950s architecture in a second-floor Upper East Side apartment.

Luckily, the clients (a young family from Florida who purchased the home as a pied-a-terre) gave the design team at Opus AD free reign to completely reconfigure the look of the space. Inspired by the husband’s penchant for surfing, the team set about creating what Brian refers to as “the urban surf shack.”

“It invokes the aesthetic of a natural, beautifully illuminated organic space that feels alive,” he says of the decor inspiration. “It was kind of inspired by the way they live in Florida. They wanted to have light and be partially in the outdoors.” One half of the apartment has direct exposure to two sides of windows as well as an expansive terrace, so bringing in light was fairly easy.

Another priority? The couple’s young son. “This family really cherishes their son, and they wanted a space that was defined for him,” says Brian.

To accomplish this, they designed a bedroom that has an adjacent play area. Beside the home’s two bedrooms, the rest of the apartment is dedicated to a public space designed for gathering and entertaining while keeping functionality and safety in mind.

“The clients focused on environmental quality, so the construction team had to be careful about sealing and that nothing from below the apartment was coming in. We really wanted to ensure that it was the highest quality; it’s almost hermetically sealed,” says Brian of ensuring air quality in the city apartment. “The air that moves around in there is exceptionally clean.”

The clean feeling is reflected equally in the decor. Featuring stark white walls and modern-looking furniture with clean lines, the home feels fresh and minimal, but still warm. Wood accents, such as cerused oak used throughout the home, contribute to that warmth and the basic color palette makes the home feel serene.

Thinking of undergoing a similarly large-scale renovation? According to Brian, the most important thing to do is engage design and architectural professionals in purchase considerations wherever possible.

“Take those people with you—they’re so spatially aware and creatively thoughtful,” he recommends. “Bringing the professionals with you is a good idea. They have so much to contribute, and you’ll get yourself further down the path. The more minds, the better.”

All images by Marius Chira.