A Look at the World’s Most Iconic Minimalist Furniture 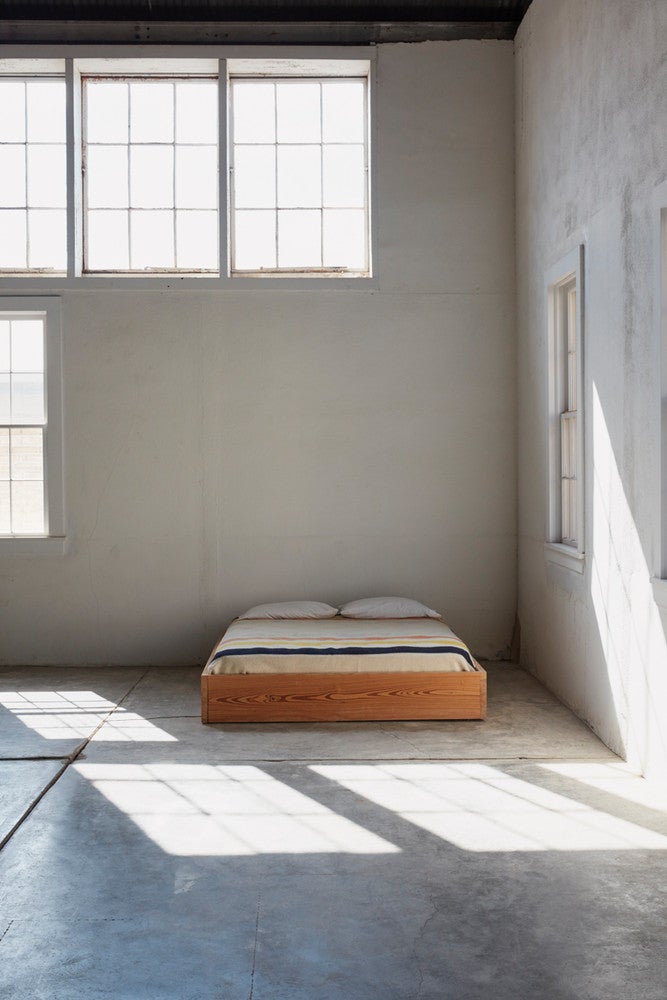 In the early 1970s, a decade after he left painting behind to create large-scale three-dimensional works, the late artist Donald Judd designed his ﬁrst piece of furniture. It was an act of necessity; he needed beds for his two young children, Rainer and Flavin, who shared a room.

Made of wood and featuring a central freestanding wall that doubled as a divider for privacy, the ﬁrst iteration of Judd’s now iconic daybed was born. A desk, dining table, chairs, benches, and bookshelves soon followed—all variations of meticulously pared-down forms deﬁned by function.

Much like Judd’s art, an enterprise he considered completely separate, the furniture nevertheless emanates a timeless beauty—appearing both solid yet weightless in a space, akin to the stacking boxes and progressions in galvanized steel, plexiglass, and concrete that came to deﬁne his career.

At his homes in New York, at 101 Spring Street (now HQ for the Judd Foundation and Donald Judd Furniture), and Marfa, Texas, where he relocated with his family and later established the Chinati Foundation, Judd’s art and furniture create a complete whole.

“If you go through all the spaces, it’s clearly one person’s way of living,” says Flavin of the distinctive Judd aesthetic. This included placing things with intention: “He would generally not put anything right up against a wall, or push a chair ﬂush with a table,” explains Rainer. “Things had to have space around all sides,” creating a kind of vibrational pull between objects.

Still, the pieces are very much meant to be lived with. The son of a long line of woodworkers and cabinetmakers, Judd was drawn to simple proportions, saying in an interview, “We understand symmetry best.”

Behind each design is a pragmatic “farmer’s sensibility,” as described by Flavin, solving spatial problems while working within the limitations of a material—the standard width of wood from the lumberyard to determine the dimensions of a chair, for example, or the industrial RAL metal paints serving as a color palette.

Until last year, the furniture (which encompasses more than 70 pieces in wood and 15 in aluminum) was only made to order—a lesser-known fact outside of art and design circles that it even continued to be in production. The ready-for-purchase offerings launched in 2017 with the Library Stool 42 and Corner Chair 15 (chosen, according to Rainer, for being best suited to her father’s preferred sideways seating position).

This May, the Forward Slant Plywood Chair 84 in black joins the collection. Add to that two major shows—paintings at the Institute of Contemporary Art, Miami, in April and furniture at the San Francisco Museum of Modern Art in July—and the work is clearly resonating anew.

This story originally appeared in the spring 2018 issue with the headline “The Essentialist.”