A City Hall Wedding Followed by Bagels, Then a Small Ceremony With Friends

The case for getting married twice. 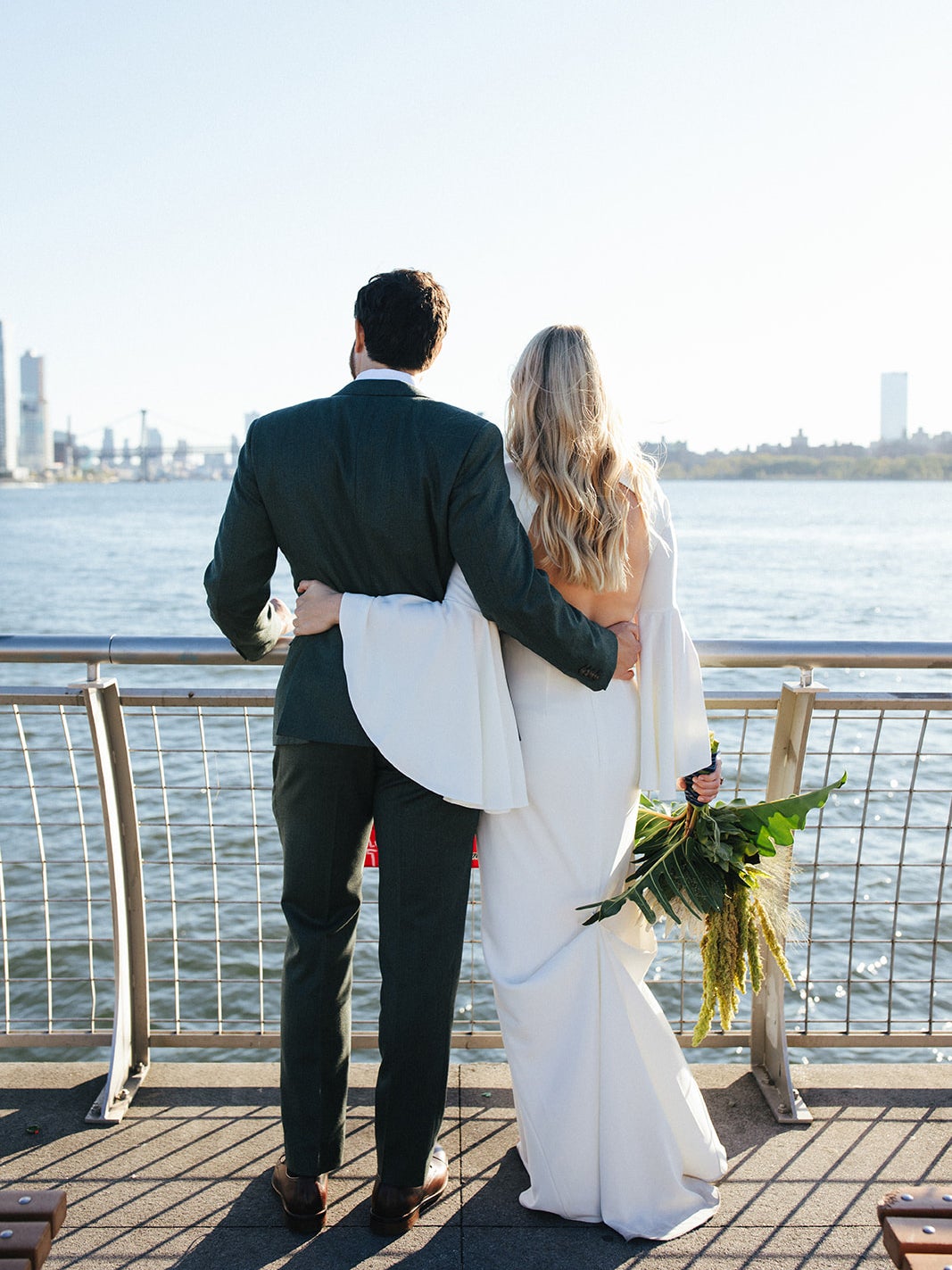 Two summers ago, Don Cruz and Candace Rimes were having a movie night at their apartment in Williamsburg, Brooklyn, with Isle of Dogs as the feature presentation, when Candace discovered a ring at the bottom of her bag of popcorn. It was the ideal ending to a magical day that Don had planned, which included yoga, massages, a brewery visit, and homemade pizza.

When it came to mapping out their big day, the couple, who met in a Skee-Ball league, was torn: They had always wanted an intimate ceremony with just the two of them, but they also couldn’t imagine not celebrating their love with family and friends.

So they decided to have the best of both worlds, with an intimate City Hall wedding on October 3, 2019, a Thursday morning, followed by a bagels-and-lox brunch—just the two of them. Two days later, they held a more traditional wedding with their nearest and dearest at Threes Brewing in Greenpoint. “It was really nice to do it twice,” says Candace, mostly because it eliminated any nerves she thought she would have for the second ceremony. “I was able to soak it all in.”

In order to pull off a laid-back but highly personal celebration, the pair leaned on their talented group of friends and family. “It was nerve-racking to ask for help, but you’ll find that most of your friends want to share their talents with you on your special day,” says Candace. Here’s exactly how they made their day so special.

“Get there early, early, early, early—or you’ll wait for hours,” Don says of their ceremony at New York City Hall, which opens at 8 a.m. and can draw long lines. Thankfully, their photographer was able to get there at 7:30 and hold their place at the front of the queue. “When we got there 20 minutes later, the line was out the door,” says Candace.

Pare Back for the Courthouse

It can be tempting to bring your crew with you to a courthouse wedding, but Candace says it’s more special to just go as a couple. “I’m glad we didn’t bring a huge group of people,” she says, “because it’s nice to just soak it up and watch everyone. It’s so cool to see everyone so happy around you. To me, that’s the spirit of New York.” Don agrees, saying the most fun part of the day was people-watching in the waiting area and perusing the silk flowers for rent. Afterward, they went for bagels at Russ & Daughters.

The couple is also happy they made a trim invite list (75 people) for their second wedding ceremony on Saturday. “We were able to talk to every single person and actually have a conversation,” says Candace. “That is so rare. I find with weddings with 200, even 100, people, it’s almost like you don’t even see your partner the whole time!“

Ask Loved Ones for a Hand

In an effort to save money and add personal touches to their wedding, Candace and Don asked their loved ones to lend their talents to their big day. The bride’s dad drew an illustration of the pair for their invites and other paper goods. A friend stepped up as florist for both ceremonies. On Saturday Candace’s sister did her hair, while a friend jumped in as the day-of coordinator. Another friend played acoustic guitar. And, of course, there was popcorn, made with love by Candace’s sister.