We Bet You Didn’t Know About These Disney World Secrets

The theme park is a mecca of surprises. 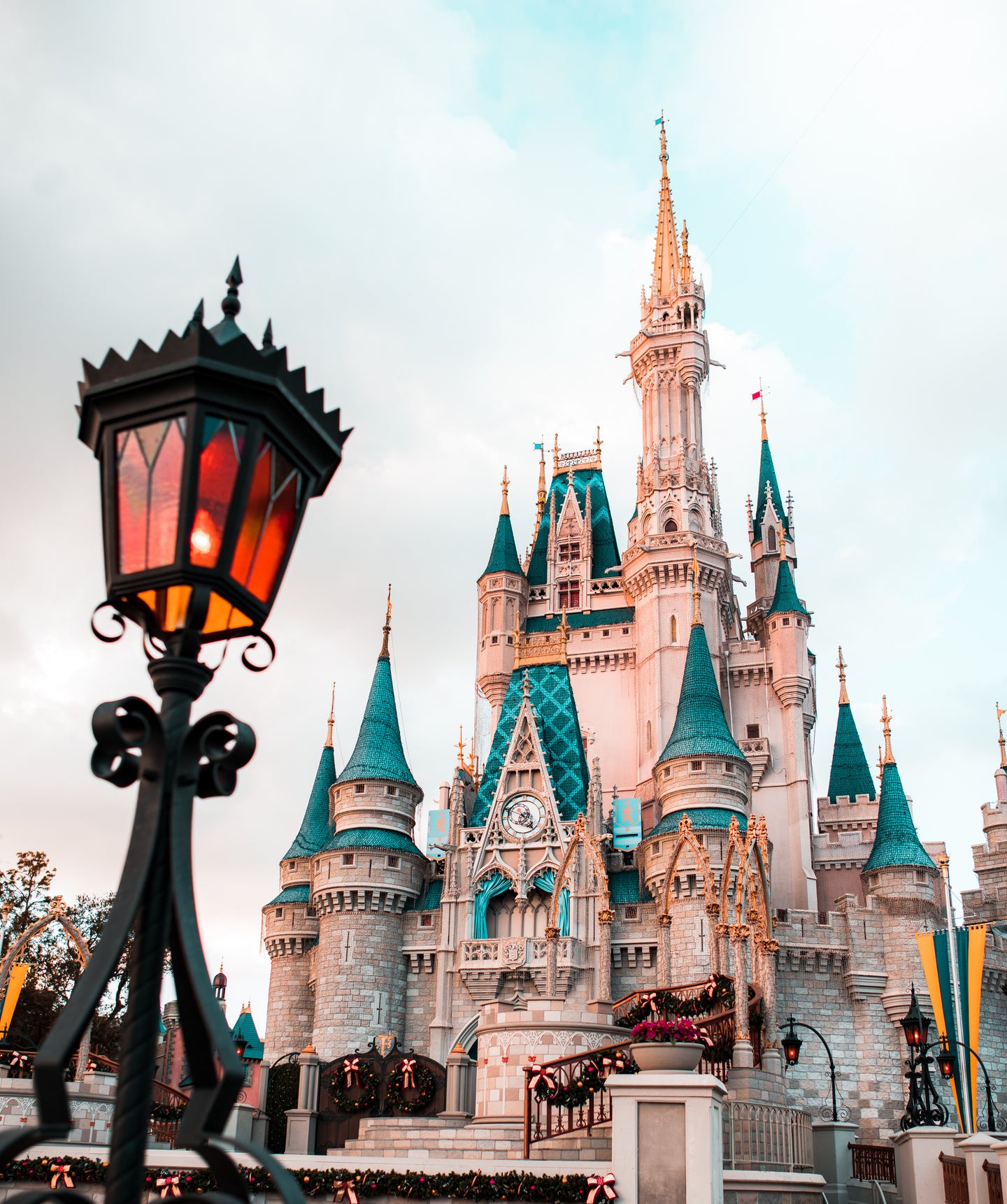 At Walt Disney World, a hotel is never just a hotel. Whether you’ve been once as a kid or are hankering to return for your annual visit, know that the hotels aren’t any amusement-adjacent lodges, because Disney isn’t just any entertainment mecca. With over 20 different hotel brand identities intended to transport vacationers (think the bayous of Louisiana, a 1890s Coney Island or retrofuturistic leisure design) guests can reside in true fantasylands.

Given their larger-than-life time capsules of the ‘80s, quaint coastal New England influences and cabins set amidst 750 acres of sprawling forest, Disney World’s wealth of lodging options cater to everyone and every budget — with more hidden surprises than one can imagine. Prefer to sleep underneath the stars? They’ve got that, too.

Yet, it’s the design process informing Disney’s properties that remains most fascinating. From unexpected room themes and surprising upgrades to the small touches intended to put families at ease, here’s an insider’s checklist of the design secrets awaiting you at Walt Disney World.

Hotel Interiors Are Taken as Seriously as New Rides

All hotel design is overseen by Walt Disney Imagineering, the same end of the company that develops roller coaster cars mimicking a rollicking mine train or a prix-fixe French restaurant seemingly housed within Beauty and The Beast’s stoic castle. Just like Disney’s character-centric rides and experiences, details drive the storytelling here. Designers didn’t just stick a 16-foot-tall Nigerian Ijele mask or animalistic sculptures within Animal Kingdom Lodge’s thatched-roof lobby to provide cultural resonance; they filled lengthy corridors and elevator banks with so much African art that the 1,404-room resort now boasts the largest collection outside the continent.

Since a resort’s theme can often be most prominent in its lobbies — large, open spaces intended to house the large influx of families and business travelers who pass through each day — many are quietly filled with antiques, replicas, and bric-a-brac that reinforce a hotel’s identity. At BoardWalk Inn, guests will find “nanny chairs” and an original M.C. Illions miniature carousel in the Atlantic City-inspired resort, while Disney’s elegant Grand Floridian Resort & Spa houses turn-of-the-century touches like its signature two-story Victorian birdcage. Others provide a nod to Disney’s storied past, like Disney’s Pop Century, which features a time capsule display of pop culture memorabilia, signs of the times and, of course, vintage Mickey Mouse souvenirs.

They filled lengthy corridors and elevator banks with so much African art that the 1,404-room resort now boasts the largest collection outside the continent.
advertisement

Each property theme informs the physical architecture as well, with rooms at Disney’s Port Orleans Resort – Riverside arranged within a series of large-scale Antebellum mansion facades set off a serene waterfront. Still, the feather in Disney’s proverbial cap remains Animal Kingdom Lodge, whose horseshoe-shaped building curves around a 46-acre savannah, giving guests the ability to peer out onto private balconies and watch giraffes, zebras and ostriches roam freely all hours of the day.

You Can Sleep Within the Worlds of Your Favorite Characters

Themed offerings, like the Pirate rooms at Disney’s Caribbean Beach Resort are ideal for Jack Sparrow-obsessed buccaneers, with queen beds fabricated to look like ships and stacks of cargo boxes masking stowaway shelves. For an added touch of elegance, Disney’s Port Orleans Resort – Riverside offers Royal Guest rooms with jewel-tone carpets and ornate fixtures—we’re talking faucets shaped to mimic the Genie’s lamp in Aladdin. There are hidden surprises throughout as well, like nods to Disney princesses within the furniture and nightly fireworks by way of a fiber optic-enhanced headboard, offering a dose of quintessential magic no matter when bedtime may be.

At Disney’s Art of Animation Resort—where family suites pay homage to movies like Cars with cone-shaped lamps and car wash-themed bathrooms—silver screen sets cascade out onto the property, with the building’s exterior doubling as full-scale replicas of Pixar and Disney film sets. There’s even a Radiator Springs replica, massive Finding Nemo pool, and a Lion King wing, letting visitors walk among Timon, Pumbaa and Simba.

advertisement
There are hidden surprises throughout as well, like nods to Disney princesses within the furniture and nightly fireworks by way of a fiber optic-enhanced headboard.

In the past few years, Disney Parks & Resorts has undergone a widespread modernization at a majority of its properties. They’ve swapped carpeting for laminate wood flooring, added enough USB ports for a family’s worth of devices and removed outdated touches, like the colorful bed runners and dizzying wallpaper that are immortalized by your childhood photo albums.

A new emphasis on flexible space is intended to make guests more comfortable as well. Bed frames have been raised as part of room redesigns to allow for under-bed suitcase storage and to encourage unpacking. At Disney’s Pop Century Resort, where hotel wings are draped in large-scale homages to all things retro, rooms have been redesigned as forward-thinking studios. With wood-paneled, Murphy-style pull-down queen beds—a Disney first—the ambitious shift honors the many ways vacationers use their hotel rooms as a home away from home.

advertisement
With wood-paneled Murphy-style pull-down queen beds—a Disney first—the ambitious shift honors the many ways vacationers use their hotel rooms as a home away from home.

Mickey Mouse Can Be Found at Every Turn

Beachside getaways, seaside towns, scenic woods — if you’re noticing a veritable lack of quintessential Disney characters in these hotel themes, they’re around, but in a famously subtle way. Mickey Mouse is a staple at all Disney World’s hotels, albeit quietly, where “Hidden Mickeys” permeate every facet of resort design. Laid within the ironwork at Disney’s Wilderness Lodge, inserted amidst the patterned carpet at Disney’s Beach Club and Yacht Club Resorts or snuck inside the sandcastle exterior of Disney’s Old Key West pool waterslide, the iconic three-circle silhouette of the mouse who started it all is always tucked somewhere, giving kids an impromptu scavenger hunt wherever they choose to rest their heads.

Cots? Think again.  If there’s a spot to sit on in the room, it’s likely hiding a pull-out mattress. Single beds fold out of armchairs, couches almost always contain pull-outs and some television credenzas even behold pop-out beds. These ingeniously concealed mattresses, which can be found in certain rooms at resorts including Disney’s Caribbean Beach Resort, feature restful Disney artwork to help put the little ones to sleep in what’s essentially a bed-in-a-drawer.

Miss the Comforts of Home? They’ve Got Those, Too.

An additional 5,000 WDW rooms are earmarked for these getaways, built as studio apartments or multi-bedroom rental properties—with grand villas available for parties of twelve — but the biggest secret is that anyone can book them. And, with rooms ranging from treehouses within Disney’s Saratoga Springs Resort & Spa’s lush forest to mini-apartments with Magic Kingdom fireworks views at Bay Lake Tower at Disney’s Contemporary Resort, there’s an idyllic option for every type of trip.

If You’re Not Into Disney, There’s a Hack to Find Your Best Hotel.

Don’t want to be showered in pixie dust? Opt for a convention center hotel, like Disney’s Yacht Club, which can have subdued decor and specific modernizations aimed to entice business travelers. Rooms at Disney’s Coronado Springs Resort, which just underwent a redesign, favor a contemporary-industrial style with raw metal accents, bathrooms with dual farmhouse sinks and a modular storage system—a sharp turn from the previous wood-carved headboards and turquoise bedspreads of the Spanish Colonial Mexico resort. If its modern minimalism you’re after, all you might have to do is wait. Disney’s next hotel openings, including Coronado’s forthcoming 15-story, 500-room tower and a newly announced nature-themed resort, opt for a dialed-down aesthetic as well, meaning that the hotels of the future will likely be geared directly to you.

There Are Luxury Getaways Hiding Right Under Your Nose

Disney Vacation Club hotels are also home to the flashiest of pixie dust-laden options, like Copper Creek Cabins with jacuzzis overlooking a scenic marsh or Disney’s Polynesian Resort waterfront bungalows with hammocks and plunge pools. The newer additions to Walt Disney World lodging provide a vacation-within-a-vacation atmosphere, with amenities and interiors tempting enough to pull you away from the parks in order to luxuriate in the views.  Furnishings at these newer properties tend to be significantly more upscale as well, with vanity TV mirrors, Kohler rainfall showerheads and freestanding hydrotherapy bathtubs among the noteworthy features.

Amenities across other hotels on property are nice as well. Disney holds its suppliers close to the vest, but Simmons provides many of the standard mattresses at Disney’s hoteliers, so if you slept uncommonly well (and not from exhaustion after a 14-hour day at Magic Kingdom) you can order one directly to your house.

The most magical place on Earth? It definitely sounds like so.

These Are the Most Unusual Hotels In the World