The Under-the-Radar Seaside Towns Where the French Vacation

An insider's guide to the Parisian Riviera. 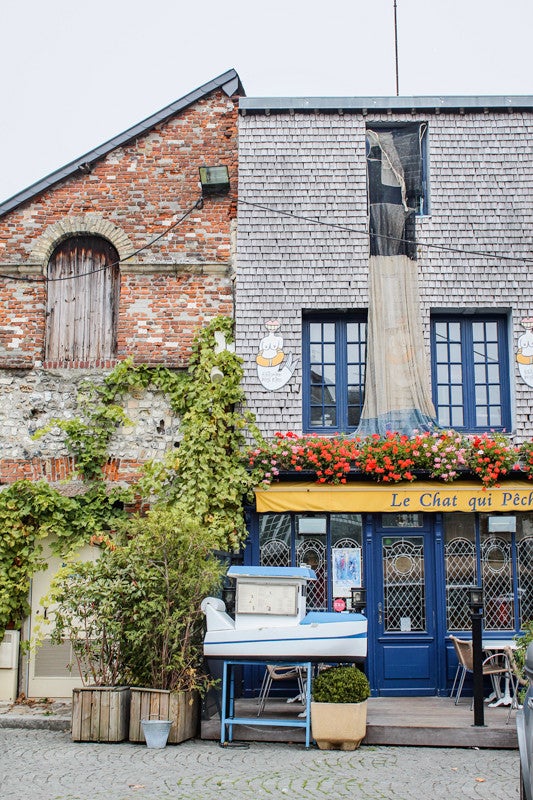 Situated on the Northwestern coast of France, the seaside resort town of Deauville has long remained the travel destination of choice for Paris’ society. Dubbed the “Parisian Riviera,” Deauville has stood in as host to myriad events spanning international film festivals and horse races. Its claim to fame is one that is difficult to pinpoint—it is said to have been the birthplace of Coco Chanel’s foray into clothing design, it inspired the setting for the popular Bond film Casino Royale, and even earned a nod in Fitzgerald’s The Great Gatsby. Nevertheless, it may be the commune’s unrelenting grasp on its historic past and preservation of the surrounding architecture which, has contributed to its longstanding position as an elite locale.

Today, Deauville has retained many of its renowned qualities. The layout of the town boasts a quintessential ode to its historic past, its many roads leading to a center where an impressive goods market offers the best of the region in fruits, vegetables, and dairy. The beach is lined with massive properties reminiscent of its establishment during the Victorian era. A long-spanning boardwalk lines the coast, featuring a handful of open-air eateries, dotted by the occasional slew of changing rooms dubbed with the names of Hollywood elite.

Deauville has come to align itself as a place for equestrians. Come August, Europe’s best make their way to the town for the Meeting of Deauville Lucien Barrière, the biggest race of the France Galop. Each year, over 72,000 spectators gather to watch the 150 races that take place over the course of the month.
Being the illustrious destination that is Deauville, it comes as no surprise that the lodging available is equally as grand and impressive. A bevy of hotels and casinos line the scenic coastline, among them the Royal Barrière. Built in the early 1900s, the hotel is easily one of the more notable points of interest in Deauville: it’s conveniently situated adjacent to the square housing high-end boutiques and faces the magnificent beach. With over 200 rooms, the historic landmark is now a part of the Leading Hotels of the World and even boasts a world-famous casino.

Throughout Deauville, there is an undeniable evolution when it comes to both the architecture and lifestyle. The casinos offer the uprated elegance and glamour that is so wildly prominent in the area. The delicate balance between the old and the new promises a unique experience one would find difficult to place elsewhere. Luxury properties such a La Ferme Saint Simeon emulate the glamour the region is known for, while quaint home rentals offer experiences of life as a local.

From Deauville, a two-minute speed boat ride leads to the fisher’s village of

—charmingly enough, upon the early morning low tide, a drawbridge is placed, allowing one to make the journey by foot. Here, an untouched glimpse into the village’s past comes by way of the extravagant beach homes that dot the boardwalk. Thanks to the strict guidelines and regulations placed in way of altering the architectural integrity of the town’s structures, the Victorian homes have largely remained as they originally stood. Save for the handful of inevitable modern updates, the beach homes boast an air of grandeur and unforgotten charm. It’s a refreshing change from the many modern and luxe structures that one may come to find in the south, further accentuating the allure of Trouville. As one would come to expect, an open-air fish market lines the rocky coast of the village, bearing a fascinating array of fresh seafood, frequented by locals and tourists alike. A myriad of restaurants and seafood cafes boast elaborate demonstrations of their fresh catch of the day, chefs shucking oysters and drawing fragrant broths of fennel and wine, to stew up the day’s main course of mussels.

Stop in for a drink or dinner at Les 4 Chats, a local hotspot that promises a good time.
The port-town of

is another one of the more notable communes on the Normandy coast. An 18km drive from Deauville, the bustling town once stood as a point of inspiration for impressionists from the likes of Boudin and Monet. Today, traces of the historic era are clearly reflected in the architectural details found within the town limits: It’s home to the largest wooden church in Europe, Sainte-Catherine’s, which stands in the place of a former stone-built one, devastated during the Hundred Years’ War. The sites to see are undoubtedly limited compared to its neighboring towns but what Honfleur lacks in attractions, it more than makes up for with character and charm.

Pro Tip: Pick up a bottle of Calvados—the apple brandy is a specialty in the Normandy region, brewed from only the finest!

Cats are a dominant motif of the coastal communes. Odes to the feline range from the subtle to the more pronounced: you’ll find that many of the local eateries and pubs will allude to them in one way or another. The tradition itself is directly correlated to the communes’ history associated with fisherman. Throughout time, cats became the ammunition of choice in efforts to prevent mice from destroying the fisher’s nets. Hence why today, one can expect to find an array of cats wandering around Europe’s numerous seaside towns.

As is true with many historic towns, renovations and revamps are an integral aspect of preserving the historic integrity of the architecture. In Honfleur, crumbling homes are given a new lease on life when each one is systematically broken down and rebuilt, piece by piece. Needless to say, inspiring entries come aplenty.

Why You Should Plan an Off-Grid Getaway One Island, Two Ways: Italy’s Enchanted L’Isola dei Galli

A Dreamy Must-Visit Hideaway on the Chesapeake Bay