The Alpine Village Where the Royals Spend Their Winters

Here's why you should visit the most obscenely gorgeous place to spend winter. 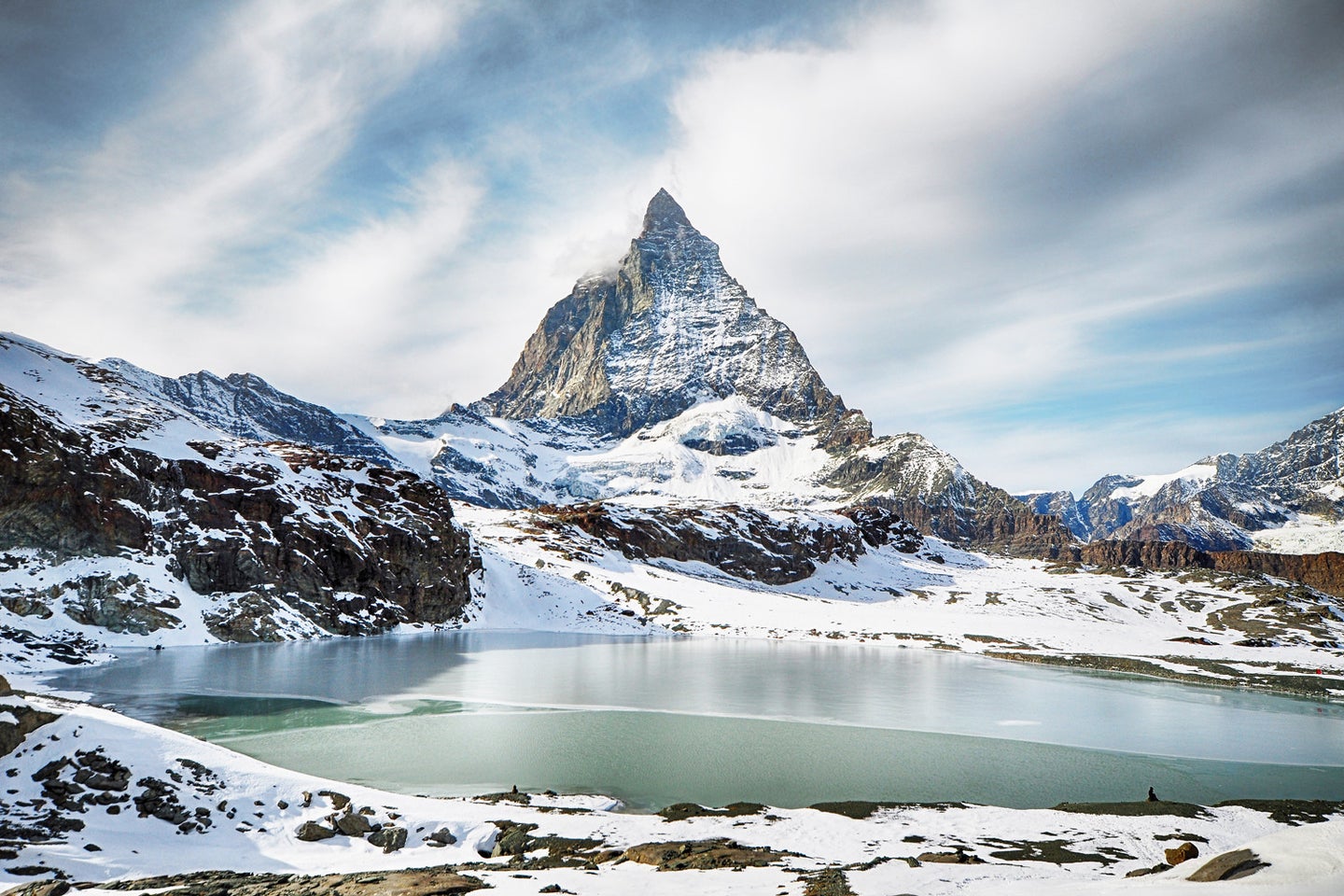 Do you dream of skiing down the Swiss Alps, and just casually bumping into Pippa Middleton? Or maybe steaming in a world-class sauna next to Claudia Schiffer?

St. Moritz is your place then.

Celeb scouting not your thing? Well, maybe skiing, bobsledding, ice skating, skijoring (skiing while being pulled by horses, of course…), drinking cocktails by the fire, spa’ing like it’s a verb, or horse carriage rides in the snowy countryside are more up your alley. Well, hey, that’s still St. Moritz, too.

In the birthplace of winter tourism, anything is possible. Once dubbed “the most fashionable village in Europe,” the luxe vibes still exist, but it’s turned much more approachable and family-friendly as the years have passed on. (Although, for a simple “village,” it still does offer some legit fashionable shopping from Cartier, Gucci, and Prada to just name a few.)

Where is it and how do I get there?

Tucked into the southeastern corner of Switzerland at nearly 6,000 feet above sea level, St. Moritz is a well-worth-it trek (and maybe one of the most beautiful treks on this planet). Just a six hour flight from New York to Zurich, where, on arrival, you’ll be hard pressed to find a more minimalist and shockingly stunning airport—seriously the lounge chairs in the gates would not be out of place in a sleek mid-century modern California home.

From Zurich, you’ll hop on the iconic Bernina Express—the historic red Swiss mountain train, for a 3-hour ride along one of the most beautiful railway routes in the world (and you’ll go over the Landwasser Viaduct, one of the most incredible bridges on this planet.)

There are a few extravagant hotels able to make your luxe St. Moritz fantasies come true. But we’d recommend bouncing between Kulm Hotel St. Moritz and the Grand Hotel Kronenhof Pontresina (and they are just about a 10-minute drive from one another).

The iconic and historic 172-roomed Kulm Hotel (with five restaurants, three bars, and a giant spa) is just minutes from the Swiss Alps, and it’s the perfect mix between old and new. The hallways are lined with well-storied antiques, and it claims a number of firsts: The first-ever light bulb used in Switzerland, the first bobsled run happened just down the street, and Charlie Chaplin, the OG movie star, learned to ski while staying at the Kulm. Winter tourism was literally invented in Switzerland, including curling and skiing too.

The new? Well, maybe you’ve heard of an architect named Lord Norman Foster. Last year, the star English designer and architect redesigned the famed Kulm Country Club, the historic spot, which opened in 1905, and was the official event base for the 1928 and 1948 Winter Olympics. It completely changes the game from what we think of as a country club, with the ice skating rink as the main feature, and bold wooden Engadin craft design special to the region.

And if you’re coming to the Kulm, swing for one of the redesigned Pierre-Yves Rochon rooms—each room features wall and ceiling pinewood panelling, which leads to a multi-sensory impact in both sight (gorgeous!) and fragrance (hypnotically relaxing!). Quick, make a Swiss pinewood candle, Kulm.

And, we haven’t even gotten to the Kulm spa. Oh boy. The spa can commonly be mistaken as heaven. You should hop between the many available experiences, including: an outdoor pool that must be handcrafted by baby angels (with specialized and very powerful water jets); the scenic indoor pool, whirlpool, salt water grotto (a MUST), steam baths, and sauna rooms (plural, thankssomuch); infrared cabin with heat therapy technology that literally melt away your worries; a hot-cold footpath (neat!); and a relaxing room overlooking the lake and mountains.

The Kulm’s quieter, fancier sister, Grand Hotel Kronenhof Pontresina, makes an ideal, also 5-star, counterpoint to the Kulm. Looking like a carbon copy to a Wes Anderson movie location, the Grand Hotel feels like staying in a super luxe jewel box (in the best way possible).

Nestled in the most charming, quiet town just 15 miles out of St. Moritz, the hotel’s 19th century facade only hints at the history hiding inside. Including Switzerland’s first bowling alley (still in working order, and adorable), probably the most civilized tea room outside of Buckingham Palace, and a famed signature dish that’s all about the display (specifically, Canard à la Presse, which is so special that it’s only made possible by a handmade contraption that squeezes all the juices from a cooked duck to then pour over the final dish as a sauce in a bold display).

Oh, and our ol’ friend Pierre-Yves Rochon came back around to redesign some of the coziest wood paneled suites, too. Good enough for Pierre, good enough for us.

And have no fear, the spa is just as large as Kulm, and it offers an indoor pool so breathtakingly beautiful, visitors are known to forget all their troubles while in the warm water looking out on the scenic Alps (consider it an elevated form of meditation).

Not into spa’ing? Okay, head to the largest gin bar in Switzerland where the bartender knows a lot more about gin than you do. Or head to dinner at one of three dining options inside, including the awe-inspiring The Grand Restaurant, which would not look out of place in Versailles, so channel those Marie Antoinette vibes and demand cake for everyone, and then let them eat it.

Known for their impeccable service, too, which reflects manager Marc Eichenberger’s vision, no request is too outlandish or luxe.

Where to Eat and Drink

So much food, so little time. It was only a matter of time before the food scene caught up to the winter sporting/celeb spotting scene. It’s practically a gourmand’s paradise now, let us count thee ways…

CheCha Restaurant is literally on the slopes and has a truffle flatbread pizza that will make even a seasoned truffle hater (me) into a true truffle believer (now me). Fun fact: This is one of seven restaurants by St Moritz’s most famous chef, Reto Mathis.

The annual St. Moritz Gourmet Festival is in late January at the Kulm, and the theme and (highest calibre) featured chefs change yearly.

With it’s neo-baroque vault, dating from 1872, the Grand Restaurant at Grand Hotel Kronenhof Pontresina, as mentioned above, is a once in a lifetime experience. Specializing in iconic Swiss culinary specialities, but elevated to fit the upscale environment, it’s the perfect moment to put on the fancy outfit you’ve been dying to wear and just really milk the elegance.

Dracula Club was founded in the mid-1970s, and is perfect for those wanting a scene-y, members only, celeb-spotting, late-night hang.

Sunny Bar by Claudia Canessa is one of five restaurants in the Kulm, and the bar has been known as the St. Moritz Tobogganing Club, established over 130 years ago. In the winter though, it’s been taken over by badass chef Claudia Canessa, where you can enjoy authentic, incredible Peruvian cuisine.

Where to Ski, Après Ski, and Winter Sport

Corviglia, the “backyard mountain” of St. Moritz is minutes away from the town center, and has such a variety of runs that it’s the perfect mountain for both beginners and seasoned experts. (And ppssstt: the multilingual instructors are available at the drop of a hat and, you didn’t hear it from us, but they all look like off-duty models; shout out to our patient, Prada model lookalike instructor, Giacomo.)

And cross country skiing is a thing here, guys. For good reason, you can be part of the gorgeous scenery while getting a pretty serious workout. Try it out near the Val Roseg glaciers for jaw-dropping views and a variety of runs.

St. Moritz-Celerina Olympic Bobrun is where you can bobsled where bobsledding was invented. But don’t assume because it’s still the original run that it’ll be an easy ride. It was built for adrenaline, and it’s on par with a once-in-a-lifetime experience like bungee jumping or skydiving. While the run (with a professional pilot and braker) last only 90 seconds, you’ll reach speeds as high as 170 km/hour. (And there is an announcer mentioning your sled’s every move that makes you feel like you’re an Olympian.)

More on the spectating side, but annually there is a snow polo match on the frozen St. Moritz lake (right outside of the Kulm), where professional polo players have been competing, rather dangerously tbh, in the only snow polo match in the world since 1983.

Still into spectating? Let a horse or two give you a ride while you sit back with your hot toddy and blankets, and take in the scenic Engadin mountains on a horse carriage ride.

Interested/wanna see what Pippa is up to? Check out the official Swiss guide. Or, hey, I’ll go with you, just let me know if you have questions and what dates you’re free!

Why You Should Honeymoon in the Seychelles Why You Need to Visit Marfa, an Art Oasis in Texas The Ultimate Guide to Bali for Every Type of Traveler