A guide to the uncharted region that's breaking out in its own right. 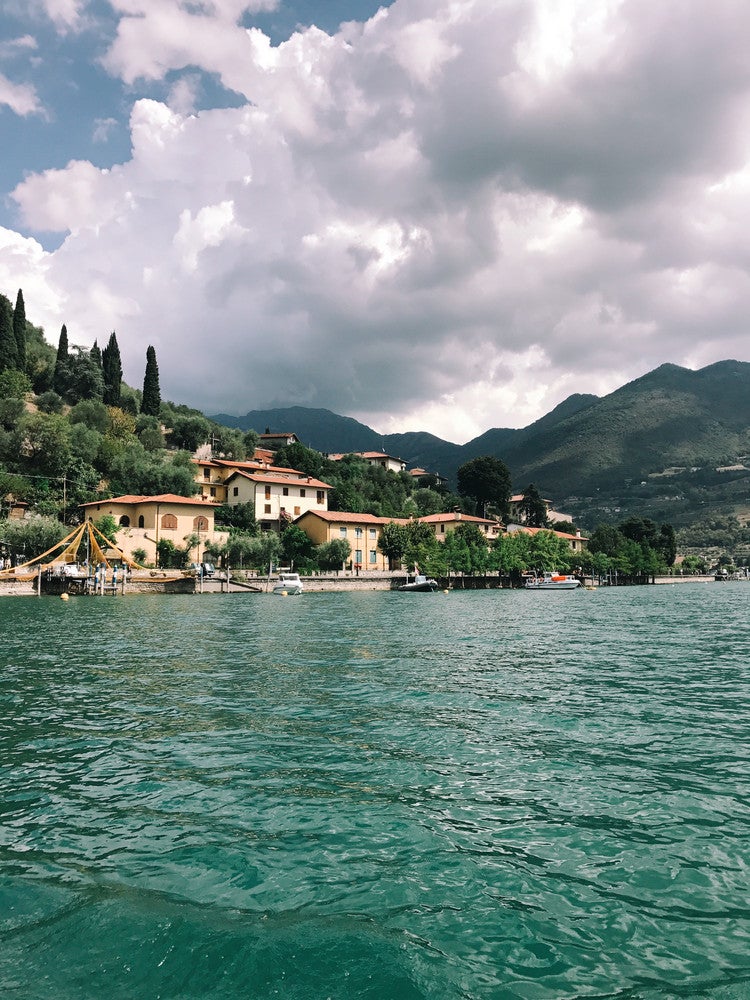 From the winding cliffs of the Amalfi Coast to the rolling Tuscan hills and ancient Sicilian ruins, Italy has long reigned as one of the most captivating destinations in the world. Its geographical diversity, which offers a myriad of locales encapsulating sun, sand, snow, and everything else in between, is one prime reason for this, the nation’s highly regarded and keenly celebrated cuisine is another.

And while most have a relatively established understanding of the country’s key destinations—Venice, Florence, Naples, Rome, to name a few—there are a handful of the more “up-and-coming” spots, quickly rising in the ranks. To the southeast, there’s Puglia, a vibrant region comprised of whitewashed dwellings and the spanning coastline of the Adriatic Sea with its blue-green waters to match. To the far west, Sardinia, once an idyllic playground for the elite, now a more accessible destination that has come to be dubbed as the Caribbean of Europe. Off the coast of Naples, lies the volcanic island of Ischia, its spot secured on the map by celebrated Italian novelist Elena Ferrante, who based her Neapolitan novels on the locale—and as evident, the list goes on and on.

Italy’s depiction in film, written works, and art have established a romanticized vision of the country, one that celebrates a rich and ancient culture. Among the pillars of such, an affinity for spirits, which dates back centuries ago, constituting the country as one of the oldest wine-producing regions in the world. When it comes to product, variety is a given, complementing the breadth of climates saturated within a specific region. And for as familiar as one may be with said variety of wines, one relatively new region is breaking into the scene.

Situated roughly an hour and a half outside of Milan, in Italy’s Lombardy region, you will find the province of Brescia. In the past couple of decades, it has gained recognition thanks to doubling as a hub for the production of sparkling wine. The region, known as Franciacorta, is nestled in between Lake Iseo at the southern foothills of the Italian Alps. It sits in the shadows of Lake Como, the trendy resort town George Clooney calls home, but it is by no means one to skip over.

Franciacorta has been categorized as a blossoming suburbia, caught in between the medieval era and a 1960s revival. Consider it the Italian equivalent of Sonoma. The majority of the vineyards are family-run, some even taking part in the growing agritourism sector that is changing the way many choose to vacation. The various establishments range from the ultra contemporary to dwellings survived from the medieval era, each one backed by spanning vineyards, extending as far as the eye can see.

For those flying into Milan, the region is accessible by car, a roughly 1.5-hour drive. Alternatively, you may take a quick train to Brescia and transfer by car to Franciacorta.

Where to Stay + What to Do

Nestled in the Italian countryside you will find L’Albereta Relais & Chateaux, a boutique hotel that is a vision of unparalleled stature. The rich architectural details of the establishment have garnered the hotel worldwide recognition, its artistically-charged exterior enough to warrant a visit in their own right.

The rolling greens of the setting contribute to the idyllic backdrop, complemented by moss-covered facades of the hotel and its surround. The estate sits behind rows of vines, extending long and far, disappearing into the distant purview—it’s difficult to pinpoint just where the landscape ends and the base of the hotel begins.

A warm gust of wind brushes over us as we make our way through the color-fueled grounds, which befittingly double as a sculpture park home to an array of donated pieces.

The interior of L’Albereta is elegant yet tasteful, carefully melding period-inspired pieces with contemporary elements. The vibrancy of the saturated greens outdoors contribute just as much to the design of the hotel—floor-to-ceiling windows provide unadulterated views, seamlessly blurring the lines between the indoors and out.

Dine at VistaLago Bistrò—from its terrace, you may catch a glimpse of the nearby Lake Iseo—one of the hotel’s many eateries, where an impressive menu caters to the authentic flavors of the region. For lighter fare, head down to The Branch, an outpost of sorts where you can snack on award-winning brick oven pizza designed by Franco Pepe.

After dinner, grab drinks and idle around the grounds—trees adorned with string lights will guide the way—and unwind at the beautifully decked terrace.

A few miles east, you’ll find Corte Bianca, a family-run winery that sits on acres of rolling greens. Almost as impressive as its backdrop is the beautifully designed home you will find in the center of it all, designed by architect Marina Tonsi, who shares the home with her husband who runs the organic winery.

The design is contemporary with a hint of stark minimalism and yet, the intricate details of the architecturally sound abode more than make up for the lack in color. The structure itself is whitewashed and naturally serene, filled with wide passageways and tall ceilings, the home’s captivating grounds are framed by fragrant rows of lavender and wispy olive trees. Stop by and you’ll like get a tour from the vintner himself, a tasting of Corte Bianca’s sparkling wine in the medieval-era cellar, and light bites served with homemade jam and honey from the bee-farm a mere half kilometer away.

Visit any winery in Franciacorta and you will walk away brimming with a historical overview of the region, familial adages, and plenty of anecdotes. At Monte Rossa, a guide tour was capped off with a tasting inside the historic home that sits on over 70 hectares of vineyards. The ivy-covered facade of the towering mansion leads into the massive cellar, which houses the winery’s 500,000 bottles produced yearly.

Franciacorta’s geographical positioning is one that contributes to the unique taste of the sparkling wine. The region’s soil is comprised of a variety of minerals and clay, derived from the steady stream of warm air descending from the northern mountains—coupled with the one of the nearby Lake Iseo, the grapes of the region result with a distinct quality in taste.

After you’ve drunk your fill of sparkling wine, a little sightseeing is in order. In the heart of Lake Iseo, you will find Monte Isola, one of Europe’s smallest inhabited islands. Charm is an undeniable attribute, the streets come lined with floral-filled exteriors, facing the harbor that’s chock full of wavering sailboats. In town, you will find an ice cream shop, mini souvenir stands, and a handful of cafes dotted with locales.

Dig deeper in and you will come across a shop for fresh sardines, another one solely dedicated to jam and charcuterie, and mom-and-pop-run eateries that promise a delicious homemade meal. A meager climb up the hill will set you in front of a baroque establishment, the church of San Michele. The views from here are simply unparalleled. On one hand, you have winding, narrow passageways lined with stone and on the other are spanning views of the serene lake. A simple hike uphill provides panoramic views of Sulzano and its surround.

A short ferry ride over, Sulzano belongs to the mainland, its streets filled with dreamy pathways and buildings of an eclectic spectrum of saturated hues. Walk through the alleyways in the late afternoon and you’ll hear the distant clanking of pots and pans as locales gear up for the evening’s dinner. With each passing block, you will snag views of the lake, an indisputable staple of the terrain. Riddled with antiquity, a walk through town unveils a slew of historical centers and museums.

As with most of Italy, village blocks are not complete sans streets of colorful abodes, beautifully set to complement one another. And while Franciacorta has yet to join the ranks of global popularity its surrounding cities have achieved, its under-the-radar aspect designates it as the ultimate gem. Free of packs of tourists, the streets of the incorporated towns are instead starred with locals. A burgeoning culinary scene combines the flavors of the region with an ode to the traditional. In Franciacorta, you are offered a unique glimpse of the everyday. That, coupled with the dynamic landscape comprised of magnificent mountains and tranquil lakes, earmark the destination as Italy’s best-kept secret. Well, for now, anyway.