Diane Keaton Is Renovating Yet Another Home 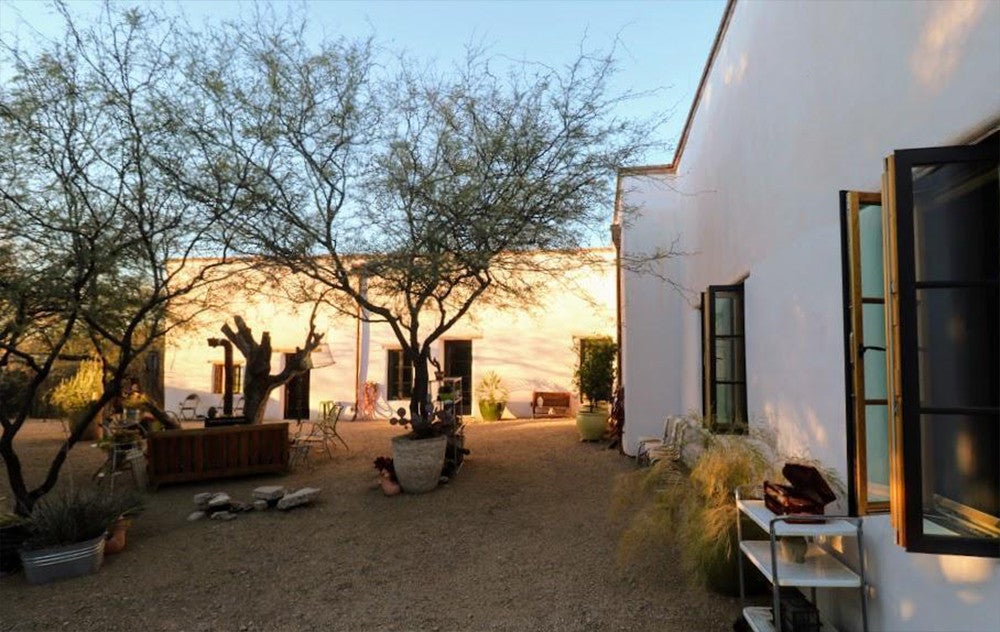 Academy Award-winning actress Diane Keaton knows a thing or two about home design. In fact, she’s also a writer and veritable decor expert: Her recent book, The House That Pinterest Built, is an ode to her eye for the eclectic—and love of Pinterest—as well as a nod to her design hobbies… which include house flipping in her spare time. A few of her famous flips? A Beverly Hills mansion she sold to Madonna, as well as the Frank Lloyd Wright, Jr.-designed Samuel-Novarro House in Los Feliz, which is currently owned by Christina Ricci. No big deal. And if Keaton’s own chic California home is any indication, her renovation skills are pretty darn great.

Per Variety, Keaton just added another home to her vast repertoire—and we’re sure she’s going to fix this one up too. Located in the historic Barrio Viejo neighborhood of Tucson, Arizona, the four-bedroom, three and a half-bathroom home seems to resemble more a commercial building than a traditional residence, probably due to the fresh white stucco on the exterior.

Built in the 1890s, the restored home was picked up by the actress for a fairly modest (by celebrity standards) $1.5 million, and clearly could do with a little of her expert touch. Exposed brick floors and mud-plastered walls are an homage to the home’s history.

One huge positive the home does have going for it is its square footage. At 4,572 square feet, it has several rooms that can be converted as Keaton so chooses. We’re thinking maybe a gym, a library, a home office, or whatever else tickles her fancy. High ceilings allow plenty of space for

, and the rustic-style kitchen has us dreaming of some really stunning wood accents waiting to be added.

Beamed ceilings and a built-in bookshelf make for clever use of a library room, while dark floors also add a feeling of sophistication. And lest you think all that wood would be ridiculously dingy, the several large windows throughout the home bring in tons of light and will definitely convince you otherwise.

The home makes full use of its sloped ceilings, and offers plenty of other amenities that would make someone want to snatch up the property in no time, including an ensuite bathroom and laundry room. There’s even a guest bedroom and home office, which is getting us so excited about the possibilities to come. A multitude of fireplaces, a built-in guest house, and a stunning outdoor space add to the home’s charm.

“Pinterest was the inspiration, the reference, and the guide,” the actress told Domino last year about the home she designed, which is featured in her book. “In the end, the whole thing feels like a mystery come true.” We’re sure we’ll feel the same when this new home is suddenly placed on the market, entirely redone with Keaton’s trained eye.