Plus her on-trend pandemic furniture purchase. 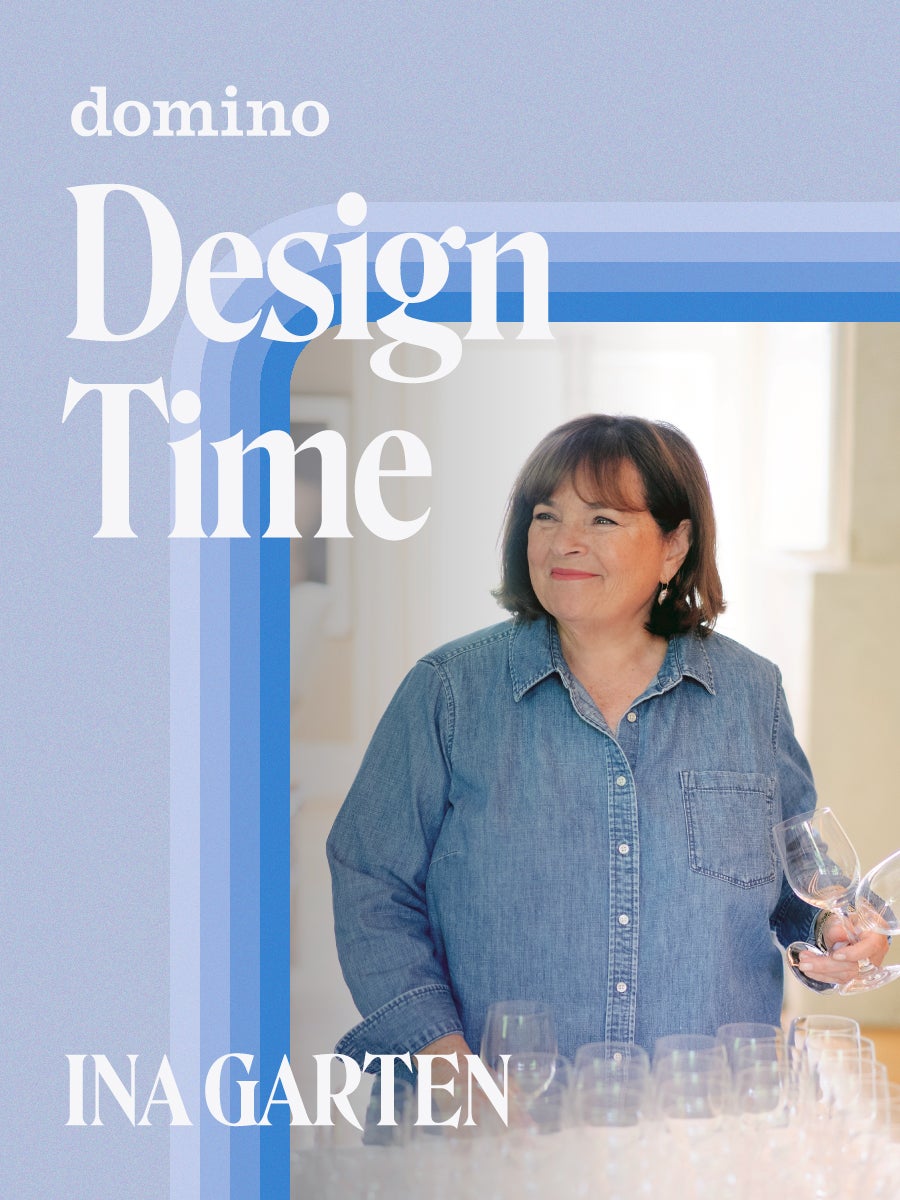 An iconic author, TV host, and all-around entertaining expert, Ina Garten is the O.G. multi-hyphenate. And on this week’s special episode of Design Time (out today on Spotify and Apple Podcasts), Domino’s editor-in-chief, Jessica Romm Perez, granted her one more title: “the rock star of quarantine.” With a new comfort-food cookbook (released on October 8, just in time to soothe election anxiety), a viral Instagram moment in the form of a massive cosmopolitan, and pantry advice, the cuisine queen has proven herself to be just the pandemic salve we need.

Like all of us, Garten is spending her time preparing for a very different kind of Thanksgiving, forgoing her usual Hamptons affair for a quiet meal with her husband, Jeffrey. But just because her plans are downsized doesn’t mean her meal-prep and recipe tips are. She shared everything from her go-to cabinet staple (vinegar) to more recently discovered favorites (she’s getting into sriracha) with Perez, as well as the 10 things inspiring her right now, which you can discover below.

Material of the Moment

“Nicole de Vésian was a very famous French garden designer. She used literally four things when designing, that was it: natural linen, leather, wood, and stone. Everything she owned was in one of those materials. Sometimes it was old stone she found on the neighbor’s property and asked if she could have it. Sometimes it was linen from a curtain that was being used as a sofa cover. She understood patina and the simplicity of those four natural elements. That is really inspiring to me.”

“There are three restaurateurs I admire because they do that kind of simplicity and good quality in their restaurants. Missy Robbins from Lilia and Misi in Brooklyn, who’s just stunning. Danny Meyer, because he understands hospitality and I find the food in his restaurants uniquely flavorful and delicious and simple. And Jean-Georges Vongerichten, who creates extraordinary restaurants, and every single one is different and consistently great. I don’t know how he does it. I have no idea. But he does.”
Aspen Collection, Williams Sonoma
Shop

“I have silverware that I got probably 30 years ago called Baguette. I don’t even know the name of the company. I use simple white plates; all my plates are white. The ones I’m using now are from Crate & Barrel.”

“In the spring it’s pink peonies, and in the fall it’s orange dahlias.”
The Daydream, Urban Stems ($75)
Shop

“Whenever I’m on a book tour, we stay at the Peninsula and have breakfast in the rooftop garden. It’s a great final destination.”

Kitchen Material of the Moment

“I love having a huge, long kitchen mat. It’s quilted, so no matter how hard the floor is, you’re always standing on something that’s really comfortable.”
Sebou Mat, Lulu and Georgia ($38)
Shop

“Having a cocktail with my husband, Jeffrey. That’s always good fun.”

“Actually, when the pandemic started, I was going crazy at the house, and Jeffrey and I moved to the barn for a couple of days. I needed two comfortable chairs for watching great series on TV. So I went to a store in Sag Harbor called Monc XIII and saw two chairs that were just ridiculously expensive. But I thought, it’s a pandemic; I need really comfortable chairs. They are mid-century modern and have shearling seats. They are the most wonderful reading chairs. There’s two of them; they’re matching. So Jeffrey and I each sit in one of them and watch TV.”
Gwyneth Chair, CB2 ($899)
Shop

“The Crown! Isn’t everybody watching The Crown? We watch lot of European series; there’s one Swedish series called Thicker Than Water about a family that owned an inn on an island near Stockholm. We also watched a Danish series, Borgen, that’s fabulous. And, of course, Broadchurch.”