This Couple Reno’d Their Brooklyn Home With a Strict Deadline: The Birth of Their Baby

Another must-have? A Japanese tub for much needed chill time. 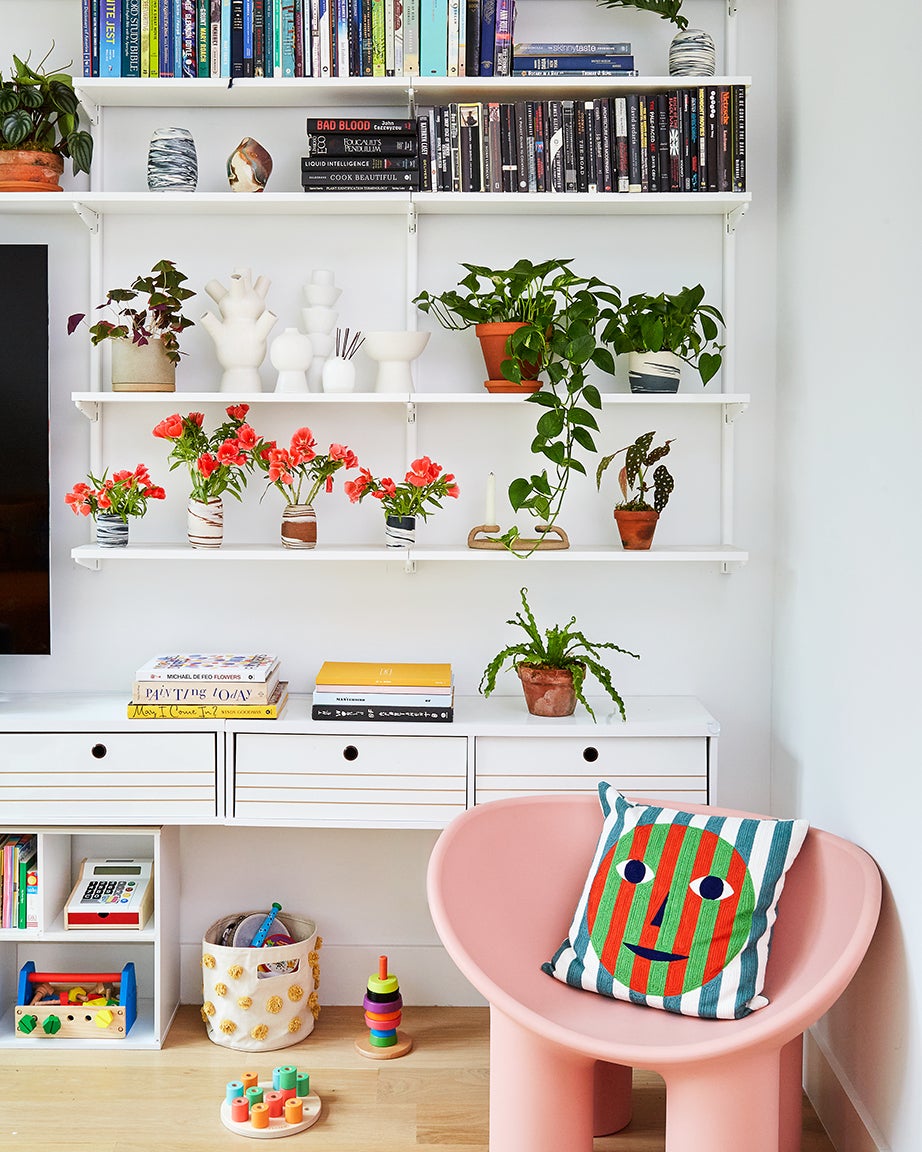 Linda Bui wasn’t exactly looking for a renovation project. When she and her husband, Maurice Singer, who works in real estate, started scouting Brooklyn for a new home, Bui had her heart set on something that was completely finished. Singer, however, had other ideas. He was searching for a long-term endeavor where he could learn more about building and design. “I fell for it,” Bui says with a laugh. A year later, with permits in hand and architects on board, the pair began shifting their newly purchased Williamsburg row house into a bright, kid-friendly three-floor home.

Even though Bui didn’t initially have a big demo and rebuild in mind, working in operations for beauty brands (including Glossier and MAC, and now Ami Cole) meant she was totally prepared for what turned into an almost two-year process. “At first I was super hands off and let Maurice make decisions, but then when it was taking so long, I was like, ‘I have to become more involved,’” says Bui. “I basically checked in with him every day, and I would do walk-throughs to see what was completed. I made sure I was copied on all communication with contractors as well.” At the time she was also pregnant with their daughter, Rowan, so meeting deadlines was especially important.

Which is probably why the now 17-month-old was the first to get a finished room, where a purple sloth rug rests on the floor and a white tiger version (“I knew I wanted that rug in her room before she even existed,” says Bui) looms over the crib.

Nearby, a tot-size table and chairs made from recycled plastic toys provides a fun place for Rowan to get creative—and Bui smartly points out that it’s heavier than most kids’ furniture, so it’s difficult to tip over. Another mom plus? It easily wipes clean.

In the living room, where a similar palette of colorful millennial shades abound (think: pale pink, bright yellow, and cobalt), a ceiling-high Elfa shelving unit displays the couple’s books and plants and Bui’s marbled pottery—a prebaby hobby—but also leaves room underneath at toddler level for storing Rowan’s toys. Bui admits that the sunny velvet modular sofa isn’t the most spit-up–friendly fabric (“I clearly wasn’t thinking about kids or dogs when I was shopping,” she notes), but sometimes, as she says, you buy what you love and let life happen.

You’ll see her affinity for the rainbow in her gingham bedsheets, lemon nightstand, and, of course, that sofa, but also in her closet: Bui’s personal style has always gravitated toward chromatically confident hues. In other words, she’s never been an all-in-black New Yorker, even if the powder room makes use of a midnight palette with floor-to-ceiling ebony tiles. “For contrast,” she explains.

The one place where she showed color-wheel restraint was in the main bathroom, where creamy tiles mingle with terrazzo floors, all leading up to a custom Japanese ofuro soaking tub. Next to the double showerheads, it’s delightfully lo-fi. “I lived in Japan for a year, and it’s always been my adult dream to have this tub,” she says. “The wood smells so good.”

Wood also appears on the ’70s-inspired screenlike staircase railing, an idea she spotted on Instagram and asked her contractor to replicate. “Most townhouses in Brooklyn have traditional stairs, but this makes it interesting and design-y,” she says. It’s also a cool foil to the white walls and simple layout.

Eventually the couple plans to build a pottery studio in their fourth bedroom—the third is Bui’s office—where she’ll take up throwing vases again. And if she has anything to do with the project management, chances are she’ll be spinning clay sooner rather than later.