Does your home need camel swag? If you love boho style, the answer is yes. 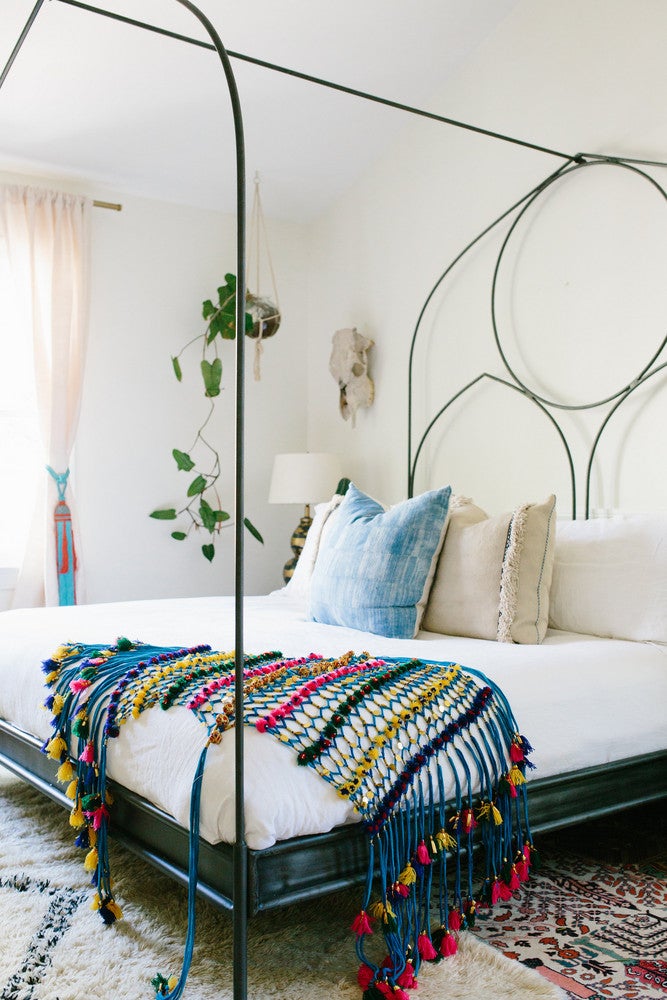 With her Instagram feed that celebrates more-is-more style, explosive color, and exotic lands, Carter Seibels Singh helped create the tassel craze. Now she’s poised to take it up a notch.

Carter, whose home base is Charlotte, North Carolina, travels to India annually to gather handmade tassels, pom-poms, and other embellishments intended to dress up the local camels. Since 2013, she has marketed small “camel swag”—a now-popular term she coined—as craft supplies for jewelry, purse charms, and scrapbooks in her online store, Woman Shops World. And today she launched a new line of supersized tassels and other large pieces perfect for modern-boho home decor.

It turns out that a rainbow camel necklace makes a great throw at the end of a bed. And, when used as tiebacks, 25-inch turquoise tassels bring desert drama to simple white curtains. But the new products “don’t even need to serve a purpose,” Carter says. “They’re so amazing, they can just hang there and be beautiful. It’s big eye candy.”

Speaking of big, some pieces in the decor collection are technically “truck swag.” For instance, the sparkly Caravan tassels made of tinsel are sold at roadside stands in India to festoon delivery trucks during Diwali, the Hindu festival of lights.

Even when India isn’t on holiday, “Everything is a cluster of color mayhem and too much,” says Carter, 37. Clues throughout her early life hinted she would fit right in. When she was a child, “My parents let me paint my room, and [I picked] Granny Smith green,” she says.

In high school, she made “huge friendship bracelets with crazy, complicated patterns.” As a sophomore at the College of Charleston, where she majored in communications, she and a roommate even started a business called Divali Glass Jewelry, named after the festival that would inspire Carter to stock up on “truck swag” many years later.

In 2002 the name Divali Glass Jewelry also sparked a connection with Carter’s future husband, Aveesh Singh, a native of Delhi, India. “He couldn’t believe that an American had named her business after this Hindu festival,” she says.

A bead dealer living in Berkeley at the time, Aveesh saw Carter’s designs in a newsletter and asked her to collaborate with his wholesale company, Beads Forever. The two met and partnered up in every sense, marrying in 2009 and having a son, Jai, in 2015.

After a decade of what was often banal office work for Beads Forever, Carter needed a change. “I guess that color-loving, chaotic, creative side of me said, ‘I can’t do this anymore,’” she says.

She poured her knowledge of importing, her design skills, and her love of embellishments into Woman Shops World, a personal offshoot that started with one type of African bead and now has the web’s largest selection of tassels, according to Carter. “Everything is purely things that speak to me and things that I want to sell,” she explains. Pink-and-white tassel earrings brush her cheeks throughout our chat, as if to punctuate the point.

What’s next for the woman who shops the world? “I think we might start doing India every other year and exploring some other places,” she says. “Peru is really on my mind right now.”