How can we disagree? 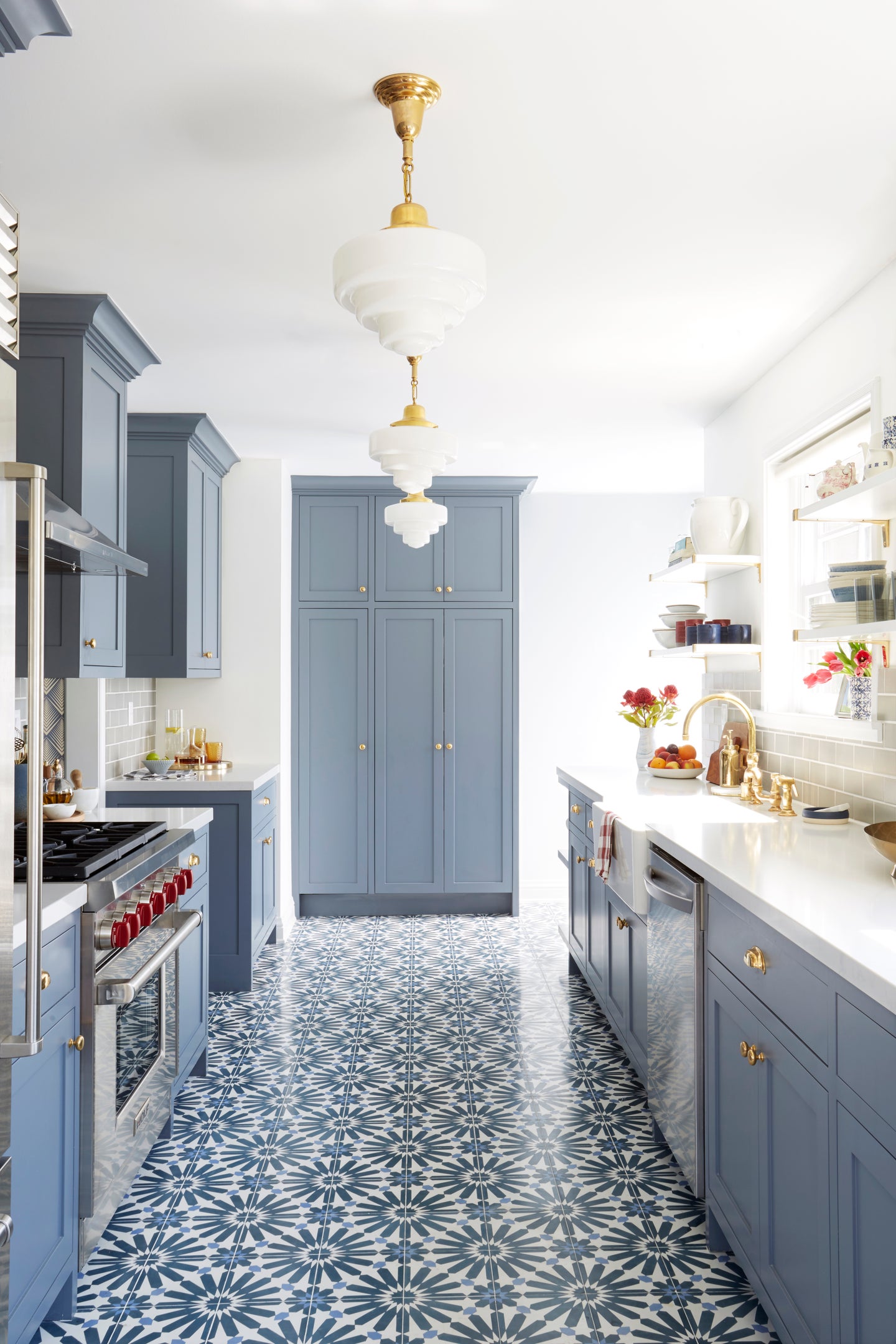 Add “self-proclaimed blue-gray spokesperson” to Emily Henderson’s list of impressive titles. She’s already a stylist, a New York Times best-selling author, and the creator of an immensely popular eponymous blog, but this role is, let’s be honest, equally important. “I am a die-hard blue fan, and I think everyone should consider it as a color option,” she says. “But there’s something about using a blue-gray tone that evokes calmness and a sense of nature more than a blue with, say, a purple undertone.”

Henderson speaks highly of blue-gray shades because of their ability to act as “a perfect neutral.” When done right, blue-gray can give a space a timelessness, which can either lean toward more traditional sensibilities or more modern aesthetics. “Blue-gray is one the best color families,” she says. “Going with a bold color can feel very scary at first, but this one will make you happy for many years to come.”

As our favorite blue-gray spokesperson, we asked the designer to share tips on shopping for this paint color and using it throughout your home. We also asked for her take on the six best blue-gray paint colors to try because, clearly, she knows best.

Blue-gray shades adapt well—sometimes too well. “Blue-grays are very sensitive and susceptible to peer pressure,” Henderson says. “By that, I mean that they can easily pick up on the other tones in the room. So it’s important to choose your other colors, especially hard finishes, wisely to avoid changing the look of the blue you wanted in the first place.”

The pigment will be more saturated than you think it will be. “My tip is to look at the paint chip strip as a guide for how blue it will probably go,” Henderson says. “If the chip goes super-blue, then consider the strips around it that have grayer tones. You will be much happier if you are wanting that perfect gray Swedish Blue shade.”

Stick to matte finishes as much as possible. “In terms of finishes, I prefer to keep things matte,” Henderson adds. “But obviously, for cabinets, kitchens, and bathrooms, a hint of sheen is necessary. I would just stay as matte as recommended, because it feels more natural, which I think is the point of using a blue-gray paint.”

Kitchen: “I really love using a blue-gray paint for cabinetry,” Henderson says. “It makes a stunning statement, which then makes styling incredibly easy because you don’t need much else. The blue is the star.”

Living room: “Choose wisely,” she suggests. “This is a room you’re in all the time, so I would make sure you test it out first so you know if you really love it.”

Bedroom: “I’m just going to say it: A deep blue-gray can be pretty sexy,” she says. “Don’t be afraid to get moody and dark. Having your room painted a dark shade might even help you fall asleep faster.”

Bathroom: “Make sure you like it with a slight sheen,” Henderson adds. “I wish bathrooms didn’t require it, but you will be very bummed that you went matte when you start to see watermarks all over your beautiful paint.”

“I used this in a kitchen about five years ago, and I still get happy every time I look at the photos,” Henderson notes. “It’s definitely more on the gray side, but with some blue accents, you’ll quickly bring out the blue.”

“This color is calming but very happy,” she says. “It’s the perfect medium-toned hue.”

“Consider this to be a light blue that doesn’t go baby blue and also has enough gray in it to feel sophisticated,” Henderson says.

“Talk about Swedish Blue,” Henderson adds. “This is a little more saturated than the others, but it’s still so calming and feels very nature driven.”

“This is the ultimate dark and moody blue-gray,” she says. “It was used in a master bedroom we featured, and I instantly fell hard for it. It’s very cool and sultry if I do say so myself.”

“It’s a dark but very happy color,” the designer notes. “I would normally not do such a bold color in a big common space, but this was perfect for a media room I designed in Portland.”

This Colorful Designer Wants You to Paint Your Room Pink

The Best Blue Paint Colors, According to Leanne Ford, Emily Henderson, and More

The 27 Best Bathroom Colors When All-White Won’t Do