Once for vacations, now for staycations. 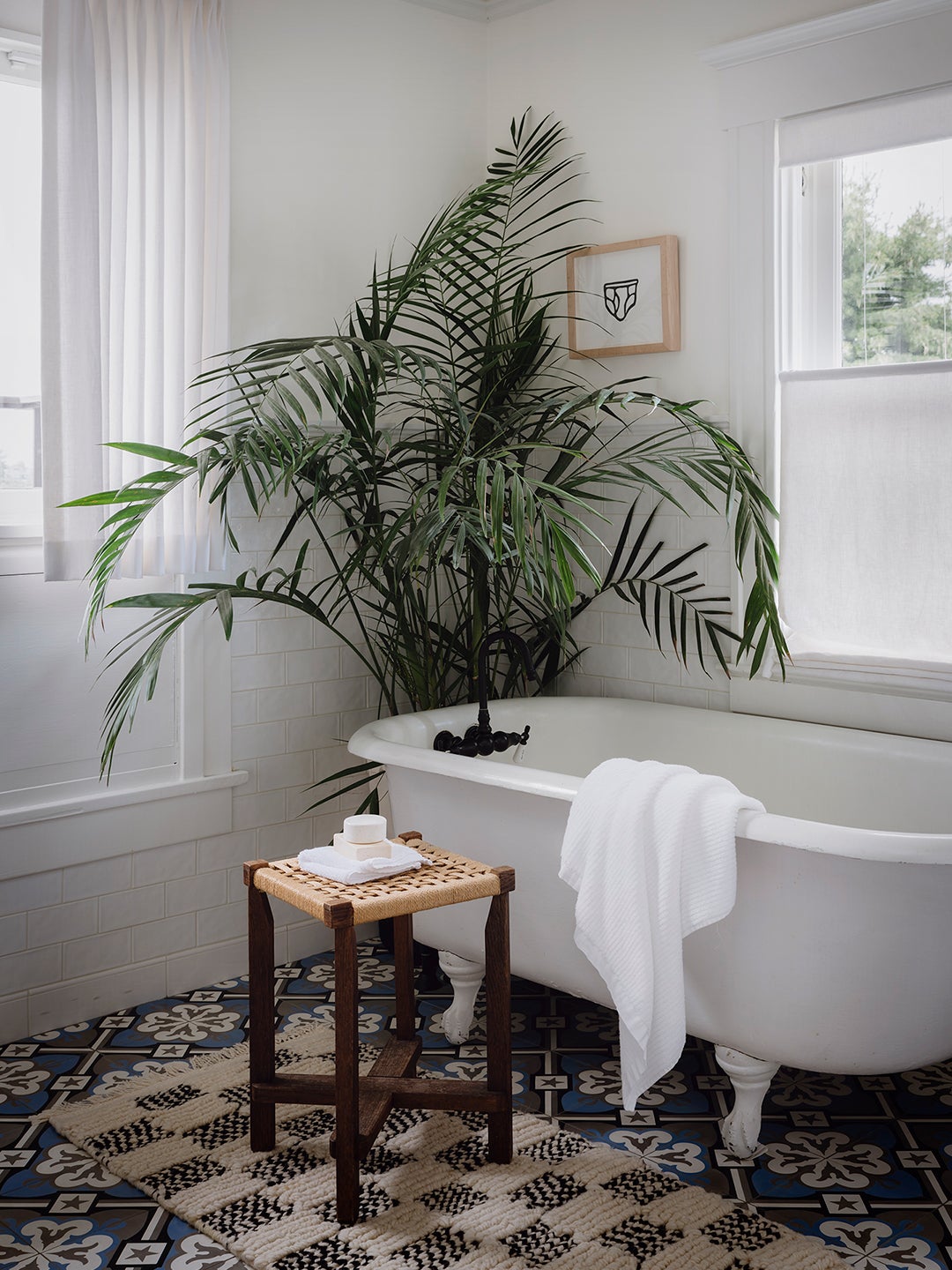 Seattle-based photographer Deb Achak didn’t want a big house on a busy street, and she definitely didn’t want a fixer-upper. But there she was, in 2013, with one foot barely inside what was previously the bed-and-breakfast known as Villa Heidelberg, changing her mind. “I just said, ‘Oh, no, I’m a goner,’” recalls Achak. In its nearly 100 years of existence, the building had been a small lodging establishment for about 25. Oddly enough, Achak had never visited the B&B or had guests from out of town stay there despite living in the same neighborhood for many years. “I really didn’t have any connection to it, but my community did,” she says. Couples in the area got married there; other families hosted holiday gatherings in the spot. “I wanted to honor the history,” adds Achak.

For the house to be liveable for Achak; her husband, Ramin; and their now teenage sons, Henry and Lewis, it had to be de–bed-and-breakfast-ified, starting with creating a more open layout. “We removed so many doors,” says Achak, including the swinging one that separated the kitchen and the dining room. Upstairs, it was a matter of unlocking each of the spaces previously used as guest lodging. “We got a huge Ziploc bag full of keys when we bought the house, because each bedroom had its own, plus several copies,” she says, laughing.

Two years ago, after the necessary renovations were complete, Achak tasked designer Katie LeClercq with furnishing their home from scratch (the piano, though, came with the house and moved from room to room when construction was taking place). “It’s almost like I got to decorate my own house because we are just so in line,” shares LeClercq. Resilient leather pieces, like the Nickey Kehoe dining chairs and the Jayson Home channel-tufted sofa in the family room, make the place teenage-proof.

Achak’s own pictures are the first thing you see when you enter the house, spanning the entry hallway and trailing up the staircase. “I love the symbolism of having my own work in the heart of the home,” she shares. Nearly all the other art is by local Seattle artists and friends of Achak (the gallery wall in the living room, for instance, is a collection of Jennifer Ament’s prints and paintings).

Window treatments were also a big item on LeClercq’s punch list. The designer opted for roman shades, steering clear of pooling drapery that would look too heavy against the rich wood box beams. But not all the windows in the home were so simple to address. The round one in Lewis’s room was giving Achak a headache. “We used to wedge a piece of foam core in there every night to block the sunlight,” she says with a laugh. LeClercq saw their DIY and raised them a mini rod and curtain panel.

Privacy was of the utmost importance in the main bathroom-slash-closet area, which overlooks the busy street corner out front. So they made natural light optional. The mirrors on either side of the vanity window are situated on a sliding track, meaning the couple can block the opening off completely when they don’t want to have to worry about their neighbors peering in.

As is true with any project, there are always things you wish you would have done differently. For Achak, it’s going with white quartz counters over natural quartzite in the kitchen and not doing totally custom cabinets. “Our budget didn’t allow for it,” she notes. Fortunately the house makes up for these “flaws” with charming details like the safe in the mudroom that now acts as a storage spot for gloves and scarves. “There’s the main compartment inside, but when you lift it open, there are secret drawers underneath it,” says Achak. You can’t make up that kind of character.