This Hamptons Beach House Is a Surfer’s Oasis

It doesn’t get more summer than this. 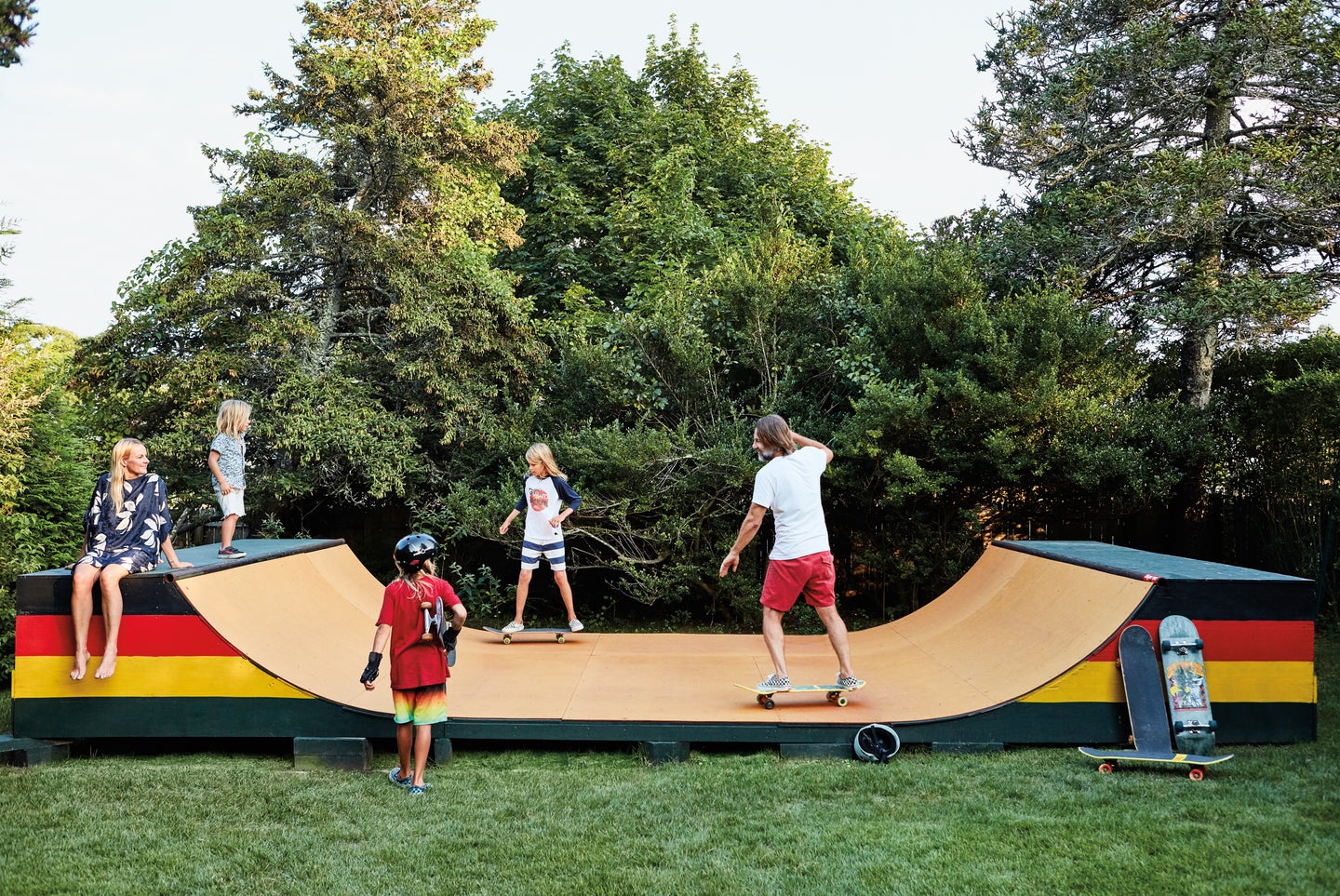 This story originally appeared in the Summer 2019 issue of Domino, titled “Eternal Sunshine.” Subscribe to be the first to receive each issue.

“We’re clearly addicted to chaos,” Winnie Beattie says with a laugh, referring to her fuller-than-full New York life with husband Rob Magnotta. When you add up their Nolita store, Warm; a popular women’s clothing collection of the same name; three sons under age 12; and two newly adopted Labs, an escape from their Chinatown loft isn’t just nice—it’s a sanity-keeping necessity. Cue: a serene cottage tucked away in Amagansett.

When Beattie first saw the property four years ago, she was so taken with the idea of having a tranquil retreat, she thought: We’re not leaving unless the surf is great. The designer has since made it into a beachy fortress in which to post up with family and friends until the ocean calls. Doors and windows are typically flung open, as the boys run figure eights between the pool, ping-pong table, surfboard rack, outdoor shower, and skateboard half-pipe built by Magnotta, a successful photo agent who moonlights as an ultra-handy jack-of-all-trades. The skate ramp has even garnered local acclaim: Some days Beattie comes home to find a surprise smattering of friends and acquaintances doing tricks in the front yard.

Inside the house, Beattie opted for a serene, toned-down approach, a breather from her colorful Manhattan apartment and print-laden brand of bohemian dresses and post-beach separates (inspired by—what else—traveling to where it’s warm). Crisp white walls and dark wood floors extend through each room, punctuated with textured wicker accessories and hits of rust, navy, and ivory textiles collected on many surfing trips. Two white linen sofas serve as a palate-cleansing starting point to layer in personal touches, from glass vessels handblown by Magnotta to family photos. “We wanted somewhere low-key we could literally turn off the lights and come back to next summer,” explains Beattie.

Despite a relatively neutral backdrop, the space is far from sterile; it feels alive in its connection to the outdoors. In the dining room, glass-and-rope chandeliers hang above a custom untreated wood table, made extra-long to happily accommodate routine unannounced guests. Driftwood and rocks gathered by the boys sit atop the coffee tables, and arrangements of imperfectly splayed sunflowers or willowy wheat sheaves fill open vases. Even the art is like a portal to the outside, with surf collages set above cozy reading nooks and photography gifted by artist friends—like Cass Bird’s shot of model Daria Werbowy throwing sand into the night—that further channels the laid-back, coastal vibe.

“Everything here is an emotional connection to our friends, lives, or travels,” says Beattie. Though there are several special pieces—a vintage cabinet from southern France in the bathroom, for one—nothing is too precious. It’s a space where people can (and do) sit down in wet swimsuits and track sand in without batting an eye. Paramount to a little cleanup is the happy sense of peace Beattie gets from a free-spirited, full house that brings everyone together. “It’s a super-magic place for us because it’s the only spot where we’re sort of calm,” she says. “My blood pressure drops in half as soon as we hit the road to Route 27.”

When they’re not at the cottage, the family is surfing at a nearby beach or down the road in Montauk, where the boys go to surf camp. The sport is in their DNA: Beattie and Magnotta have been part of the East End’s surf culture for more than 20 years. (The two even charmingly met in the water, paddling between waves.) Some evenings, the crew heads to the local watering hole, the Dock, for clams. But more often than not, as the days wind down, Beattie can be found back home, grilling dinner with Magnotta or putting down blankets for an impromptu picnic under tree-strung lights. Maybe they’ll all watch a movie later, maybe not. As Beattie says, it’s “blissfully unscheduled.”