Aww Sam's colorful cakes and cookies are next level. 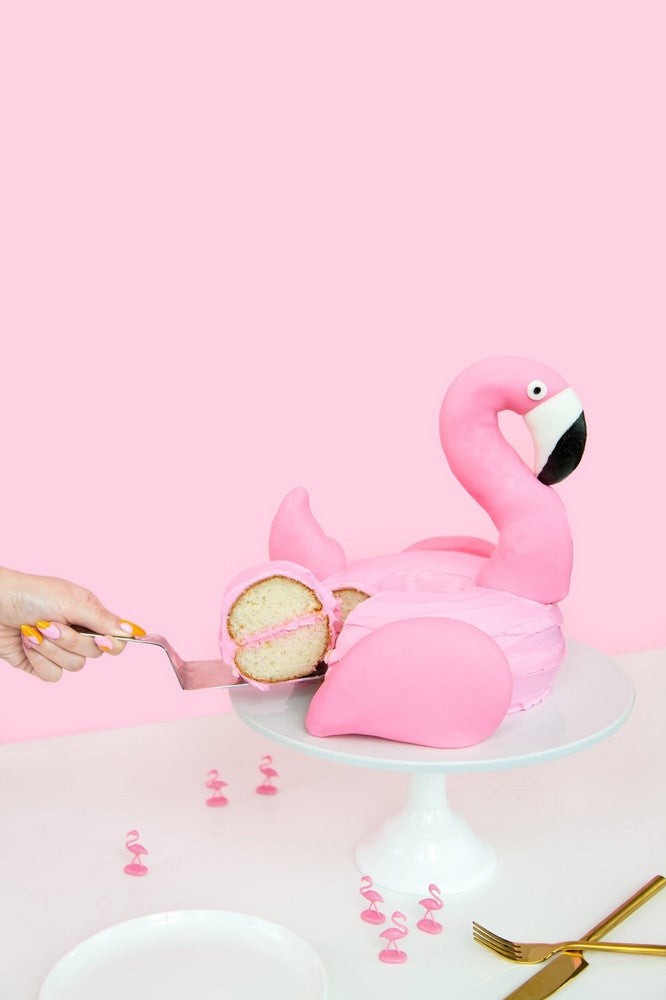 Sam Ushiro is a self-proclaimed “industrial designer and donut aficionado.” Better known by her internet moniker Aww. Sam, Ushiro is not your average lifestyle blogger. She creates detailed, neon-colored treats that are part sculptures, part desserts, along with fun DIYs and whimsical party ideas.

Her work was practically made for Instagram, so it’s not surprise that the platform helped catapult her into the spotlight. When she was studying Industrial Design at New York’s Parsons School of Design, she started posting her work on Instagram just for fun. “At the time, I had no idea I’d be able to make a career out of this, but as more and more people became interested in what I was creating, I realized I could make a fun, colorful space online for people to come to for inspiration or just a little pick-me-up.”

She now has 265,000 followers (and counting), as well as several employees and a brand new Brooklyn, New York City office space. While her feed is dominated by sweet treats, Ushiro’s work is “much more than the curated squares on Instagram.” There are days when she’s the photographer, editor, stylist, baker, and sometimes model.

Like any entrepreneur, Ushiro’s still figuring it all out as she goes. One thing remains constant in her brand and career: color. If you ask Ushiro what her favorite color is it’s basically asking a parent the equivalent of who’s their favorite child. “This is a hard one for me because I know everybody probably expects me to say pink, but I actually don’t have a favorite color. In my book, rainbow counts as a color, so I’d probably say rainbow because why settle for just one when you can have them all?!” Insert smiley face and rainbow emoji here.

Get a taste of Ushiro’s work with a few of our favorite seasonal baking projects below.

What’s trendier than a spiky succulent? Um, a cactus inspired donut of course. Ushiro’s baking inspiration comes from a wide range of ideas and concepts.

She says, “Generally, I like to look at everyday objects and see if I can make those into desserts. I have a full prop shelf that is good for helping me come up with ideas and giving me inspiration.”

Who hasn’t gone coco-nuts for one of Sam’s most recent recipes, the Piña Colada coconut drink cake? Aside from color, Ushiro’s ideas for baked goods stems from film, too. “I’m also a huge fan of film (I actually debated studying film over industrial design), and I find that surrealist film very closely aligns with the kind of stuff I like to make. I use real objects or shapes, but there’s always a dreamlike element to my desserts, similar to objects in a surrealist film.”

Leave it to Ushiro to come up with a creative alternative to summer’s favorite treat, ice cream. Or in this baking DIY project, marshmallows and Rice Krispies in the shape of ice cream cones.

How fun are these beachy peanut butter thumb print cookies? Sam’s recipe baking times vary by the amount of detail and ingredients. “Depending on the recipe, it can take anywhere from 30 minutes to hours!.My cakes definitely take the longest since there’s a lot of wait time for the cake/buttercream to chill, but I’ve been focusing a lot lately on dessert hacks.”

She continues, “This is where I take a store-bought dessert and show one to two steps on how to make it into something else. So you can imagine that the timeframe on those would be a lot shorter.”

This #doitforthegram flamingo pool float project is not only a fan favorite, but it’s Ushiro’s favorite one, too. “It was such an easy project to execute, but the finished project turned out looking so much more than just a bundt cake with a flamingo head and wings. Ha! It also, hands-down, has been a favorite reader project, and so many people have recreated it. It has been really fun to see everyone’s versions.”