No butter, no eggs, no problem! 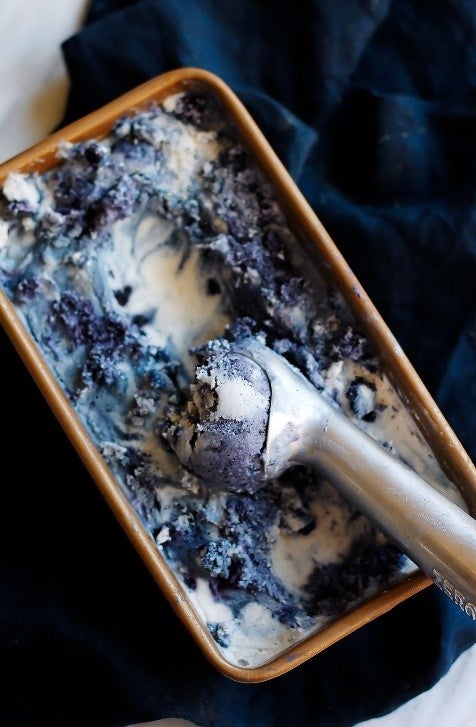 Gone are the days vegans have to settle for dry, bland desserts. Instead, pioneering bakers are creating recipes that include healthier alternatives to animal products yet still taste incredible. Here, we rounded up 12 appetizing sweets vegans and non-vegans alike will enjoy.

Cinnamon rolls are always a treat, but the full fat butter in most recipes can result in some major guilt. This version from Sprinkled with Jules is an alternative that uses coconut oil in place of butter for a vegan-friendly and healthier morning dessert.

Gone is the misconception that vegan means boring. Quite the contrary with these vanilla chai cupcakes by Baking-Ginger, which prove you can still have thick, delicious frosting without the animal fat.

No-bake desserts mean less waiting and more eating. With only four ingredients (salt excluded), this French silk chocolate pie by Blissful Basil can be constructed in only 25 minutes with no oven.

The Minimalist Baker dubs these bars rich, creamy, and surprisingly healthy. They’re perfect for a classy dessert or even a sweet morning treat. But beware, eating just one isn’t possible.

Who says you need dairy to make ice cream? Ambitious Kitchen offers a way to bring blueberry swirls and hints of lavender together without any dairy. Try this recipe out in your ice cream maker, and you might just have your next go-to summer treat.

Creamy, silky filling inside a crust made of seeds and nuts is a match made in cheesecake heaven. Not only is this Quite Good Food creation beautiful to look at, it also takes only 10 minutes of prep time before popping in the freezer for a raw, ready-when-you-are dessert.

Molasses meets cinnamon and ginger in this yummy cookie recipe from I Love Vegan. The spices melt together with vegan butter, but it’s the raw sugar topping that really seals the deal.

Try this French favorite by Rawberry Fields, and you won’t be able to tell it’s chock full of nutritious ingredients. Layered with Medjool date caramel, vanilla crème, and crunchy coconut sugar topping, it is truly a decadent dessert anyone can enjoy.

Donuts are usually a no-go for vegans, but this recipe from The Awesome Green changes all that. They take only 20 minutes to make, and they’re low in sugar. Bring them into the office and make everyone happy.

According to Kaylee from Paleo Gluten Free Blog, these strawberry cheesecakes bites are “so rich and soft with fresh fruit flavor and incredibly creamy texture.” Who knew cheesecake could be this delicious and healthy?

Sugar and spice and everything nice! Celebrate that (vegan) someone special with a homemade cake that doesn’t sacrifice flavor. This recipe from The Almond Eater uses ginger and cinnamon with a pinch of cardamom for an earthy and beautiful three-layer cake.