Alyssa Coscarelli Tried Four Different Sofas Before Finding “The One”

The loungy winner is the centerpiece of her L.A. home.

Commitment is a loose term for someone like digital entrepreneur and consultant Alyssa Coscarelli, whose style is constantly evolving. Where her New York rental was an ’80s-inspired retreat complete with a bright green couch and lots of novelty lamps, her new Los Angeles apartment is an “exercise in restraint,” as Coscarelli describes it. Each piece was carefully chosen with intention—even if the journey wasn’t always linear.

Working with her friend and designer, Madelynn Furlong, the two initially planned to lean into a super-’70s lounge vibe—lots of browns and oranges and fuzzy textures. Once Coscarelli moved in, however, she realized the space was the opposite of moody—it was sun-drenched and airy, thanks to a second-floor location and seemingly endless windows. “It involved a lot of trial and error,” she recalls.

Relocating across the country in the middle of a pandemic came with its own set of challenges, in particular having to give up most of the furniture she had collected. “Eventually it boiled down to logistics,” she says. “It wasn’t worth how expensive it would be to move some of the bigger pieces.” She kept a few finds (a mixed-material console table, a sculptural floor lamp, and select picture frames) and put the money from selling the rest toward furnishings for the two-bedroom, which she shares with one of her closest friends.

“There was a time when I had five sofas and was just trying to figure out what the hell to do,” Coscarelli remembers. “It was so hard during quarantine—you’re looking at things online, and they sell so fast that you’re just impulse buying couches that don’t work, and you have to resell them for less than what you paid, and then you end up taking a loss.”

By listing the no’s everywhere—Instagram, Craigslist, Offerup, Facebook Marketplace—she eventually got them all out and settled on a classic: Michel Ducaroy’s Togo couch. An Etsy seller she met during the search introduced her to a man in Berlin who sold them at unheard-of wholesale prices. “She gave me his WhatsApp number and I basically messaged this guy I didn’t know. He sent what he had, which included the exact color and formation I wanted, and I wired him money. It easily could have been a scam!” she says. She even had to hire a customs broker to get it into the country. Though Coscarelli originally had the Togo set up as a true sectional, she moved one piece to the corner (trial and error again) to open up the room. “It’s become a favorite reading/wine/hangout/work corner—a place to crash and do whatever.”

A custom Studio Mignone coffee table with concrete pillars (three tan, one green) between the pieces is ideal for sharing a meal. “It’s a splash of color that’s quirky, random, and doesn’t make any sense but also feels right,” she says. “Half the time when I have company over, we end up sitting on the floor because the rug is so plush and comfy.” The checkered textile from L.A.-based Harem Modern, which works with women’s cooperatives in Morocco, is one of two nods to Kelly Wearstler and the Santa Monica Proper Hotel.

The other is in Coscarelli’s bedroom, in the form of a chrome-accented corduroy Afra and Tobia Scarpa Soriana chair (there’s a few in the hotel’s lobby). On the whole, the space is much more serene than the rest of the apartment, in large part due to the walls of Everhem blackout curtains, a successful attempt to camouflage the bed’s unusual location. “They say not to put your bed against a window, but I didn’t have a choice,” explains Coscarelli. “There are windows on all sides.”

Though she planned to keep the Insta-famous black cane headboard from her previous home (and therefore had it shipped from New York), it ended up being too oppressive for the space, which she describes as bright, neutral, and a touch Parisian. Back on the road it went, this time to her mom in Florida. In its place is a Floyd bed frame, “which kind of just fades into the background,” she notes, and no headboard at all. The fawn-colored window coverings do the job and then some. “When they’re all closed and the lamps are on, it feels really cozy.”

In the dining room, the chairs, a set of four purchased from Chairish, needed a bit of rehab when they arrived. “They were covered in faded baby pink striped cushions that had holes and stains,” says Coscarelli, not to mention the cushions were lumpy and flat. She selected a checkered velvet Missoni fabric at Diamond Foam and Fabric, which also handled the reupholstery. Glitzy chrome appears here too in the overhead light fixture and vintage Verner Panton magazine rack.

What Coscarelli has learned about her approach to design this time is that nothing needs to be permanent. Though she’s invested in some larger pieces that she can picture having in multiple spaces for years to come, she also acknowledges that her home is never really complete. “I’ve accepted that I’m always refreshing Instagram and finding something new to obsess over,” she says. “I think what’s great about this moment is that you can sell pieces online and put that money toward something new that excites you. It gives you a cool opportunity to let things flow and change, as they inevitably will.” 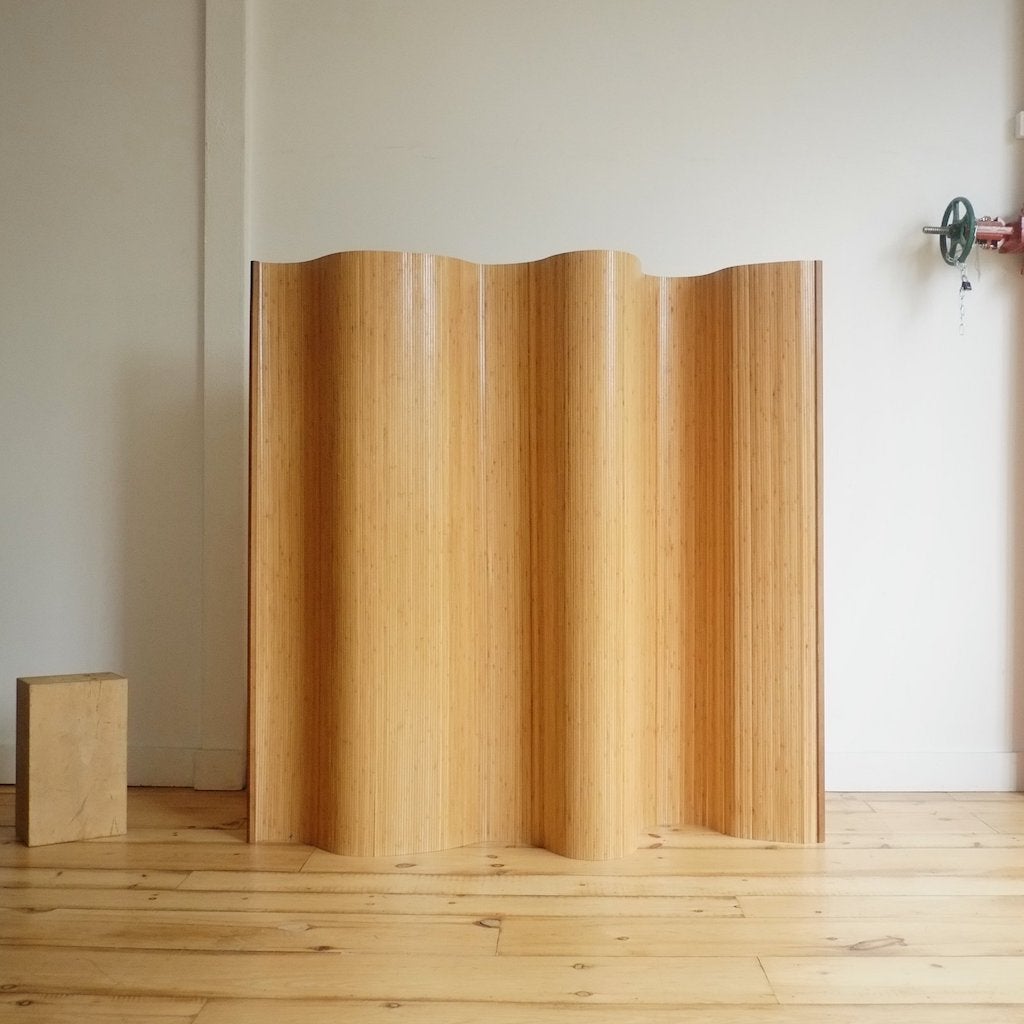 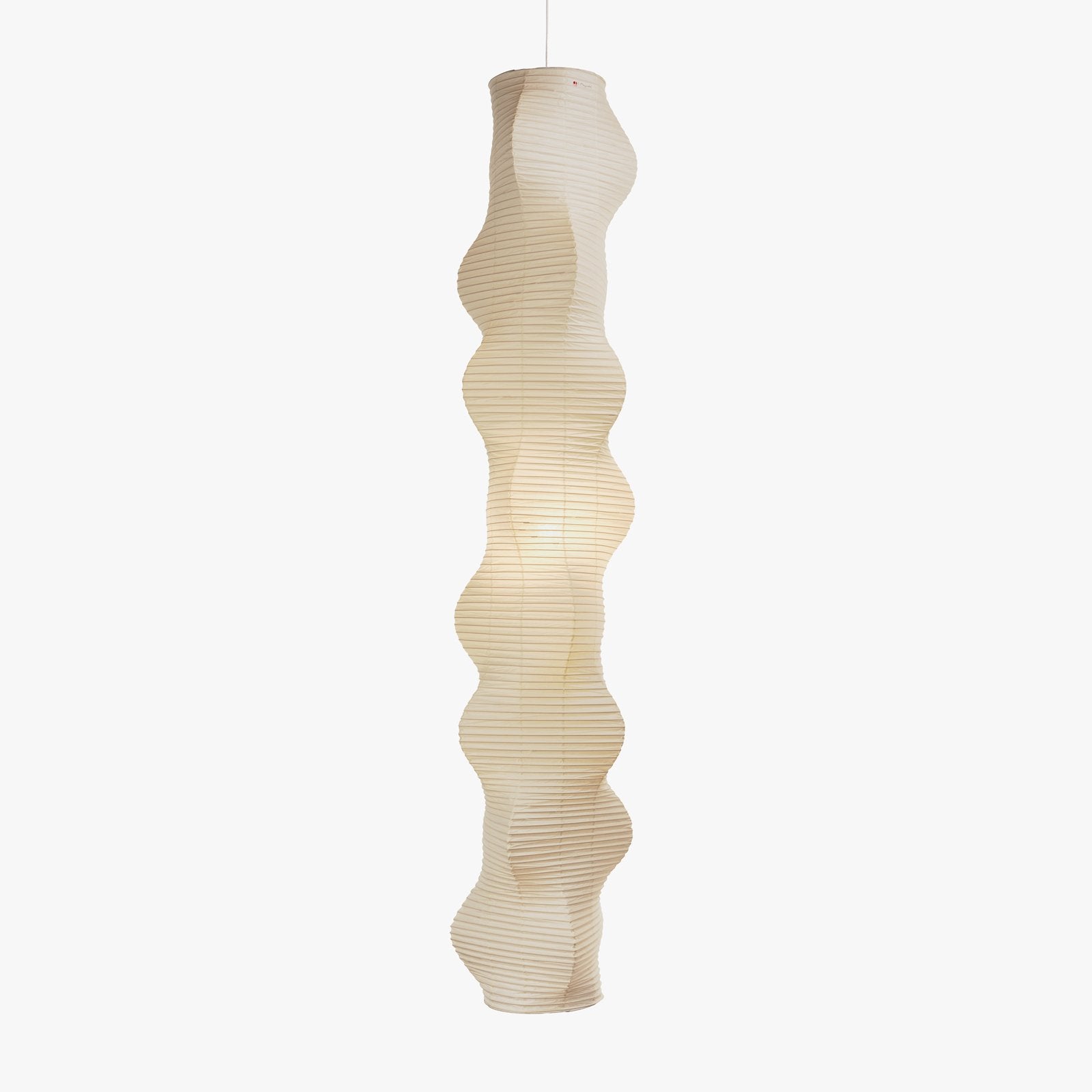 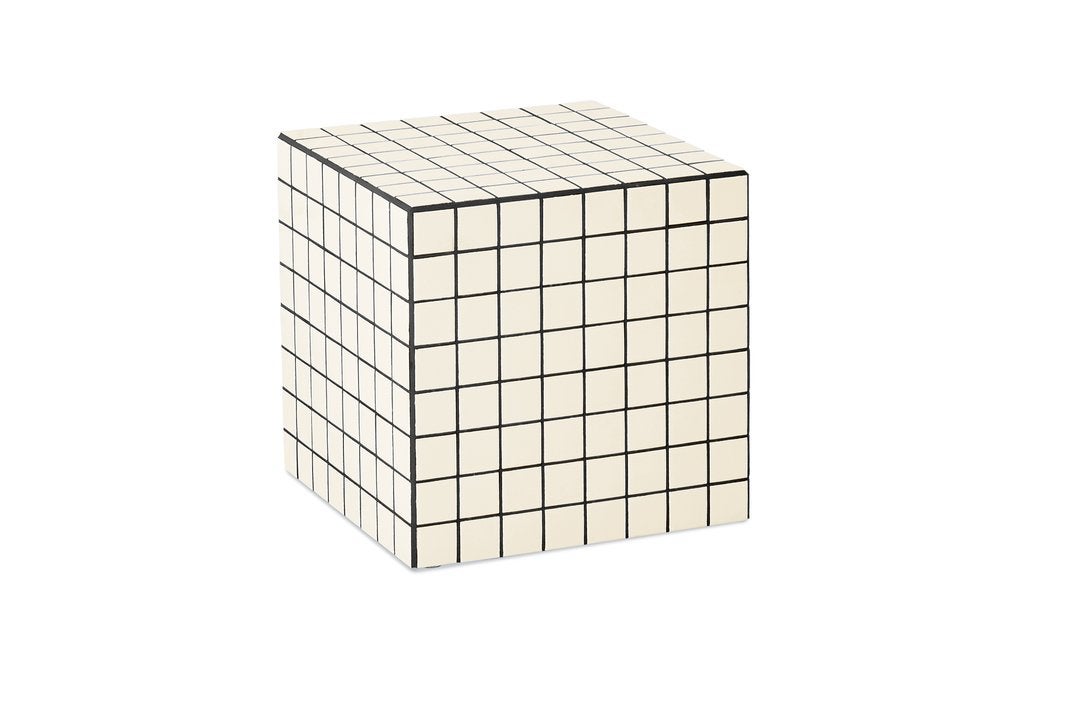 Next-level version of Photoshop: Madelynn and I used Spoak as our hub for collaborating on visualizing what the space could be and a central place to drop in the mood board and ideas for products and the color palette. It’s basically Pinterest-meets-Etsy-meets-Photoshop for interior design lovers.

Go-to online source: Pamono sells vintage mostly from Europe. The shipping can be pricey, but it has a lot of really good pieces that you can’t find anywhere else.

Little thing that makes a big difference: I really rely on paint in my space, even in a rental. Every color in the apartment is from Backdrop: The kitchen cabinets are Harajuku Mornings; the dining room is Natural Habitat; the bedroom is Palo Santo.

Most asked-about piece: A lot of my friends have bought this bamboo room divider from Lichen after seeing it here. I don’t really have a need for a room divider, but I like to use it as a backdrop in photos.

I loved working with: Lauren Karb of Harem Modern. She carries new and vintage rugs, but can also make any design you want. I chose all the colors (for this I went with Pantone Sand and Pantone 476C), how big I wanted the checks to be, the size, and the quality. And I got photos and videos of it being made. It was a really special experience.