A Flying Car and a Ghost (!) Keep Illustrator Oliver Jeffers Company in His Brooklyn Studio

Step inside his quirky-cool world. 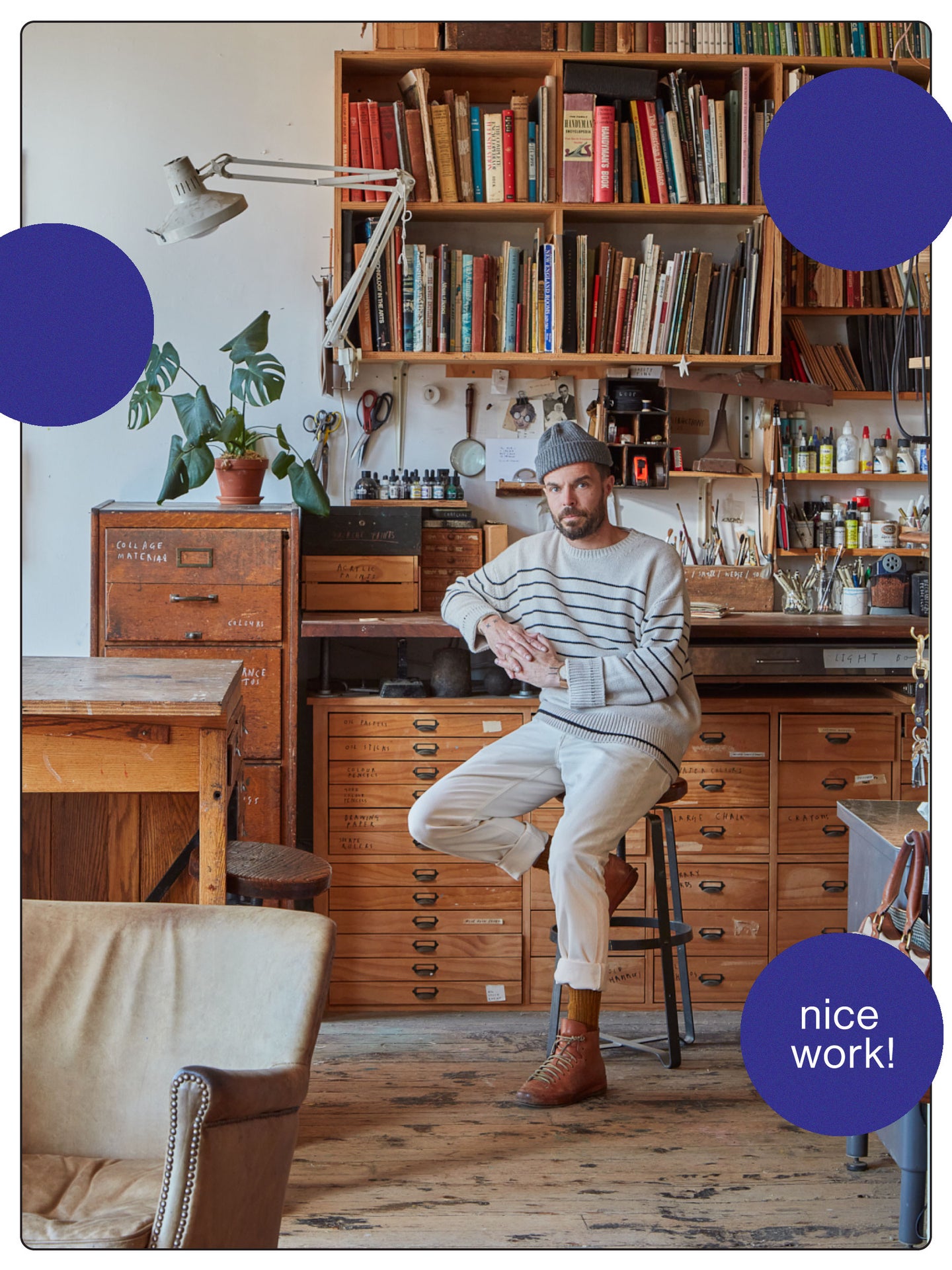 Visiting a person’s workspace is like taking a peek inside their brain. Whether it’s at home or in an art studio, Nice Work explores where creative people do all of their, well, creating, so that you can steal their on-the-clock style.

Occupation: I’ve always found it difficult to define what I do. For a while I said artist and storyteller, but that didn’t cover it all. Then last year at [climate change conference] COP26 in Glasgow (I had a sculpture in the world-leader zone), I had to get a full-access pass. But they didn’t have a box to check for artist or storyteller, so they put me down as “observer/translator,” and I thought that was pretty apt.

What time I start: I have tended to use the mornings for meetings, emails, organization, etc. The afternoon is to set up for actual mark making. Then after the kids go to bed, I work into the night with an uninterrupted road ahead of me in a quiet studio. These days, though, I’m trying to force myself to have that uninterrupted road early in the morning, so I try to be at the studio by 6 a.m. and (as I am deep in a new project) clock off at 7 or 8 p.m.

How I get to work: Usually walk or take my Vespa.

When I moved in: I moved into the building in 2010, but a floor down. I upgraded about seven years ago and expanded three years ago to take over the studio next to mine.

Most important thing on my desk: Probably my sketchbooks. They are an extension of my forgetful brain.

Current creative fuel: Moving the needle on public discourse. I can see a simplicity in the way humans want to be, and they often (when you get deep enough) all tend to want the same things. I have a fervent urgency to help share this feeling with as many as possible. Also, making beautiful images.

What I turn to when I’m stuck: I always have multiple projects on the go, so if I’m running into a wall with one, I move to another. Giving a project (or a painting) a break is a great thing. You come back at it with fresh eyes and see clearly what is working and what is not.

How I stay organized: Lists. Lots of lists. Sometimes I’ll add something that’s already done to my to-do list just to get the satisfaction of crossing it off. Also calendars. Frequently I’ll work backward from a deadline (sometimes self-imposed) so I can work out what needs to be done for when.

Favorite pen: For signing books, a Pigma Graphic. For drawing, a dipping pen and a pot of India ink. Though a pencil is my first go-to and what I mostly use. I favor Blackwings.

Best notebook: Moleskine. I use the year planner that has a page for each day, and a blank softcover the same size for keeping thoughts and ideas and for working things out. When explaining something, more times than not, I’ll pull out a pencil and illustrate my point.

Technology I can’t live without: An iPad. I can make final art for books on it and make a drawing for social media about some current issue or small, quick color sketches while I’m on the move. And I move a lot.

Desk chair that I could (and do) spend hours in: I have a ’30s-style wheelie office chair that I found on the street and had reupholstered in a natural leather. Though I only really sit down if I’m writing emails or doing Photoshop work. Which is probably less than 15 percent of my time in the studio.

Conference table I convene around with collaborators: I have two old-school science desks that I bolted together, and I had a new top made for them. It’s on wheels so it can be moved against a wall if needed. This is probably the center of my universe. When I have studio visits or studio dinners, we gather around this. Most of my recent thinking has come from long conversations over wine with friends and visiting enlightened minds. There seems to be a strange magic about this table.

How I fight the 3 p.m. slump:  A disco nap. I’ll lie on the sofa, pull my hat over my eyes, put noise canceling headphones on, and set a timer for 15 minutes. I’m usually out cold after two or three minutes. I wish I could fall asleep this quickly when I go to bed at night!

Coffee machine I run on: I love the smell of a good old percolator, though I rarely make coffee in the studio. I’ll use the three minutes it takes to run out to one of the many good neighborhood spots as a sort of mental break.

Biggest splurge that was worth it: I have two enormous sets of wood flat files. One of them was (again) found discarded nearby. When I began to run out of drawers, I started looking for another and found an older, even more beautiful set that had recently been restored. I couldn’t resist.

Preferred soundtrack: I tend to not notice music unless it’s bad. But I don’t like working in silence either. I have many eclectic playlists, though I will often bend toward classical. I like it when other people DJ.

Things I Can’t Work Without 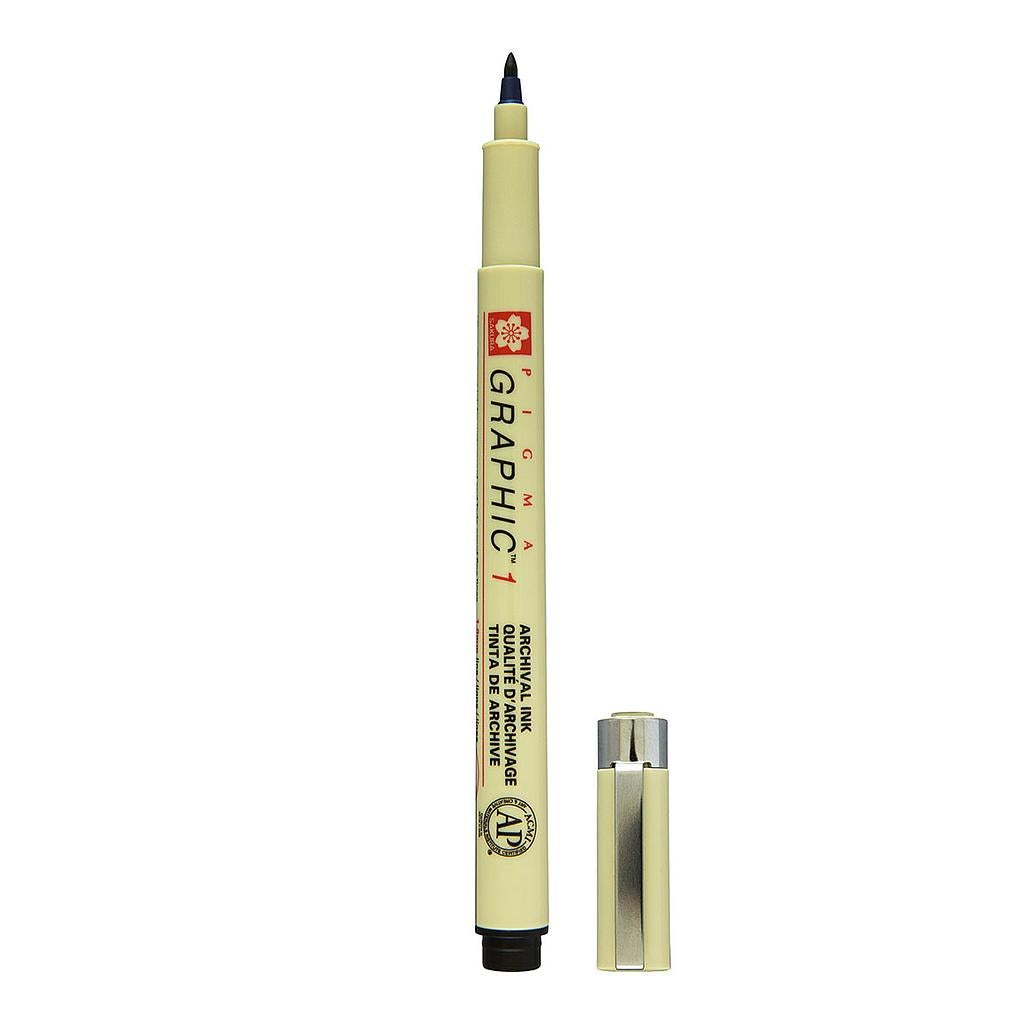 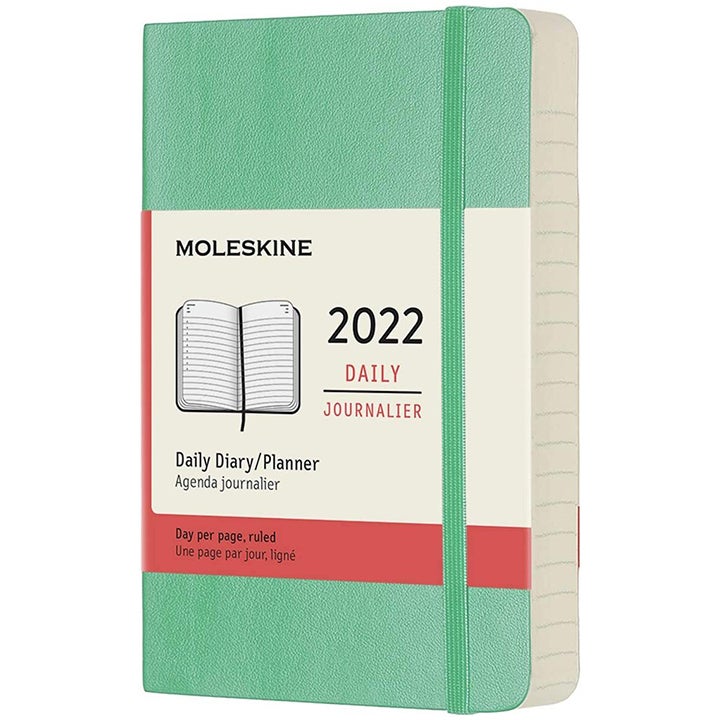