Best of all, my dog thought she was having a spa day. 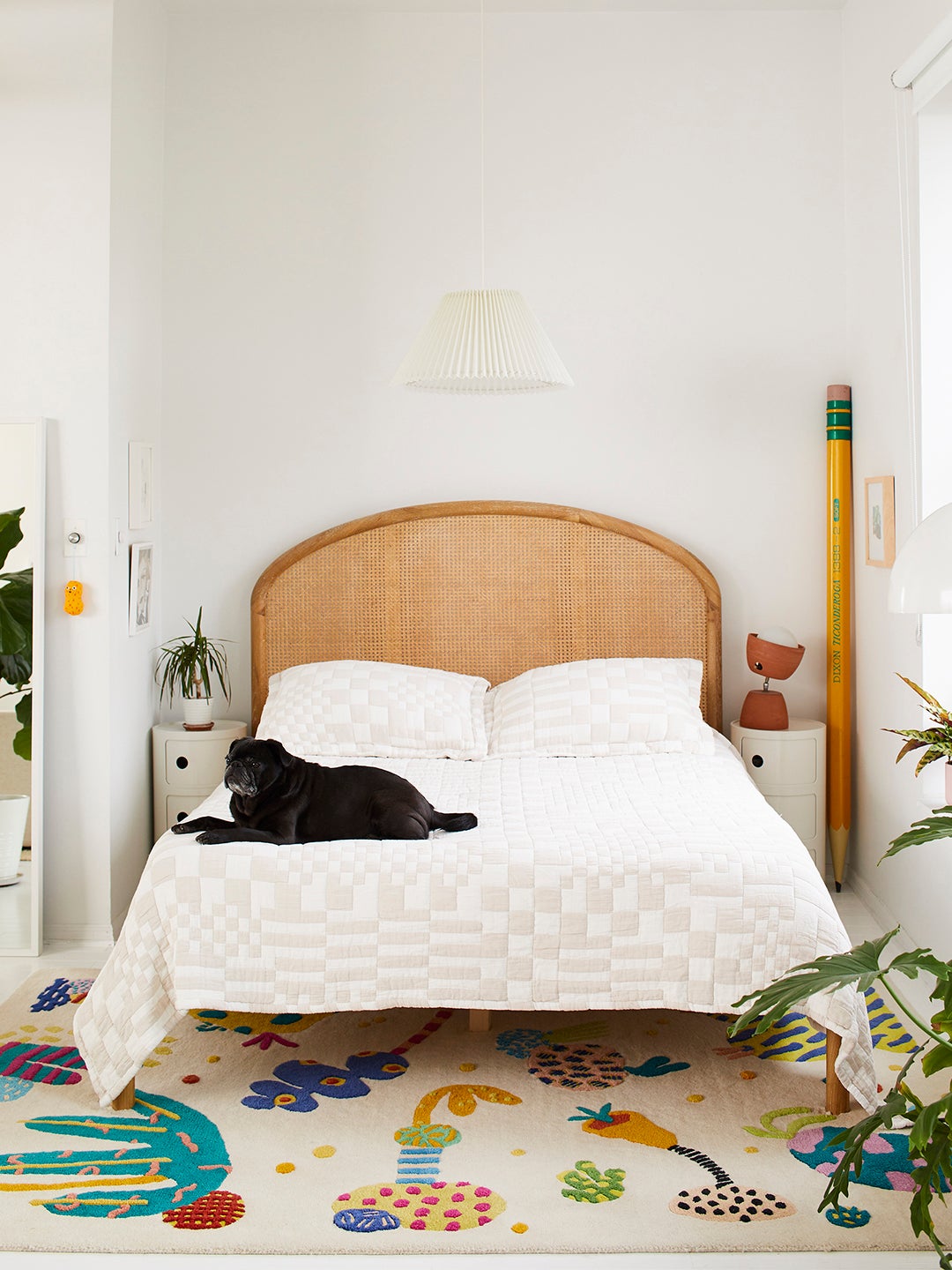 If you have a dog, then you already know that pet ownership isn’t all cuddles and long walks in the park. It’s nasty messes in the middle of the night, unexpected vet bills as high as your rent, and maybe worst of all, the never-ending shedding cycle. All that said, I wouldn’t trade my Australian cattle dog mix, Banksy, for anything in this world. I would, however, do a lot of questionable things to get rid of the fur that’s covering, well, pretty much everything in my apartment. Surely, I’m not the only one cleaning up tumbleweeds of hair and thinking, Would it be so bad if I actually just vacuum the dog while I’m at it? Turns out, Dyson beat me to it with its recent Pet Grooming Kit—I tried it, and believe it or not, Banksy didn’t hate it.

The $69 package came with a stretchy 3-foot hose and an attachment that essentially looks like a slicker brush with a hole in the middle. (If your pupper is not a fan of a slicker, according to Dyson’s website, this may not be the best option for them.) I clicked the pieces together and then directly onto the vacuum bin. The tool works on Dyson’s cordless models and I was using the V15 Detect. When the brush isn’t in use, the wire bristles are hidden under a curved plate, but pushing down on the handle exposes them to make simultaneous brushing and vacuuming possible. The easy part was done; now I had to get Banksy on board.

Surprisingly, it didn’t take much. I started with a small area on her back and it seemed like she thought she was having a spa day. Pushing down the handle, the prickly ends protruded and I was able to give her a good back scratching while I worked on that section. After every couple of strokes, I released the handle, retracting the bristles, and the vacuum did the rest. Even though she was enjoying her “massage,” she got bored easily and wiggles ensued, but I was able to keep up with her enough to get the job done.

The tricky part: It takes two hands to operate—one to continuously hold the power button and one to do the stroking. It would have been easier with an extra set of hands to help maneuver my pup while I did the work. To be fair, the brand does disclose this on the product landing page, but I live alone, so it is what it is. It also took a bit of getting used to finding the right push-stroke-release combo, and depending on the number of loose hairs grabbed, I needed a few extra release motions to get everything sucked up. Once I got it down, watching the fur fly into the vortex was oddly satisfying.

Even more amazing? Not having to sweep the floors or swipe off the furniture every single day. Plus, paired with the powerful V15 Detect, pet dander and other microscopic allergens have been getting guzzled up too, so this shedding season has me sneezing a lot less. Even though the process isn’t always the smoothest, kind of like being a pet parent, it’s totally worth it. 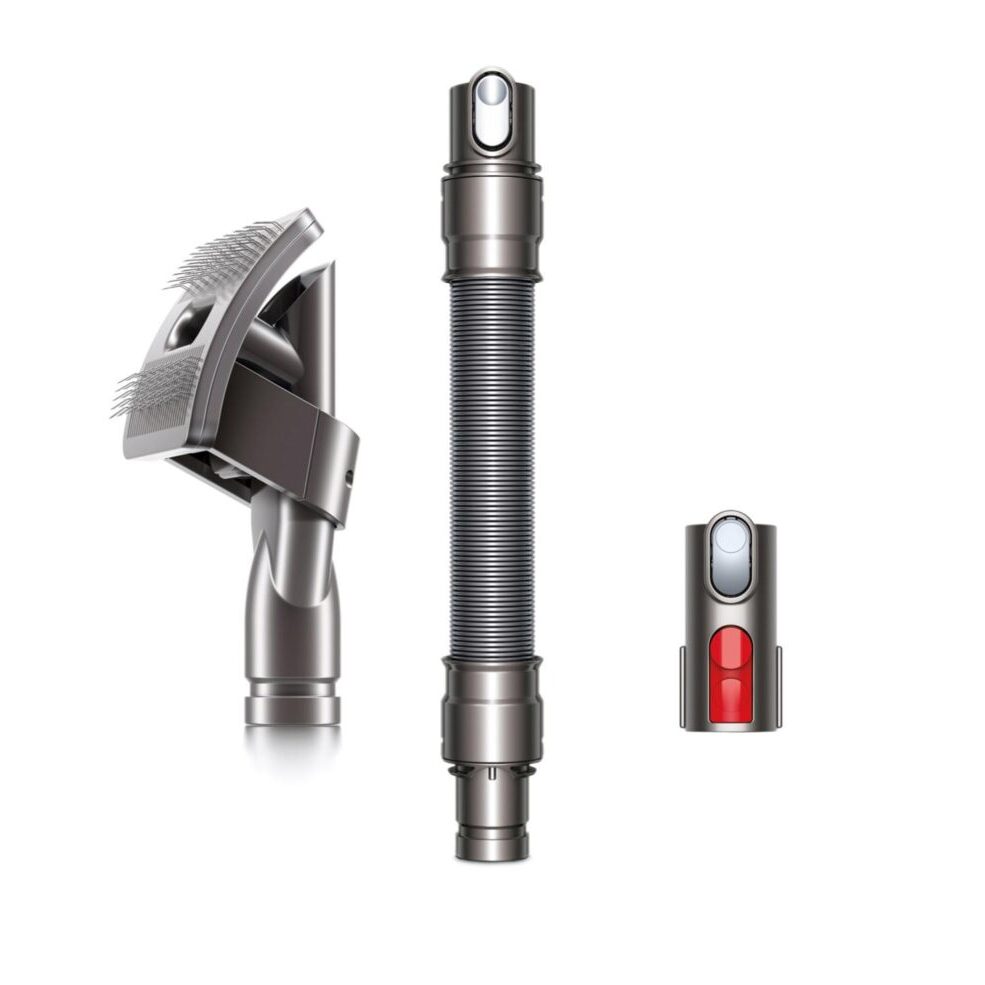 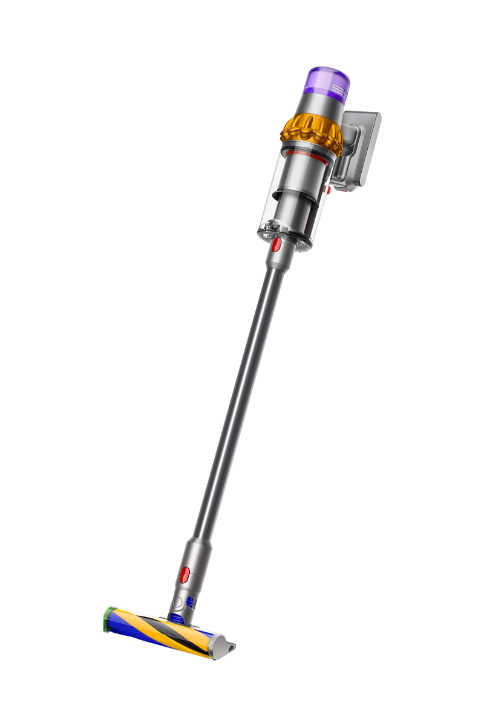