Tried It Liked It | Scouting | Stories

It’s pretty enough to leave out, and it empties itself. 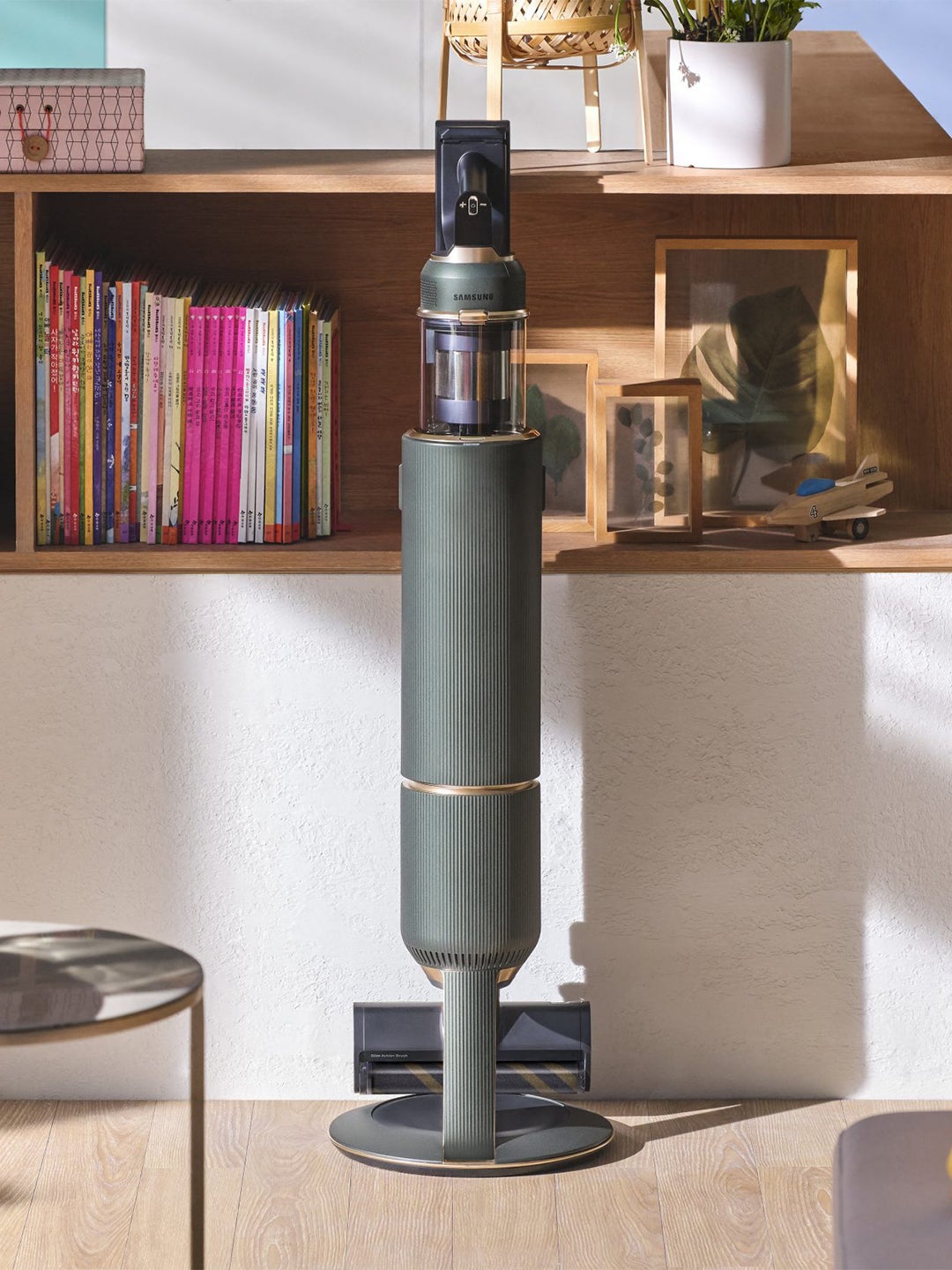 Vacuuming is my least favorite chore. Ever since I was a kid and tasked with lugging my parents’ 15-year-old Miele up and down the stairs collecting whatever dog hair I could find, I’ve hated it. But now that I’m an adult and can no longer pass off the task to a sibling or elect to do the dishes instead, I’ve been looking for an appliance that makes the chore at least a little more enjoyable. Cue the Samsung Bespoke Jet.

In a pretty midnight blue (also available in hunter green and white), the Jet is a cordless stick vacuum that looks like Dyson’s cooler cousin. With a sleek (height adjustable) frame and clear dust canister, it refreshingly does not resemble a futuristic space tool—it’s an actually chic appliance. In the navy colorway, an LED control screen and silver hardware make even changing suction modes exciting. And unlike the Dyson’s wall-mounted charging port, the Jet locks into a freestanding, color-coordinated clean station. The dock not only charges the vacuum when not in use, it keeps the unit firmly in place—no leaning it precariously against the wall necessary.

But it’s not just a pretty face; this thing really sucks, in a good way. With four interchangeable heads and two suction powers, the Jet is ideal for homes with multiple floor types (wood, concrete, tile) and different carpet and rug-pile heights. That means whether your carpet is flat-weave or fluffy, both the dual brush and pet tool can scoop up whatever you’ve happened to spill—crushed-up Cheerios and half a bottle of ground cinnamon (I speak from experience) are no match. The other two heads, the combination and crevice, are good for furniture cushions, ceiling fan blades, and pesky, out-of-reach corners.

Since I don’t have a pet, I reach for the crevice tool and standard dual brush the most—often attaching them with the flexible neck to reach high shelves and the tops of picture frames. It has almost replaced my need for a duster entirely. The crevice head is especially great for baseboards and windowsills, while the dual brush goes from my living room hardwood to kitchen tile without a hitch. (And in case your need for clean reaches Monica Geller level, there’s also a spinning mop attachment you can buy separately.)

The accessory caddy, which holds all of the unit’s accoutrements, has a handle for easy transport. Because I’m in a small apartment, it usually stays next to the cleaning station, but I can imagine that with larger homes, taking it with you from room to room is great for a quick tool swap. The caddy also plugs in to charge an extra battery—which means 60 extra minutes of cleaning time.

The real game changer, though, is the self-cleaning button on the dock. Rather than having to empty the dust container at the end of every cleaning session (or in my case, spill it all over the kitchen floor), the Jet locks into the station, and with the push of a button the canister empties into a standard dust bag. That means no extra particles get released back into the air or onto your floor after every clean. It takes up quite a bit of space in my tiny kitchen, but its sleek design is the opposite of an eyesore.

Seemingly the only downside is the price. At $899, it’s more expensive than all but one in Dyson’s lineup, though with good reason. With a five-layer filtration system (that keeps 99.99 percent of dust particles out of the air), it’s a healthier alternative for those with allergies. Needless to say, vacuuming has become a breeze, and now it’s something I actually look forward to when it’s chore time.