Drywall is the enemy. 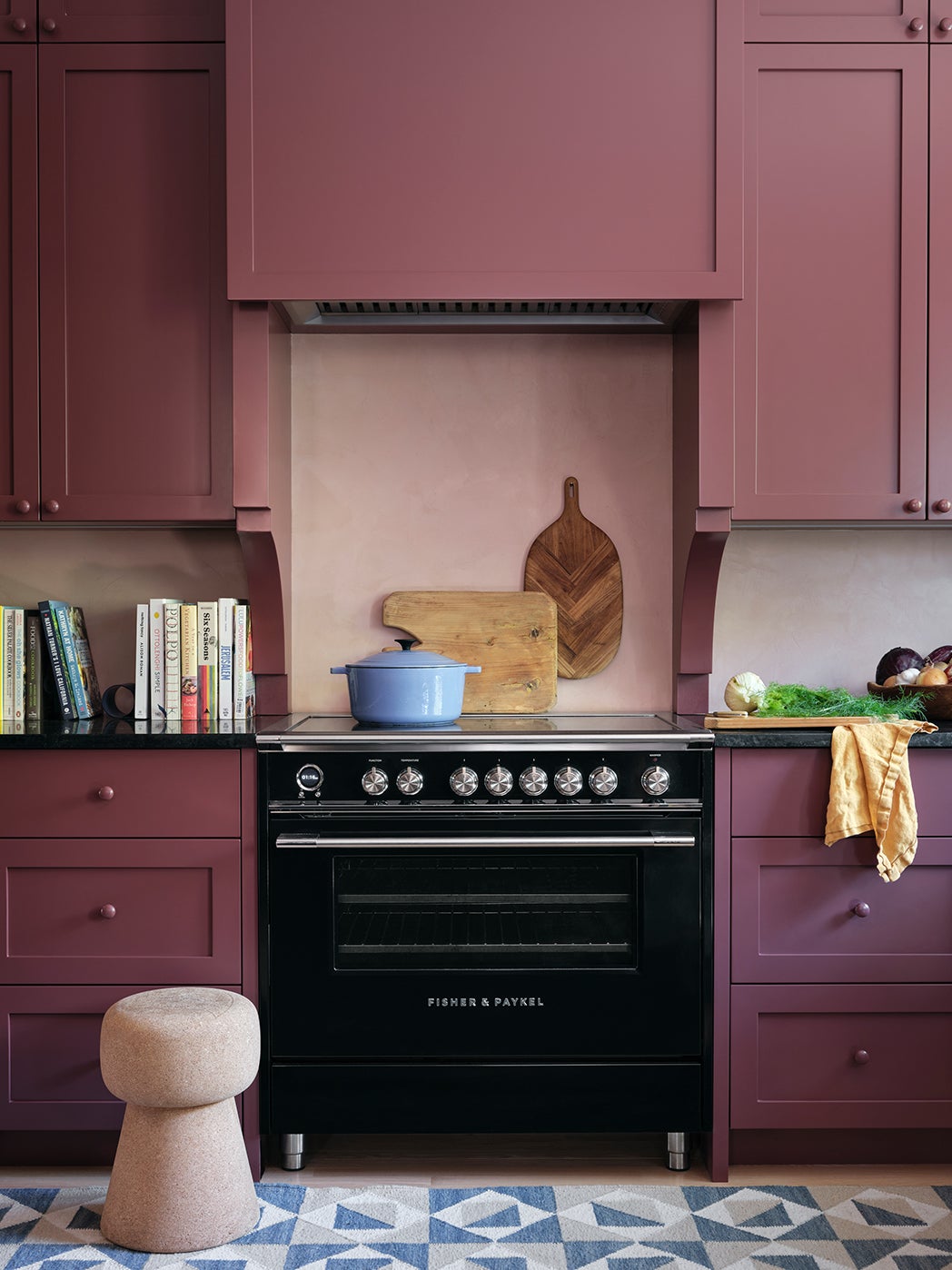 Halfway through my kitchen renovation, I started research for a book about imaginative kitchen design. I ended up writing the manual I wish I’d read before I’d begun—oh well. So while Uncommon Kitchens shares killer advice for renters and renovators, my own completed space shows I still had a lot to learn. (Note to self: Next time, research the book first.)

Still, my take is that it’s never too late or too expensive to improve your space—people take it far too seriously. The kitchen can be as flexible and creative as any other room—you just have to treat it that way. People think of kitchen design as something you decide once—hence the movement toward “safe” colors and materials (greige tile, I see you)—but the kitchen benefits from little upgrades all the same.

The happiest kitchens, to me, have joy-inducing color; contain freestanding elements like furniture, not just hulking appliances and built-in cabinetry; and leave room for change, be it a rug, art on the walls, or cool vintage vessels cluttering a windowsill.

This house, a handsome 1905 brick pile with intimidating molding in a village in Montreal, also happened to be my family’s first non-apartment. The kitchen, renovated in the 1950s, was nearly untouched. I would have kept the whole room as is—call them old if you want, but slab-front cabinets are classic—but dated electrical doesn’t fly. Unfortunately, to get to the wires, the cupboards had to come down, which meant starting from scratch on the room.

A designer friend, Celia Bryson, came on to oversee the remodel, and I shared my inspo images of wonky British kitchens and appliance wants, namely a crimson Fisher & Paykel range I’d become minorly obsessed with. (It looks analog but has induction technology—healthy and safe!) That oxblood red landed on the cabinets (it’s similar to Benjamin Moore’s Hodley Red), and the range ended up jet black, a nice pop. Once I was on board with one Fisher & Paykel appliance, I stuck with the brand for all. Its signature dish drawers are rad—two petite dishwasher units in the footprint of one. Plus most of my designer friends gave the thumbs-up.

Celia sourced the honed soapstone, which makes a really pretty backdrop for bowls of fruits and veg. Dramatique! It’s also hard-wearing and doesn’t stain. There can be small fissures, which are common, but that’s no big deal to me. The most beautiful rooms I’ve written about and experienced show signs of use—it’s universal. Designing for lasting perfection is nonsensical, and frankly, it feels insecure. Wear and tear isn’t just expected in a hardworking room like the kitchen, it’s encouraged. Think ripped jeans, people!

Commune Design and Heidi Caillier are two firms that employed a sweet arched detail on a cabinet profile, and I pushed for that—it’s just enough look but not something you’d tire of. (Then again, we’re the type of family that okays burgundy cupboards, so clearly fear is not a driver of decisions over here.) Celia whipped up a proper cabinetry scheme that made use of the too-big room, including drawers for dishes, which I desired in the way that some people desire handbags.

The whole thing was so gorgeous that it nearly haunted me. I tacked a piece of art up high to break up the uniformity of color. All the cookbooks found a home lined up on the counter, again, interspersing color and shapes where there were large blank expanses. But the combination of fresh cabinetry and a drywall background felt gross to me. Months later I commissioned the rose-colored plaster walls—more on those later.

An ingenious piece by Celia, the worktable has deep drawers for kitchen towels and school lunch bags and an inset spot for paper towels. Its legs add considerable airiness to the space; it doesn’t feel as hulking as an island. That piece and the pantry have different paint schemes to keep the room from feeling too matchy-matchy. The table and lower pantry cabinets are in a color similar to Farrow & Ball’s Downpipe, which looks deep on the chip but is one of those magical shades that changes brilliantly with the light. I even traded oxblood knobs for blue ones here and there to again mix it up.

There was a point in this kitchen in which one side was getting gorgeous and the other, the breakfast room, was absolutely bereft of charm. I’d thought the generous windows and deep molding would carry it somehow, but I was way off. To be honest, the money was running out, too—I had relied on Celia to manage the high-performing half of the space and things like lighting, while I tackled the breakfast room.

In came art, more art, and vintage furniture…but still it felt barren. I landed on the aforementioned wall treatment to give the space more body. Lime plaster—a thin coat of lime-based paint applied in swishy patterns—added an old-world, dilapidated grandeur to the new-school drywall. (This idea was nicked from Matilda Goad’s famous kitchen.) Drywall is the enemy, folks—the less of it, the better. A sweet pendant lamp made sitting at the table more intimate, and a pop of zesty citrus on the window insets brought even more life. (Hat tip to Toronto design royal Karl Lohnes for the color—I had previously considered off-black or Yves Klein Blue.)

We made one small footprint change: reorienting the pantry entrance to allow for walk-in food storage, as well as fridge and freezer drawers behind the cabinetry fronts. There’s a bar sink there near the tea and coffee station, too, but it’s rarely used. Still, the pantry has two things I love: shelves and shelves of various decorative bric-a-brac, which bring me joy to see and use, and a fridge drawer, which gets a lot of action. You can change the temperature to temperate, to accommodate fruits and veggies, or make it chillier for overflow wine and beer when there’s a party to host.

The pantry walls are painted a cheery shade, the iconic Farrow & Ball India Yellow, which is such a sure thing that I barely even tested it. (Truth: By this stage in the renovation, I had debilitating decision fatigue.) My sister in Maine salvaged jigsawed trim on the low shelves. It was commonly placed above sinks and windows in the 1950s and people tear it out all the time, but it’s supersweet!

There’s no “thank heavens we gutted it!” to this story. I still look at the “before” pictures and feel a little wistful. It was a sweet and homey kitchen with some questionable wiring; I can only wonder if an additional circuit breaker and some burgundy paint would have done the trick.