Without losing any of its charm. 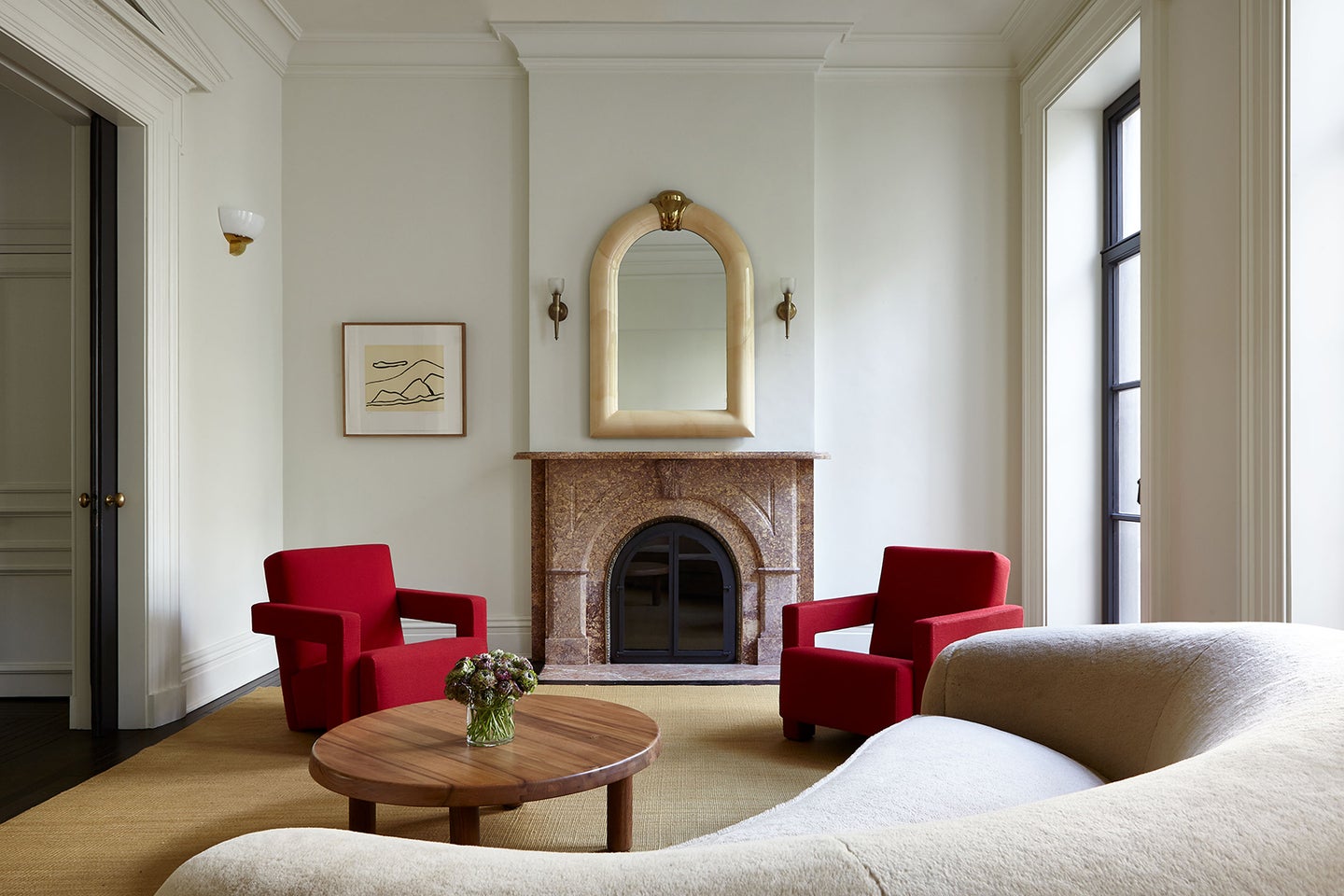 When you’re dealing with an old house, it can be tempting to gut the interior and start from scratch. But when architecture firm BarlisWedlick (a member of the ​​U.S. Green Building Council and Passive House Institute U.S.) was tasked with restoring a landmarked 19th-century Manhattan brownstone that once belonged to Robert De Niro, tearing everything out wasn’t an option. It had to figure out how to transform the five-story West Village home into an energy-efficient passive house without losing any of the 150-year-old details protected by the neighborhood’s preservation board. (In case you’re not familiar, a passive house is one that meets a strict set of standards for airflow and heat retention.)

Already handling another ongoing project upstate for the new homeowners, BarlisWedlick had no need to convince anyone to try to meet the rigorous requirements. We asked architects Alan Barlis and Jessie Goldvarg exactly how they kept all the charm and none of the energy leakage.

Especially when it came to the front windows—the original double-hung panes aren’t ideal for retaining air (or heat)—there were quite a few preservation hoops to jump through. The firm had to get approval for each window it replaced, and it couldn’t lean on its energy-saving go-to of simulated double-hung windows, because they looked too modern. BarlisWedlick got creative and designed their owntriple-pane French casement windows, where two sashes open inward (the first of their kind approved by NYC Landmarks).

The existing front walls were in pretty good shape, however, so the firm simply removed the interior framing in order to sneak in an additional layer of insulation. “Brooklyn is really the birthplace of historic passive homes,” explains Barlis, which meant abundant resources to tap for advice on anything from who could make the windows to which area of the brownstone to tackle first.

There are 14 (yes, 14!) original fireplaces in the 1852 home—and the owners didn’t want to part with a single one of them. However, the hearths were essentially giant air vacuums—not great for insulation. “We were ready to seal all of them up,” recalls Barlis, but the homeowners wanted as many to remain functional as possible.

Another compromise was in order: By closing up 12 (the kitchen and living room ones still work), the firm didn’t have to sacrifice on a key sealing element. Pro tip: Passive houses don’t need to fulfill every requirement 100 percent. Higher than necessary heat retention means that something like the thermal bridge (aka how much indoor heat makes its way through the walls to the outside) can be on the lower side.

The trickiest part of the entire project was working around the original winding staircase. The owners refused to part with its intricate details, even though the firm had to extend the element up another floor to lead to a new penthouse addition. “We essentially had to peel back each layer of wall and plaster, seal it up, and lay everything back the way we found it,” says Goldvarg. “There was no way to work around it.” When buying exact replicas of vintage molding or bannister spindles isn’t possible, working slowly and steadily is crucial to save irreplaceable accents.

Don’t Worry About the Sides

Surprisingly, insulation wasn’t a major issue during the renovation thanks to an underrated perk of city living. Because the brownstone is attached to its neighboring buildings, the house shares wall insulation. Conjoined townhomes transfer heat from one building to another, unlike a freestanding home.