The key is a neutral counterpoint. 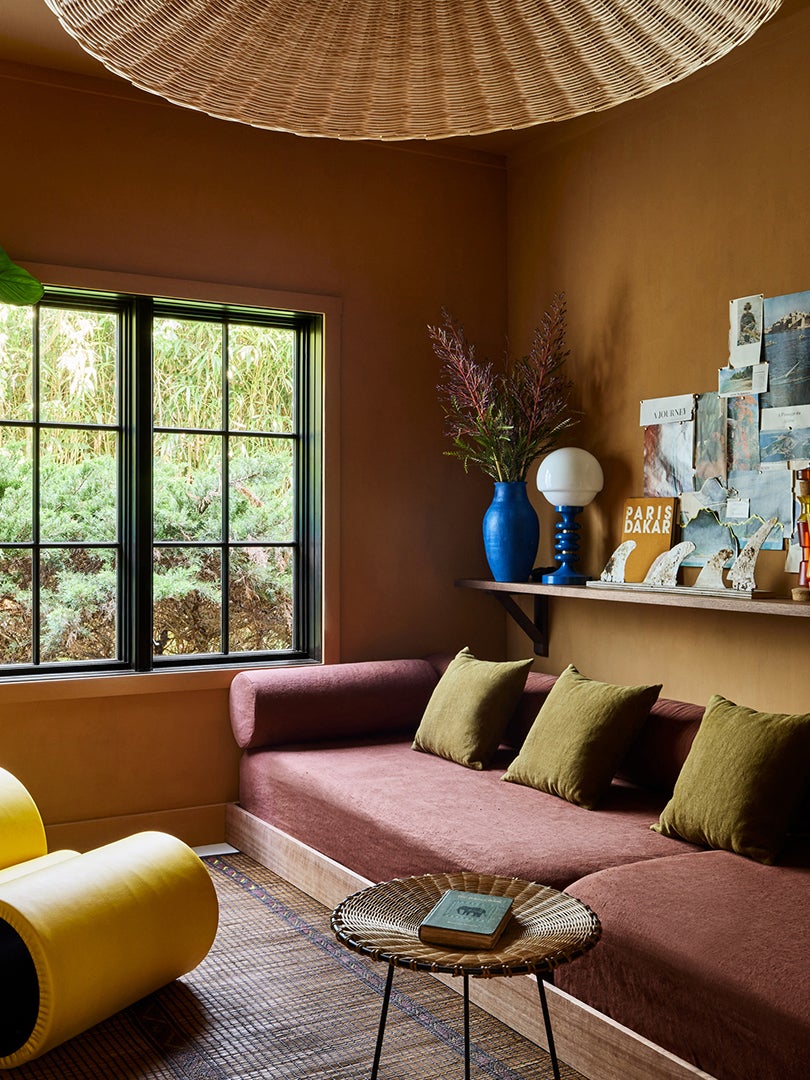 Robert McKinley is as particular about the windows he puts in his rentals as the properties themselves. “I like ones that feel delicate and have very minimal mullions, as opposed to really chunky stuff,” says the interior designer and founder of Studio Robert McKinley. His sixth vacation home in Montauk, New York, was especially deserving of the update: It has ocean views that are worth showing off. McKinley went with a Marvin products for their streamlined profiles, but didn’t forgo functionality. The kitchen window that looks out onto the screened-in porch slides completely open, so guests can easily chat with one another and even pass dishes through the space.

The silvered cedar and mahogany shingles that now grace the home’s facade appear as if they’ve been there for decades, but when McKinley bought the place, it looked like your average suburban house with vinyl siding and fluted columns. “We tried to strip all of that away,” he says.

The just-opened bungalow, dubbed Seaview, was a chance for McKinley to debut another one of his passions: furniture design. While his previous projects have featured various prototypes, many of the items in this space, from the Murano glass lights encased in rattan shades to the rugged stone and wood coffee table, are now available for purchase through his new shop, Monea. Booking a stay isn’t the only way to experience McKinley’s world, though. Here are four reno ideas we’re stealing for our own space.

Start With a Warm Slate

Before, the home’s interior had a red-orangey glow from the glossy wood floors, stained maple vanities, and thick brick kitchen backsplash. As a quick fix, McKinley painted almost every surface white, with a few key exceptions. To help break up the crispness of the walls, he swathed the floors in a khaki-cream hue (a first for the designer), the structural steel beam in a verdant Kelly green, and the steps in an ochre-orange.

Nod to the Beach, But Not Too Literally

The kitchen countertops and backsplash are subtly reminiscent of Montauk’s rock-dotted beaches. “It sort of feels as if we’ve taken a section of the coastline,” says the designer. However, the pebbly-looking slabs are actually a marble dubbed Smoke of London, which McKinley paired with Reform’s rough-sawed, smoked oak cabinets.

Striving for yet more warmth, the designer covered the floor (and the bottom third of the wall) in one of the bathrooms in Heath Ceramics’s Manganese tile, an unglazed brown clay option that “almost looks like dark cardboard,” as he puts it. “First and foremost, we want someone to walk in and say, ‘Oh, wow, this feels like this could be my home,’” shares McKinley.

As with all of McKinley’s previous bungalows, there’s one room in the house that is completely saturated with color. Here, the lounge space is drenched in a mustard limewash finish from Domingue called Giza. “I picked that one specifically because it looks like the sandy cliffs you see all over Montauk,” explains the designer. Even with all the light streaming in, the extra-long sofa and soaring fiddle-leaf fig make you feel like you’re nestled in a cocoon.