Example A: The limewash-coated powder room. 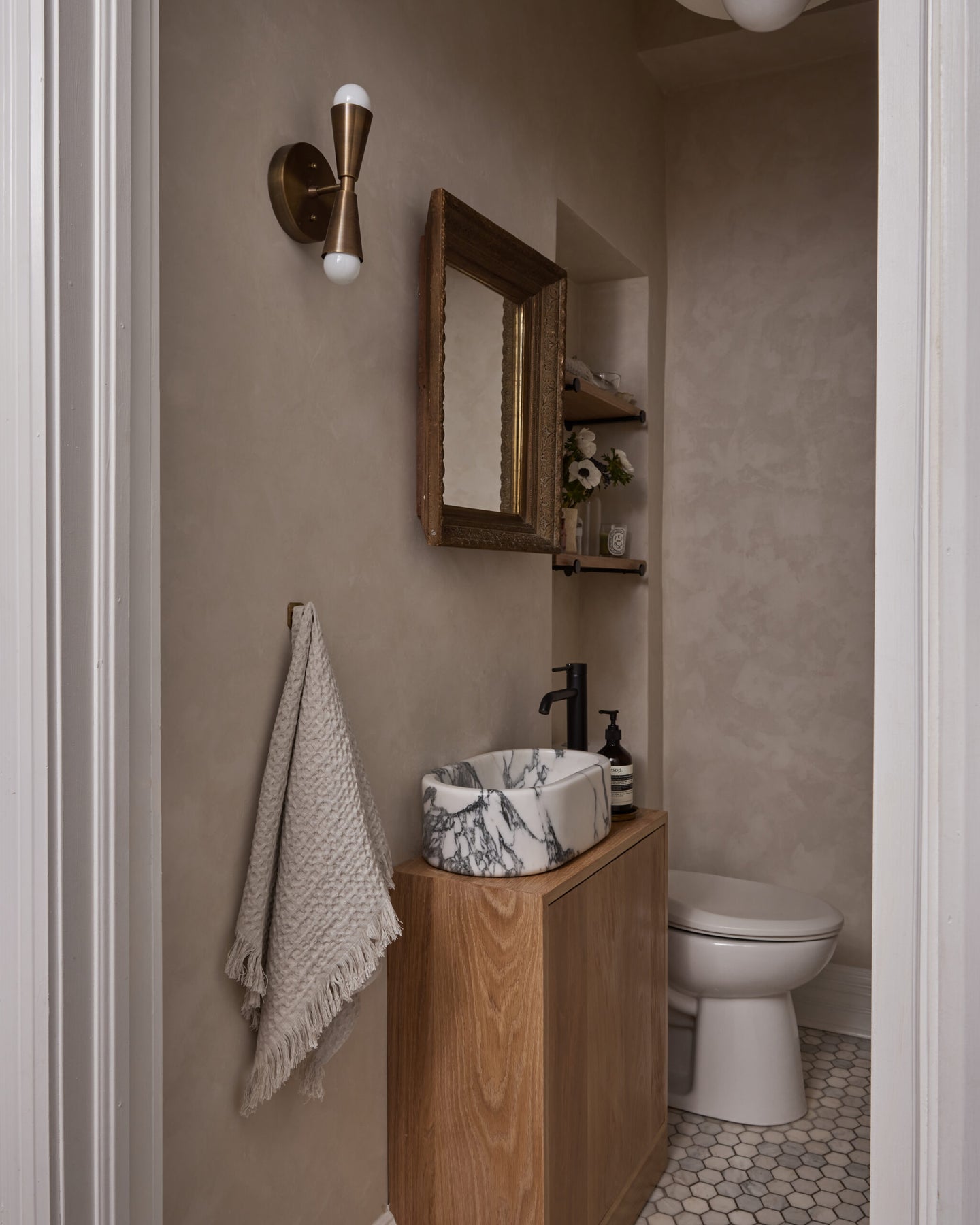 When friends of Noura Sakkijha and Majed Masad step inside the couple’s Toronto home for the first time, it clicks. The space is clean, sophisticated, and approachable—just like the fine jewelry their company, Mejuri, has become known for. “They make fun of us that everything looks the same,” says Sakkijha. Mejuri’s accessibly priced gold hoop earrings, dome-shaped rings, and chain-link necklaces (to name a few staples) are designed to be lived in, and the interior of the Jordanian cofounders’ circa-1875 Victorian townhouse is no different. Shortly after purchasing the place three years ago, just before the arrival of their twin daughters, Joud and Julia, the pair brought in designer Sarah Birnie to help them bring their signature cool-collected style full circle.

Maximizing the house’s third floor (formerly just an ordinary attic space) was one of Birnie’s biggest tasks. Sakkijha and Masad needed the nook to function as a guest room, a home office, a workout area (complete with a Peloton), and “maybe at the end throw a kitchen up there,” says Masad with a laugh. Okay, so there’s no kitchen as of yet, but it definitely serves the first purpose (the sofa pulls out into a bed), as well as the second. “When I’m working from home, I’m typically there, and then in the evening it turns into Noura’s zen space,” adds Masad. Birnie went heavy on the Zoom meeting–approved white paint and neutral furnishings to make sure the room was multipurpose and distraction-free. It also happens to be where Sakkijha gets dressed most days (the flowing drapery hides a bonus walk-in wardrobe). “It’s where I go and decompress,” she explains.

Back downstairs, Birnie sought to brighten things up and ditched the old dark green wallpaper for more white paint, light fixtures with dynamic shapes and textures, and cozy bouclé fabric. “With Toronto townhomes, there’s a whole lot of space in the center that doesn’t get natural light, so we highlighted lighter tones throughout to make everything feel less heavy,” says the designer. The large arched mirror in the entry helps bounce the rays streaming in from the street around the space, too.

The curved silhouette is also a nod to the couple’s Middle Eastern heritage, which they took a step further by turning one of the doorways leading into the kitchen into an arched opening. “It’s something that just reminds me of home,” notes Sakkijha (the third-generation jeweler moved to Canada in 2008 to complete her M.B.A.; Masad put down permanent roots in Toronto in 2002).

Filling the new living room bookshelves was an opportunity to achieve a lived-in look, but sourcing all those books was no joke. “We love to have people over all the time, so it was important to us that the space feel welcoming and homey and not overdone,” says Sakkijha. So they made it personal: Most of the titles have to do either with business, leadership, architecture, or jewelry design. “There are also crystals mixed in there because I’ve always imagined myself being this zen, mediation person, so it reminds me of wanting to be that,” says Sakkijha, laughing. “I’m still working on it.”

The large painting leaning over the fireplace is a work by the mother of Justine Lançon, Mejuri’s chief creative officer (she’s also one of the couple’s closest friends), while on the nearby gallery wall, Sakkijha surprised Masad by framing a photo he took on his phone of an art gallery in Jordan. “It’s really near and dear to my heart,” says Sakkijha. For Joud and Julia, it’s all about a work by Lançon made for the family that reads “Les Champs-Elysées.” “For some reason, they think we used to live there,” says Sakkijha. “I can’t break it to them that we live in Toronto.”

Contrary to popular belief, the best hosting trick isn’t a well-laid-out cheese board—it’s a superchic powder room. Masad and Sakkijha’s is located in the hallway that leads to the backyard, so it was crucial to make the narrow spot extra-special, as it gets used constantly. Birnie coated the walls in limewash for a wow factor and had a custom vanity and a marble sink designed to fit in the tight quarters. “I think I texted Sarah every day about the sink,” remembers Sakkijha. “I couldn’t wait for it.”

The couple’s two toddlers were very much a factor when it came to the decorating, especially in the kitchen. The dining bench is clad in performance leather, meaning any Cheerios or soup spills can be easily wiped up. The seat itself is at the perfect height so they can climb up and down without the help of Mom or Dad, and the tucked-away spot doesn’t get in the way of their ability to run around or even “ride their bicycles through the house,” as Masad points out. When the warm weather hits, the family can be caught at their local bagel shop or soaking in the sun (and water table play) on their top-floor terrace. “It’s my sanctuary in the summer,” says Sakkijha. 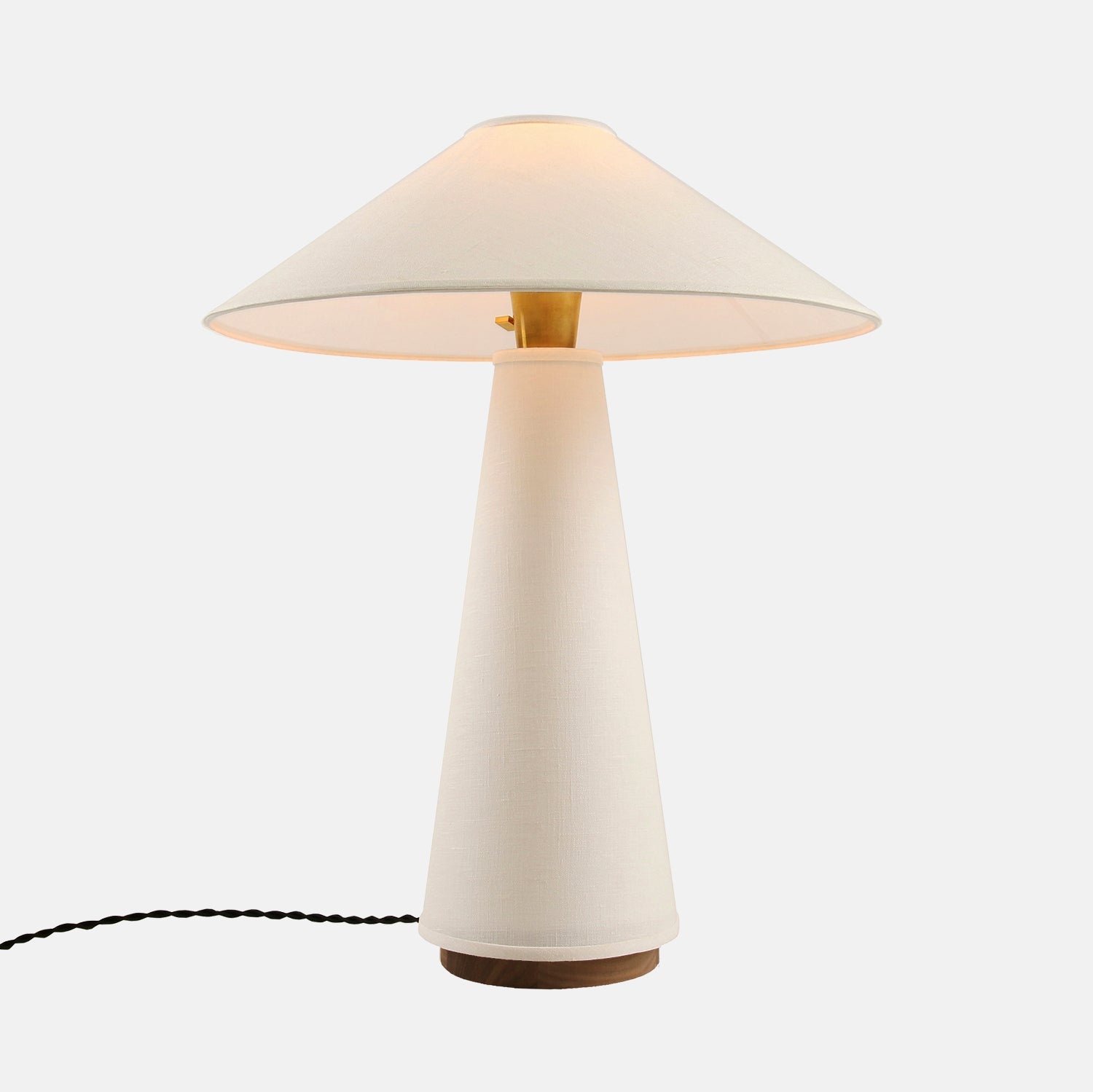 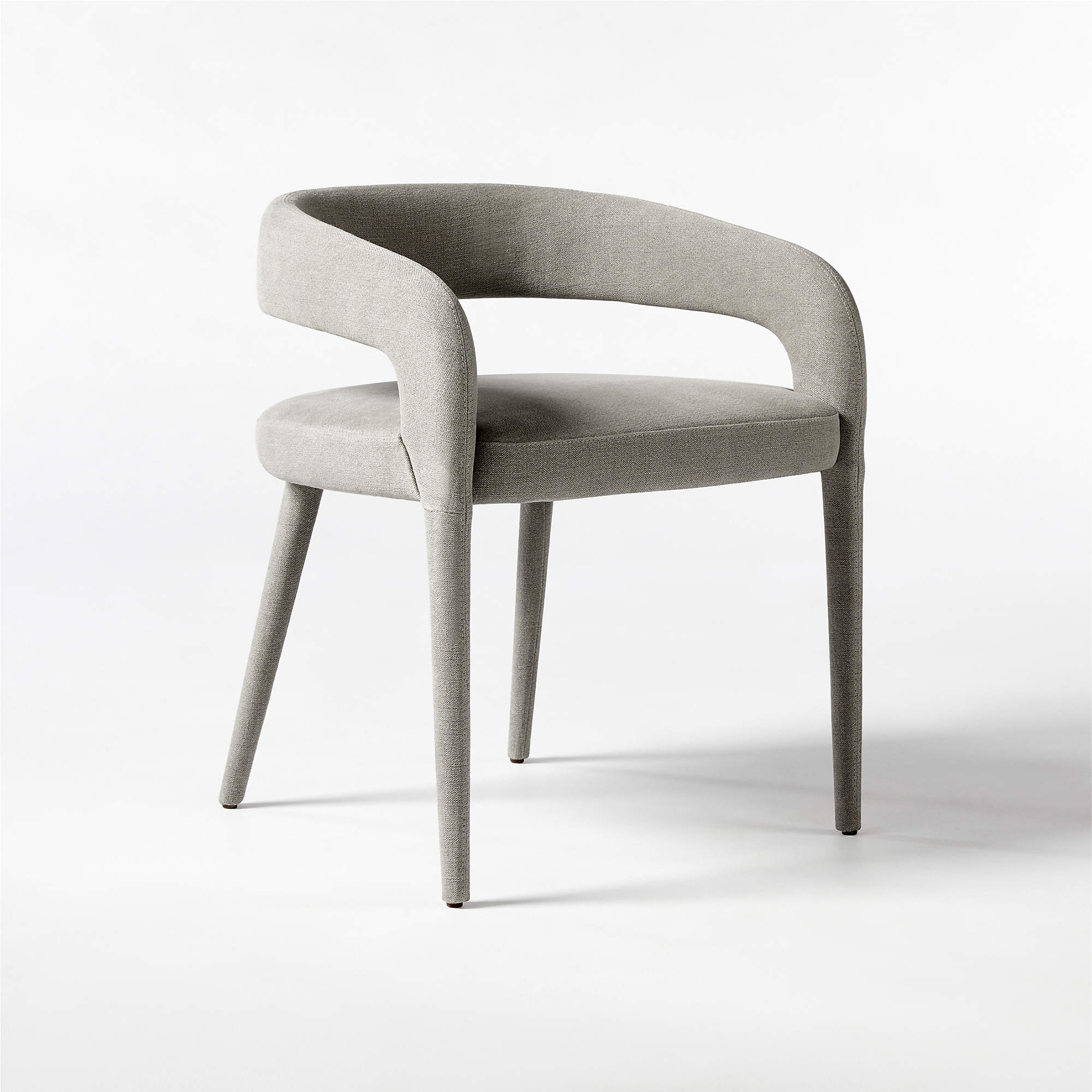 The object in our home that gets the most use: The coffee maker!

Sakkijha’s biggest save: The IKEA shoe organizer in the front entry.

The upholsterer who can do no wrong: J&J Made.