Plus what the designer is cooking at home. 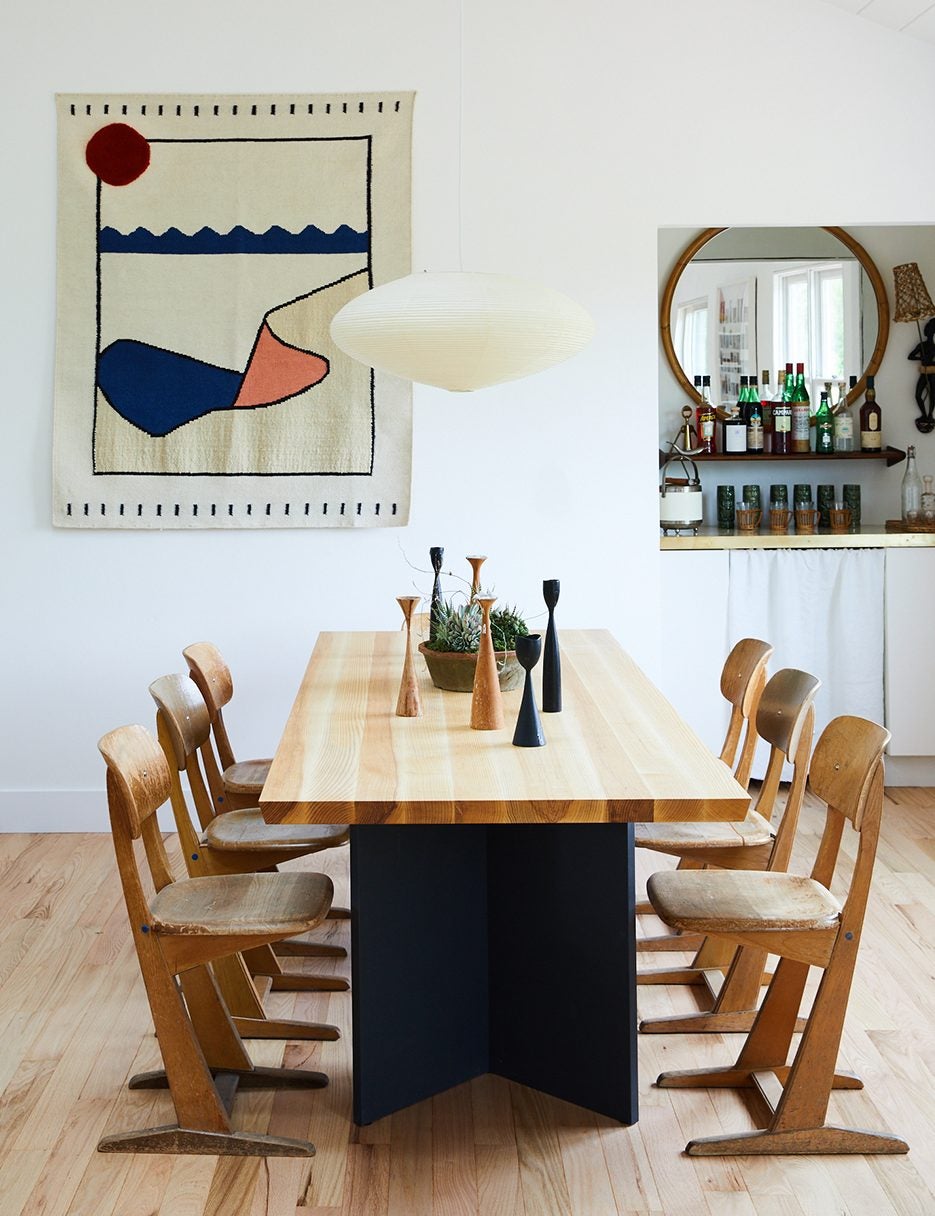 Welcome to The Great Ones, a collaboration with Great Jones that takes us inside the spaces of designers and creatives with great taste—both in and out of the kitchen. Robert McKinley is an interior designer and founder of Studio Robert McKinley, an award-winning design firm specializing in hospitality venues like The Surf Lodge, Sant Ambroeus, and Hotel Joaquin. At one of the bungalows he designed in Montauk, McKinley cooks local striped bass with his wife, Kate, and chats about his approach to designing hospitality spaces. When I was in college, I got a part-time job at the mall at Tommy Hilfiger as a cashier and salesperson. I was 20 or 21 years old. I was enrolled in a marketing course and had to do a special project, so I asked the guy who would come from Manhattan to design the window displays if I could assist him for school credit. He agreed, so I did, and he was like, “Oh, you have a knack for this.” And before I knew it, I was doing window displays.

One night at a concert, I met the manager of the Emporio Armani store in Manhattan, and I called her probably twice a week, every week, for three months. She finally allowed me to come in and do an overnight display project, and they ended up offering me a job. I was there for six years, and we did all kinds of big event designs, which is really where I cut my teeth in designing spaces. Then I had some friends who were party promoters, and they were opening a nightclub, and I begged them to let me design it. Meanwhile, I think I was the only one willing to do it for the amount of money that they had. And just like that, I was in business.

It was a success, and everyone really liked what I did, even though I had no idea what I was doing. I hadn’t been formally trained. I was drawing plans on a piece of loose-leaf paper with a ruler and learning what scale meant. I just went on to design the next one and the next one and the next one, and I picked my head up at one point and said, “Oh, wow, I’m an interior designer.” And that’s sort of how it happened.

Then I start to think about references that allow us to get there. Sometimes it’s a place. Sometimes it’s a town. Sometimes it’s a texture. We’re designing a home right now and starting with the texture and feeling of an old, weathered, sunny evening. Like late-afternoon, sun-baked concrete by the seaside with a light breeze. I remember being a kid sitting on the edge of a curb and feeling that warm sidewalk that was all beaten up, with moss and rocks coming through. And then you start to build what that feels like and looks like. So that’s how we approach it.

This new bungalow, Etna, is a departure from the past two that we’ve done. It’s a single-story, flat-roof, concrete structure and almost Mediterranean in its architecture, which is not common out East. We’re leaning into that a bit more with these espresso-colored poured-concrete floors, lyme-washed white walls, and natural woods with some rattan and very clean lines. With the kitchen, we have these open shelves where we display dishes and plates and all of these pieces that we really love. We love the texture of them. And then on the island we have this beautiful integrated stove by PITT Cooking that’s directly in the stone of the island.

One of the reasons we put it on the island is because, first of all, anytime you’re entertaining, people end up in the kitchen. If you have the stove against the wall, you’re standing there with your back to everybody. So we did it the other way so that you’re in the middle of the party and it’s really fun and interactive. We have some stools on the island so guests can sit right in front of us and we can talk and cook, and it just becomes a really nice little nucleus.

I’ve always been in and around food and design and music. I feel that they are all central and have to coexist—otherwise a space doesn’t really feel alive.

I made roasted striped bass with cherry tomatoes, capers, Spanish onions, some white wine, olive oil, and garlic. Striped bass is in season here in Montauk, and it couldn’t be any fresher. First, we cut the fish into fillets. You could do it whole, but usually striped bass is thick and has a really nice consistency. Then we sliced Spanish onions as thin as possible, but you could add shallots as well. Then we used a fine microplane to get the garlic almost like a paste. We put that in the pot first with some really good olive oil and salt and set it on low just until the garlic starts to get fragrant. Then we added our onions and started to sweat them down a little bit, to the point where they get slightly golden and translucent.

Then we simply put in the fish, some beautiful cherry tomatoes, a generous amount of capers, and some white wine. Some fresh oregano is also nice if you have it on hand. We let it cook on medium for about 30 minutes. (You want it to be very dense with the fish and all of the liquid so that you have a nice almost-broth that starts to happen in the pot.) When the fish is cooked through, we plate the fish and grab a spoon and take all of the tomatoes and onions and capers and spoon that on top of the fish…and eat. Delicious!