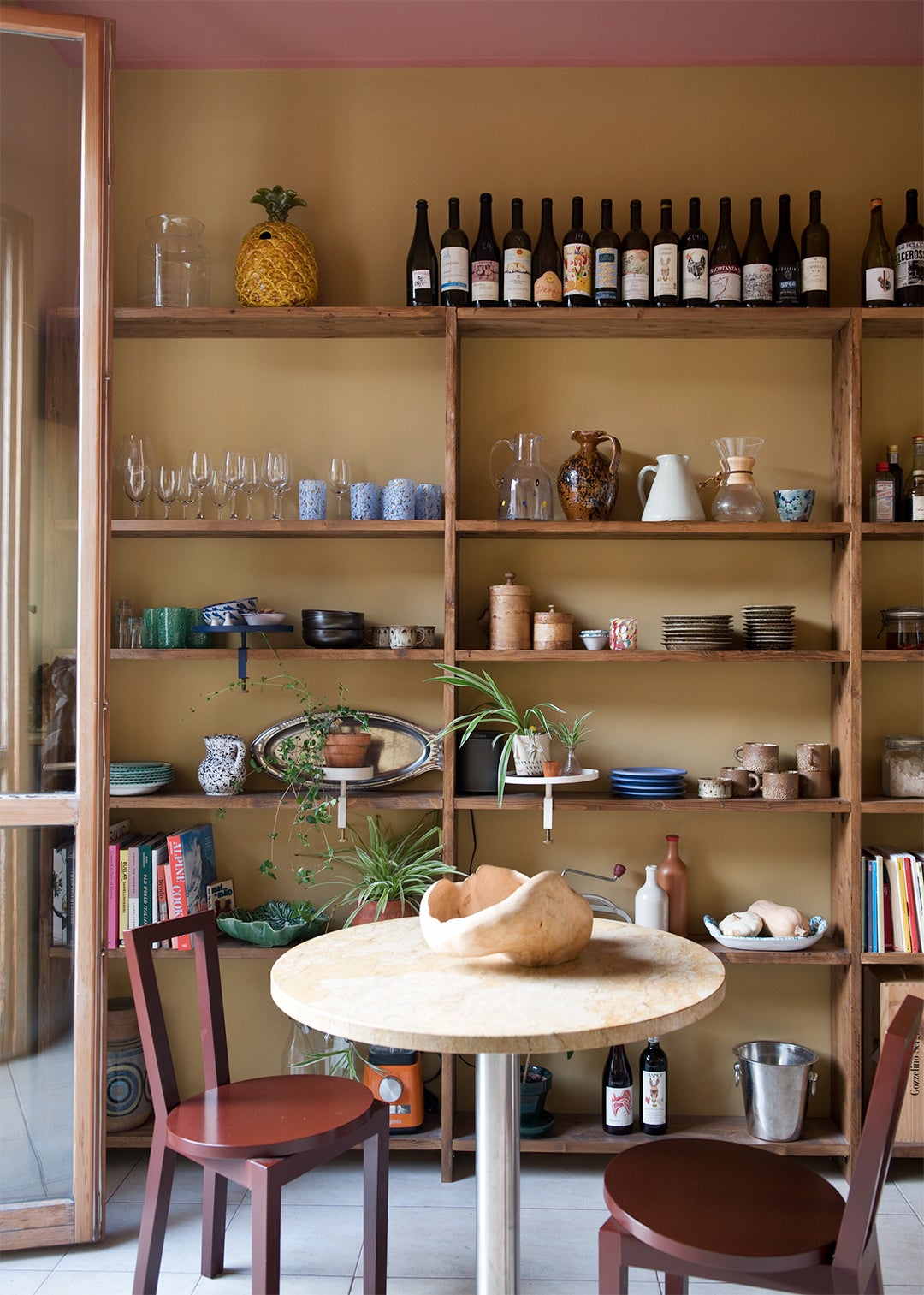 Lina Huring is no stranger to working with her hands. Not only did she study classical painting and sculpture before cofounding creative studio Navet, she built her family’s last house from the ground up with her husband, Marcus. So when the pair; their 4-year-old son, Dante; and their Italian greyhound, Missy, moved again in 2019—this time from Barcelona to Milan to grow the Italian outpost of her business—Lina was more than ready to take on the challenge of a kitchen-less, two-bedroom rental.

“In theory, this apartment was not an option; it was in bad condition, surrounded by tram tracks and right across from the provincial fire station,” Lina notes. But where others would see red flags, her trained eye picked up on the potential: a blank slate with a large terrace and ample natural light. After hopping from city to city for years, things changed when Dante arrived. “We said, ‘Let’s really create a home, even if it’s a rental.’” she adds. It didn’t hurt that the neighbors seemed happy and their landlord was open to the renovation.

That terrace became an even bigger plus when renovations began—it was the site of their makeshift kitchen while they built the real deal inside. After dinner, the bathroom was designated for dishwashing duty. Those months weren’t easy, but the thought of a customized home kept them going.

As the new space took shape, the Hurings once again put their construction skills to use, building custom wood shelving and a table using the same Giallo Reale marble as was used for the countertops. (The base was ordered from a local restaurant supply shop to match the stainless steel IKEA cabinets.)

Lina looked to the evening sun, which bathes the metal fronts in golden light, as her inspiration for the layers of warm tones. Rosy Rosso Verona marble trim, yellow walls, a pale pink ceiling, and red dining chairs mimic a spectacular sunset. And there’s no better accompaniment to such a scene than a juicy slice of summer watermelon, as depicted in the painting above the sink, a Dante pick from a local flea market.

Guests often point out that the Hurings’ home directly mirrors the Navet aesthetic: “We have the Scandinavian clean lines and style, but southern European colors,” Lina explains. Navet stands for “new and very exciting things,” and there are many of them to be found here. Clamp powder-coated trays dot the pantry shelves, laden with plants and extra tableware. Hand-poured glass Jelly mirrors adorn one wall of the office, art in their own right. And on the striped dining table—designed by Lina herself—sit Navet’s candylike Murano glass Canna candlesticks.

“Navet was created out of our common wish to make better things—and to work creatively together in our way,” says Lina. Even wine storage is susceptible to a glow-up. In the master bedroom—why not?— crinkly neon orange racks are nestled into a larger shelving unit (the piece appeared in the studio’s very first exhibition). Marcus launched a natural wine startup this year, so the couple’s current bottle lineup features its first selection of winemakers.

Three years have gone by in the rental, quite a milestone for Lina: “Since I was 19, I’ve never lived in the same place for a long time. I always moved a lot.” Decorating the apartment has been a much slower process than growing the studio, which, in just four years, boasts an impressive list of clients and product collaborations, including one between H&M and IKEA called Atelier100. But Lina has come to appreciate the change of pace. “Slowly, you adjust to the home and the home adjusts to you,” she says. “It is possible to allow yourself to wait for the right piece.” With this mindset, she continues her search for the perfect bedside tables.