Whoa, This Exterior Before and After Cost Less Than $1000

There’s hope for all of us. 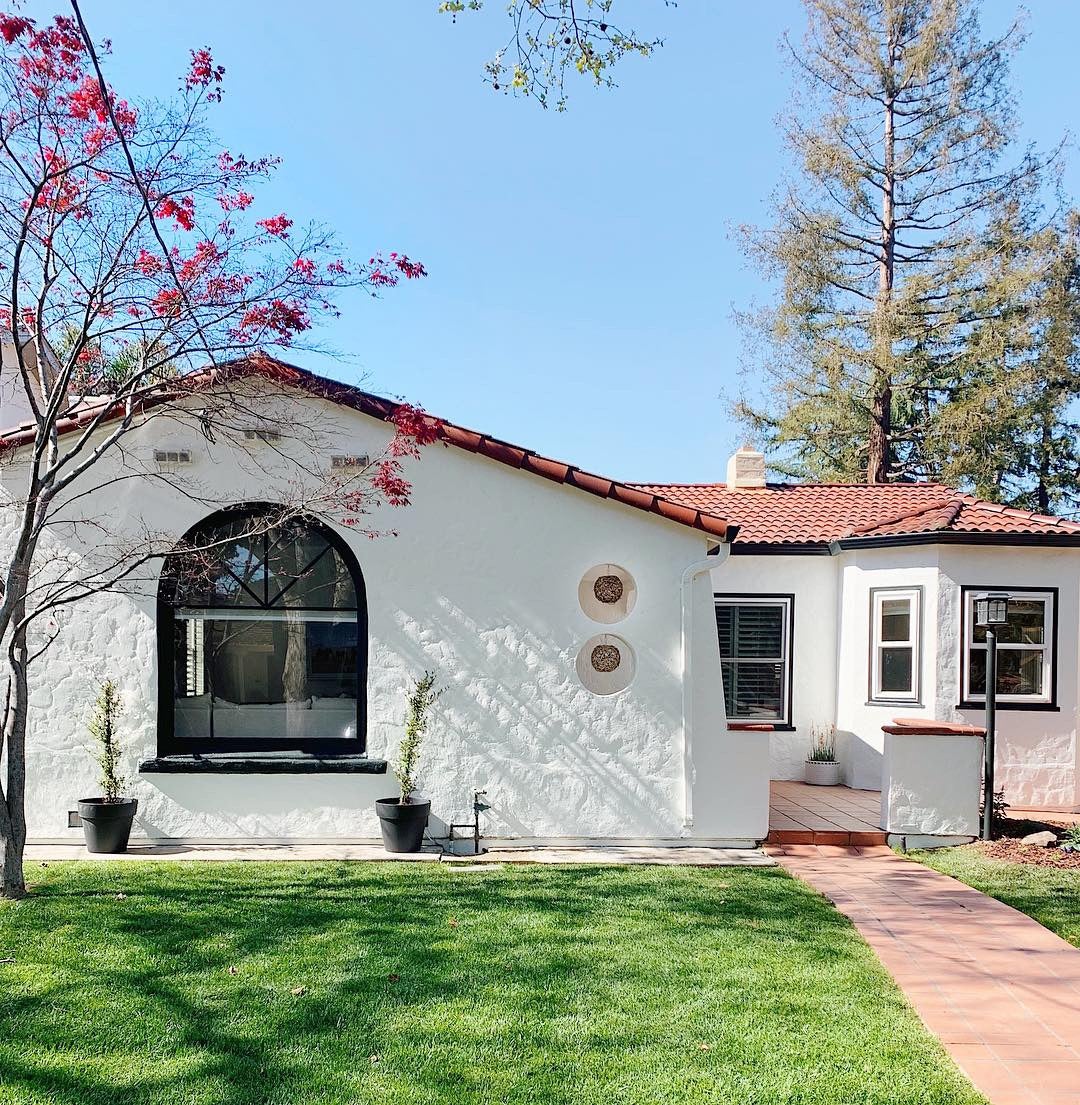 Maybe it’s chipping paint, sun damage, or a dated hue—no matter how cool a house’s interior style is, sometimes the outside looks, well, blah. If your home leaves something to be desired in the realm of curb appeal, there’s hope yet. For serial renovator Ashley Petrone, updating an exterior is as simple as a fresh coat is crisp white paint.

Before moving to her current home in Northern California, Petrone lived in multiple places, including an RV, where redo-ing the facade simply wasn’t in the cards. Naturally, after buying her new home less than a year ago, Petrone made sure painting the exterior was at the top of her renovation to-do list. Given that she finished the job in record time (two and a half days, with the help of her mother), we figured the newly minted exterior pro would be the perfect expert to tap for tips. Petrone’s number one rule? “Just go for it,” she says.

Prior to actually painting the house, Petrone knew the exterior needed to be pressure-washed. After weighing the pros and cons of doing that on her own, she opted to hire out the task for timing reasons. Because the only other cost was the paint, which barely topped $500, it didn’t prove to be an expensive splurge.

Carefully deliberate over the color

Choosing the right shade of white was the hardest part of the process. About two weeks before she actually started painting, the designer applied seven 12×12 inch swatches around the house. “It was great because it was raining, then it was cloudy, it was sunny… Every day, I went out to see how the colors were changing with the weather. When it’s really overcast, the color of your house completely changes.” Take time to live with your options before picking one—after all, fixing a bad exterior paint job isn’t as simple as fixing a bad interior one.

Don’t dwell on the challenges

Is there an awkward window or poorly placed column that you simply can’t remove? Paint is a great way to hide what you don’t love about your house or at least make it look a little better. For Petrone, the front of her home features two decorative—and, according to the designer, unwelcome—cut-outs. They were a major part of the conversation about whether she would even buy the home. “I was always talking about how I hated those holes. I thought they were so ugly. I was like, I just need to fill these circles!” says Petrone.  “But now after living here for a little longer, I think they’re so unique.”

You Won’t Believe This Dramatic Exterior Transformation Was a DIY 10 Dreamy Exteriors We’re Loving from Around the World 31 Houses Covered in Flowers, Because Summer