From Rewoven Baskets to a Converted Shopping Mall: The Coolest Things I Saw at Milan Design Week 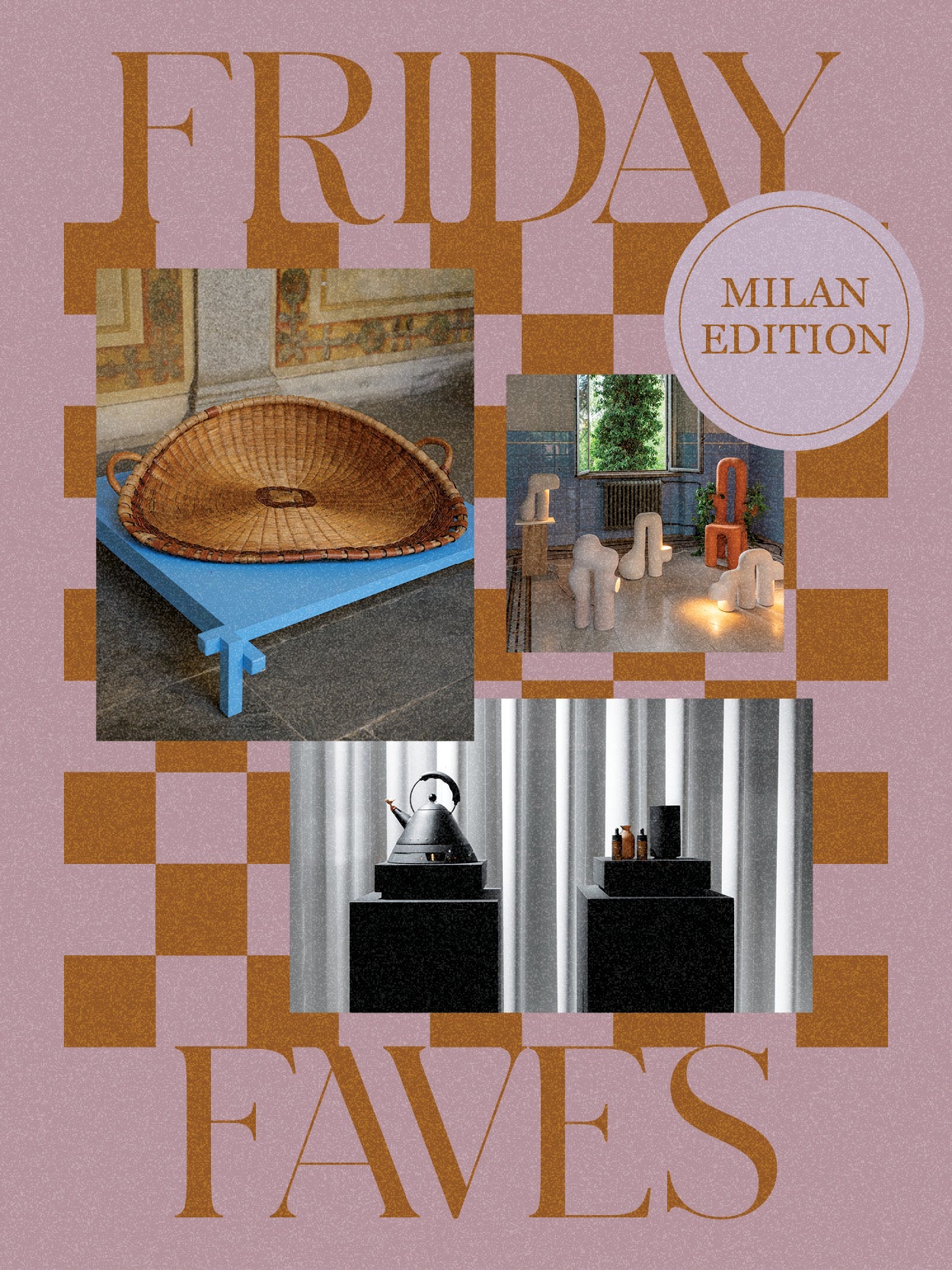 Our days are punctuated by scouting new talent, attending market appointments, and scrolling Instagram in an effort to unearth the products, people, and news you actually need to know. But last week was particularly fruitful for design discoveries, as Domino’s chief content officer, Kate Berry, and I spent our days at Milan Design Week. After walking the colorful halls of Salone del Mobile, meeting up-and-coming designers, and touring some of the most celebrated furniture galleries in the world, we not only left with full camera rolls but a full dose of inspiration. Here’s what we loved most.

Just after touching down in Milan, I made my way to Nilufar Depot, and no other destination could have better set the tone. The raw industrial space’s features, like sky-high ceilings and two floors of lofted galleries that overlook an atrium, made the already stunning works on display all the more compelling. Participating creatives included Martino Gamper (above), Sophie Dries, Andres Reisinger, and Bethan Laura Wood, to name a few. But Osanna Visconti, Ashley Hicks, and Gabriella Crespi’s dimly lit installation tucked in the back room, inspired by Italian gardens, had to be my favorite.

As a major Alessi fan—it has a way of bringing beauty to the most mundane daily objects—I totally nerded out at the company’s centenary installation: Alessi 100—001. Within 12 repurposed shops in a 1950s shopping mall, Alberto Alessi appointed multidisciplinary studio AMDL Circle to curate each room after the 12 core values of the brand, including industrial craftsmanship, paradox, irony, and the future-spective. But the real star of the show had to be the 13th room, by Studio Temp, which highlighted their limited-edition flatware collaboration with Virgil Abloh.

Alcova, the massive group show presenting works by 90 designers, is as much an experience as it is an exhibition. After making the trek to the outskirts of Milan, I strolled Centro Ospedaliero Militare, an urban park that was once a military hospital, and bounced between four buildings and various outdoor spaces to enjoy the latest in avant-garde design. While some rooms were occupied by Domino favorites, like Beni Rugs, Sabine Marcelis, and Objects of Common Interest, I found plenty of new discoveries, such as Elisa Uberti and Otherside Objects.

I often think a lap through Flos’s New York City flagship is thrilling, but for its 60th anniversary, the lighting company took things to the next level. In a special exhibition titled See the Stars Again, a vast industrial warehouse showcased the brand’s latest designs including collaborations with the most prestigious designers out there, like Patricia Urquiola, Vincent Van Duysen, and Michael Anastassiades. What stuck out most was the outdoor lighting section, where a garden provided the backdrop to its animal-friendly introduction, Nicta, which emits warm light so as not to disturb nearby fauna.

As the world continues to grow more fast-paced, Loewe is all about slowing down. For its sixth exhibition in Milan, creative director Jonathan Anderson presented Weave, Restore, Renew, a project about mending what is forgotten or discarded. As part of the brand’s sustainable mission, it distributed 240 distressed baskets from around the world to Spanish artisans Idoia Cuesta, Belén Martínez, Santiago Besteiro, and Juan Manuel Marcilla, who gave them a second life through the art of mending. With installations at both Salone del Mobile and Palazzo Isimbardi’s courtyard, Anderson provided a much needed reminder of the power of craft.