It’s no surprise that the Doors used to live nearby. 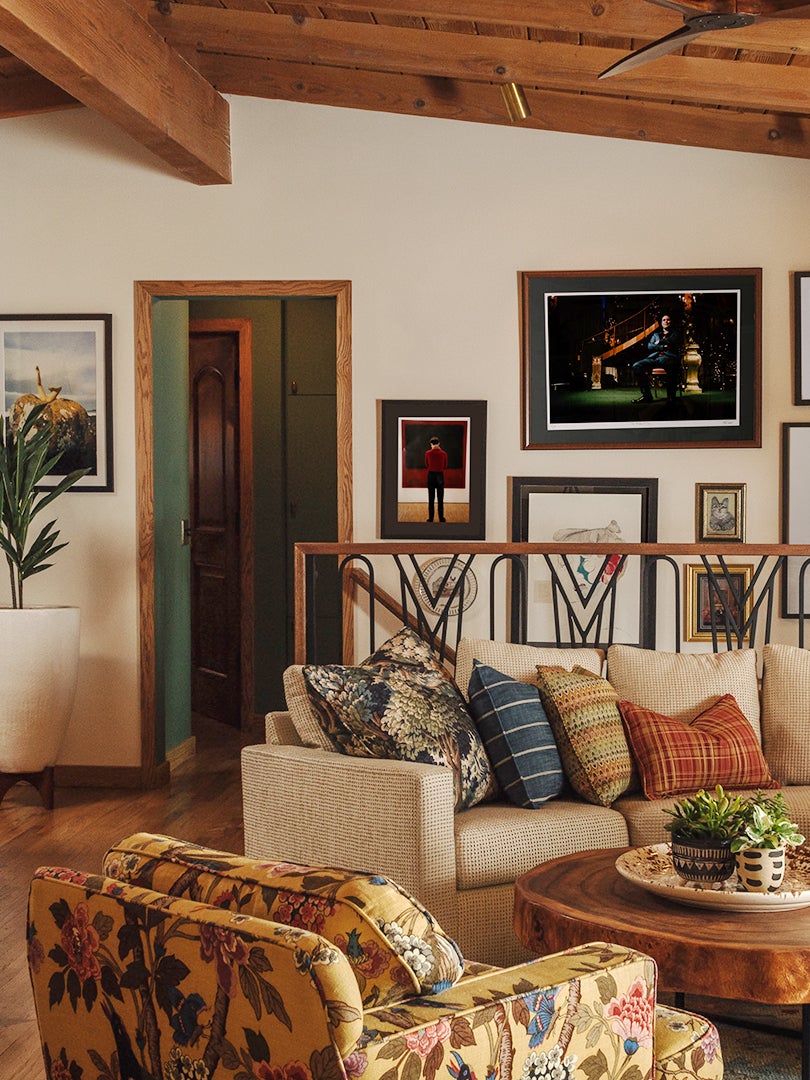 When Caroline Edwards and Nicholas Kraft first stepped inside the Laurel Canyon home that would soon become their newlywed nest, they knew right away that it was the ideal place to begin their next chapter. What they didn’t anticipate is that they’d remodel the entire house. Their vision was initially limited to adding a tub to the primary bathroom, but their designer Gianpiero Gaglione’s enthusiasm combined with the couple’s love of a big project sparked a major overhaul. The cherry on top was that Kraft, a film and television producer who also runs Chain, a pop-up dining experience he cofounded with actor B.J. Novak and chef Tim Hollingsworth, and Gaglione already had a solid rapport. During his early days living in Los Angeles, the designer had surfed with Kraft, “though not very well,” he jokes.

The breezy, bohemian vibe of the Los Angeles neighborhood’s history of musician residents naturally set the stage for the project. “It was home to various members of the Byrds, the Doors, Love, and Buffalo Springfield, as well as to Frank Zappa; the Mamas & the Papas; Crosby, Stills, Nash & Young; and Joni Mitchell. It gave us folk rock, country rock, and a wealth of singer-songwriters. So capturing this vibe was key to the project,” says Gaglione, adding that the couple was adamant about two things: that the design stay true to the 1950s post-and-beam architecture and nothing should feel “new or renovated.”

Situated on stilts, amid a thicket of trees, the house is framed by picture windows that look out to the lush landscape and the distant hills. “We were keen to retain that cozy-but-chic treehouse feeling, so everything needed to feel like it had always been this way,” shares Edwards, a podcast agent who was recently named one of the 40 most powerful people in podcasting by The Hollywood Reporter. The couple’s first tiler actually quit when they insisted that there be no straight lines or flush tile in the kitchen backsplash. “He thought it was absurd!” she recalls.

To achieve that sought-after old-world feel, they added vintage knobs and pulls on the doors and cabinetry, live-edge wood vanities to the bathroom, cane doors to the built-ins, and woven rush detailing to the island. Even the balustrade was a custom addition inspired by the 1930s. Likewise, the kitchen looks as though it could have enjoyed a past life on a silent-movie set. “Remarkably, everything in there is new,” says Gaglione, who overhauled the space with sage cabinetry and rustic brick tile around the range. “Each one is field-cut and specially treated to feel worn and imperfect.” The vinyl window trims and baseboards throughout the home were also updated with white oak, while the club chairs in the living room—originally Edwards’s grandfather’s—were reupholstered with a tropical bird print that nods to L.A.’s year-round sunshine.

For the college sweethearts (who got married one week after moving into the house), canyon living has its perks, but it also means earlier sunsets and frequently overcast skies. “During the day we get really lovely light, but we were in desperate need of a solution for the evenings,” says Edwards. Because it’s a post-and-beam structure with no attic space, they had to drill through the sandblasted cedar ceilings to install flush-mounted lights. “The result was a profoundly beautiful halo effect,” says Kraft. In a bid to invite the sun deeper indoors, Gaglione also replaced the existing timber door in the dining room with large sliding glass partitions.

Most evenings, when time permits, Edwards likes to relax with a warm bath. “It’s my favorite place to be, in the tub with the moon for a neighbor,” she says of the petite primary bathroom that previously accommodated just a shower cubicle and single vanity unit. “We did a little magic with the space planning here, thanks, in large part, to the inclusion of the window,” says Gaglione, who somehow managed to squeeze a double vanity and a freestanding tub into the impossibly tiny space. But of course, the real crown jewel, he insists, is the outdoor shower. “There isn’t much cover above waist height, so your top half is always visible,” he points out. “‘Hey…Laurel Canyon living!’ is what Caroline said, and I can’t argue with that.” 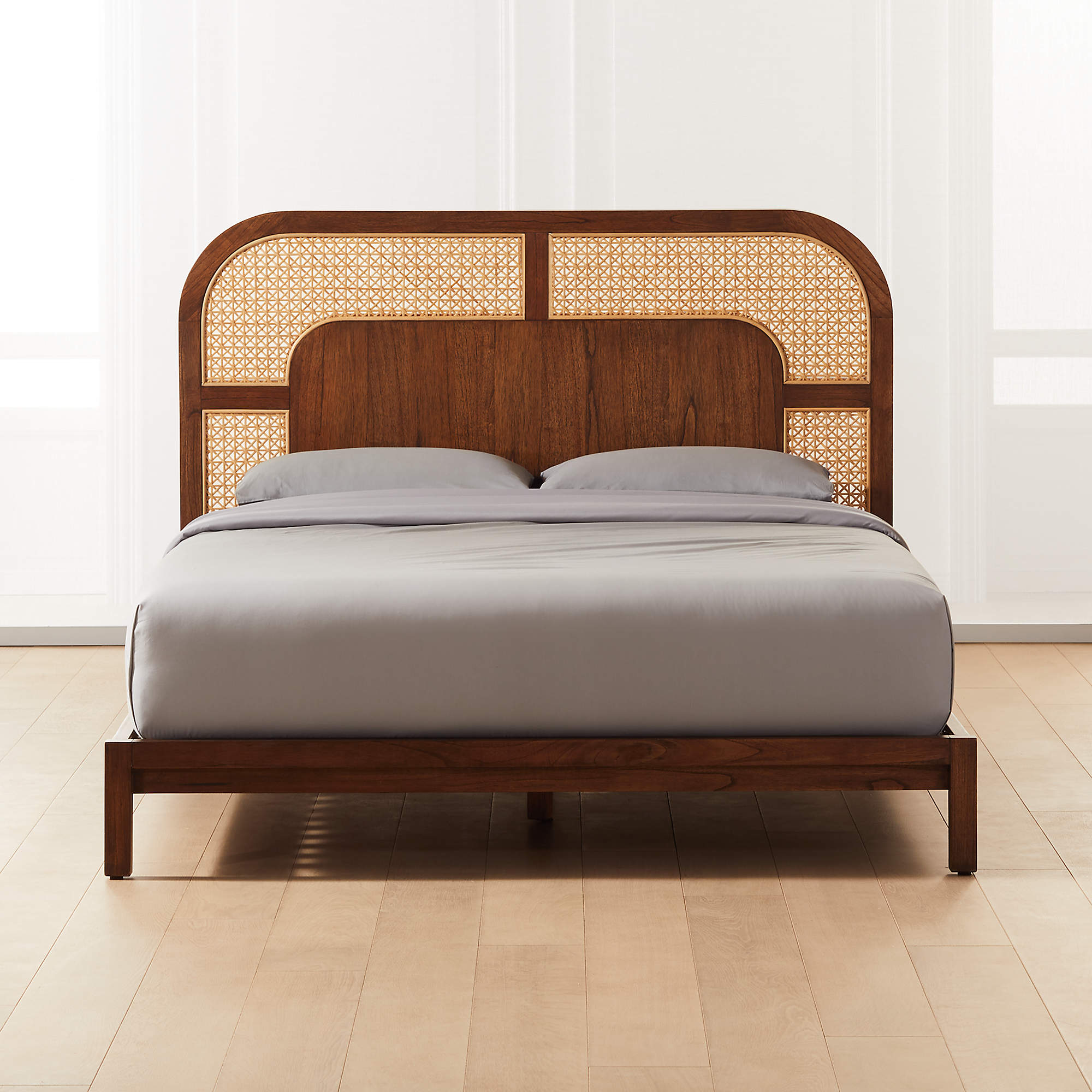 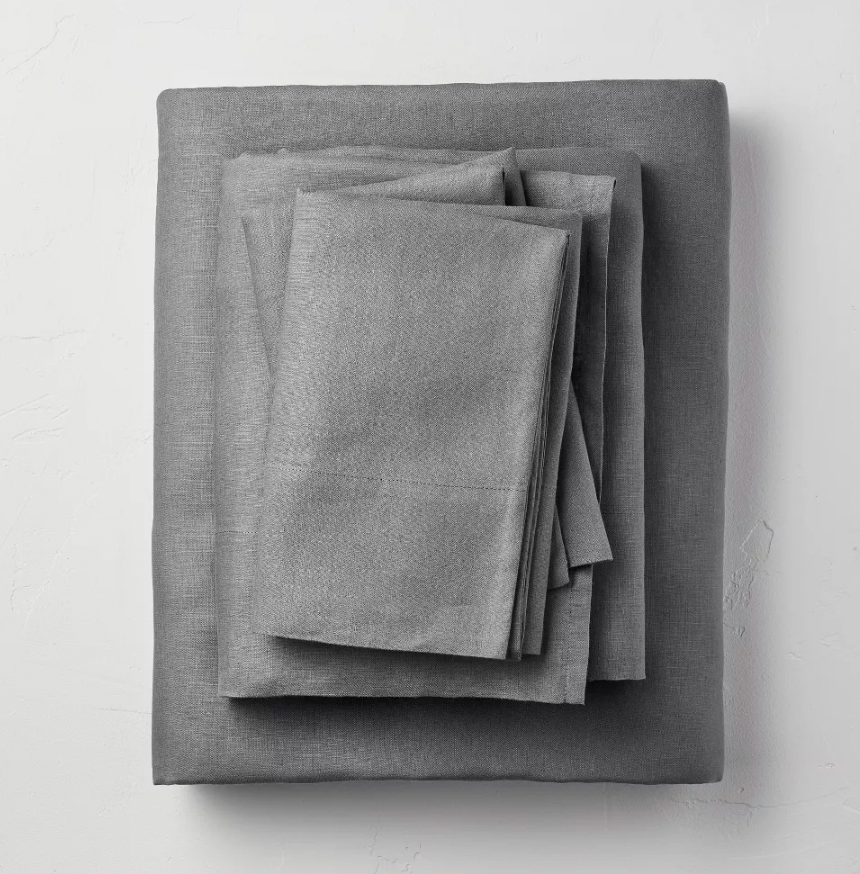 Object in my home that gets the most use: My Bialetti coffee maker. I need that caffeine fix in the mornings.

Biggest save: Meross smart switches. I have them everywhere.

I loved working with: Trevor Milligan from Scanlon Construction.

The electrician who can do no wrong: Tom Cavanaugh.

Hardest-working plumber in the business: Tony from Platform 1 Design & Build.