In a Berlin Apartment 4,000 Miles From Georgia, This American Expat Finally Sees Himself

His mauve bedroom is a nod to his mother. 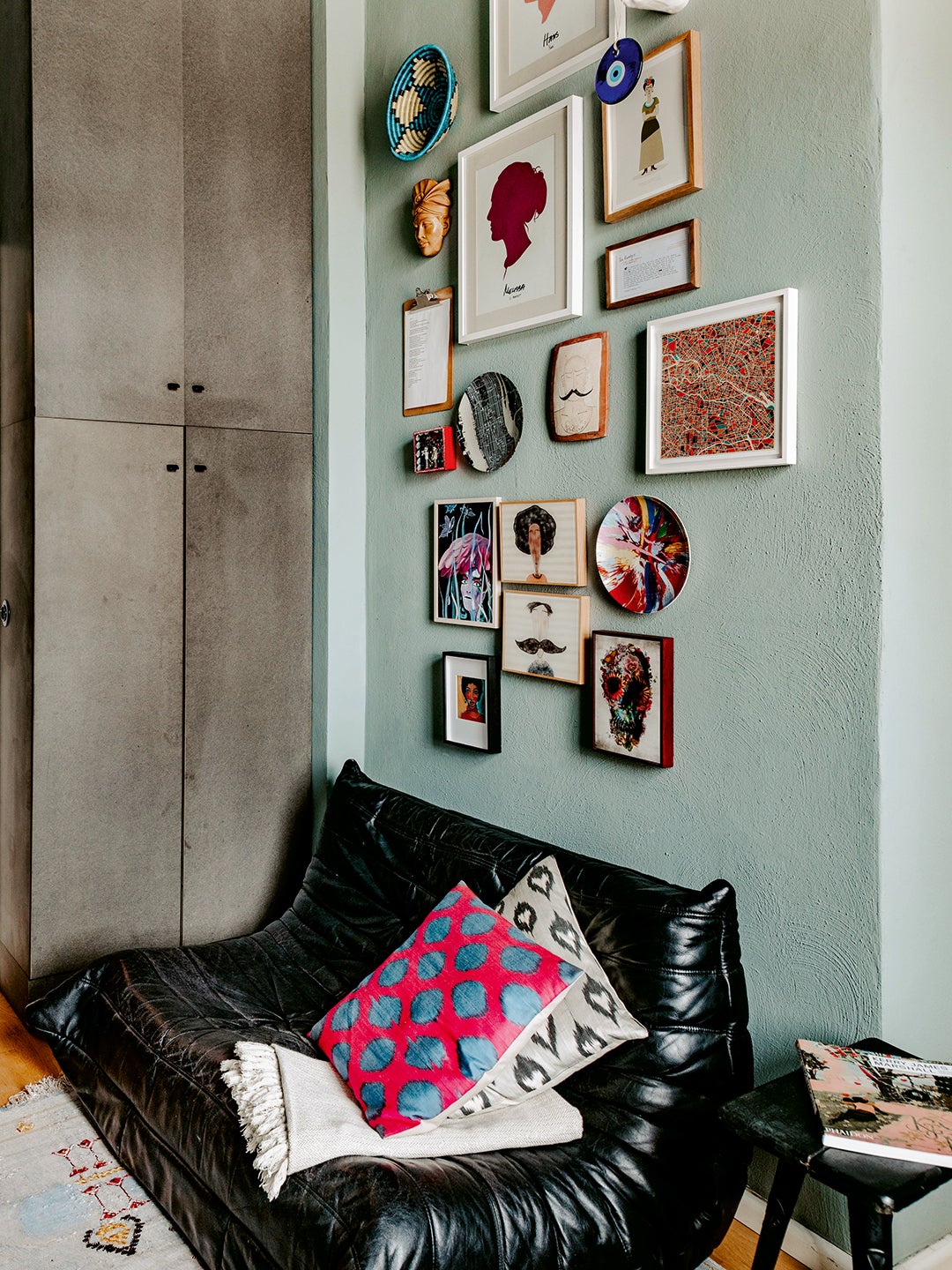 In terms of visibility, Chris Glass is hard to miss. A trained and experienced performer, soft-spoken yet well traveled, charming but believable, he doesn’t struggle to command attention. In fact, he’s the perfect choice for his role as Soho House’s head of membership for Europe and Africa. Looking out the window of his two-bedroom flat in Berlin, it’s hard to believe that this longtime expat was once a young boy in Georgia who struggled with feelings of invisibility. “I always knew that I would need to go far away, because Atlanta didn’t feel big enough for me,” reflects Glass. Now more than 4,000 miles away from his native state, the former actor and singer admits that living on another continent wasn’t his first idea.

Nevertheless, he exclaims, “I was fascinated by Europe. I was constantly traveling from city to city and country to country. After a year, I just couldn’t imagine leaving.” But it was more than just the easy travel that attracted Glass to his new home. Like scores of African Americans before him, he found the experience of being in Europe to be very different from America. While exploring, he discovered something that he’d been seeking for a very long time. “I felt seen,” he says, smiling. “For the first time, as a man of color. Suddenly I wasn’t defined by the color of my skin, being onstage, or my parents’ expectations. Finally, I felt like I was carving my own path.”

Moving to Berlin led to Glass working for Soho House and starting the next part of his journey. Unbeknownst to him, it would also signal the beginning of his life in design. “It was one of the first times I was able to make choices for myself that other people had to accept,” he recalls. His Berlin home has become his canvas for self-expression. “In my childhood home there were colors and patterns that, at the time, I found extremely sophisticated and unusual,” says Glass. As a result, his own home uses color in subtle yet impactful ways. Bright colors don’t leap from the walls, yet the shades he chooses never fail to make an impression, providing context for everything that the room is intended to be.

In his bedroom, a unique shade of mauve is a direct reference to his mother’s tastes and the impression they made on him. “I remember her talking about the color,” he reminisces. “Of course, as a 10-year-old, I had no idea what she was talking about. But it sounded like the coolest thing.” Other more tangible mementos have made the long trip from Atlanta to Germany: “There’s artwork of two little boys that hung in my bedroom when I was young. I went home and found it a few years ago and brought it back. It reminds me of my relationship with my brother and that bedroom, and now I have it in my home.”

The living room is a scene that expands from eclectic to comprehensive, verging on all inclusive. In a visual frame created by a rug cleverly deployed to mimic the texture and color of the room’s concrete walls with near perfection, Glass has combined so many elements that nearly every one has a complementary opposite somewhere else in the room: For every plant, there’s a metallic. For every mid-century piece, a modern sculpture. For every graphic encouraging readers to “Be Amazing,” another follows admonishing them to “Save Your Ass.” And for every crucifix or Buddha, there’s a skull or a candle shaped like a phallus. “I have a lot of phalluses in my home,” he says. “I don’t know why. I also have a lot of religious iconography and a couple of other things.”

Of all the tools a designer has to tell a story or convey an idea, art is by far the most direct. The statements that cover the walls in Glass’s home range from the very direct to the most oblique. His collection includes photo portraits of himself alongside framed posters of gallery exhibitions and works by Ernie Barnes, the African American pro football player–turned–artist whose paintings appeared in the TV series Good Times. Nestled in among the art and the icons are other treasures, reminders of places like Turkey and Barcelona, where Glass lived for as much as a year. They sit with mementos of a hundred different excursions to all the parts of the globe that he’s seen since arriving in Germany.

In design, Glass found the last piece of a puzzle that he had been assembling for a very long time: “Design has been an integral part of me seeing myself, because it was the first expression of myself that I felt like I owned. No one taught me to do it. I wasn’t doing it for someone else. It’s something that I cultivated and developed on my own. It was the first time in my life that I felt like I could stand in the fullness of a thing, and allow myself to claim it. And that gave me the self-confidence to claim who I am.”

Reprinted with permission from Aphrochic: Celebrating the Legacy of the Black Family Home. © 2022 by Jeanine Hays and Bryan Mason. Photographs © Jochen Arndt. Published by Clarkson Potter, an imprint of Penguin Random House.

AphroChic: Celebrating the Legacy of the Black Family Home, Amazon ($35)