Including an unconventional bathroom material. 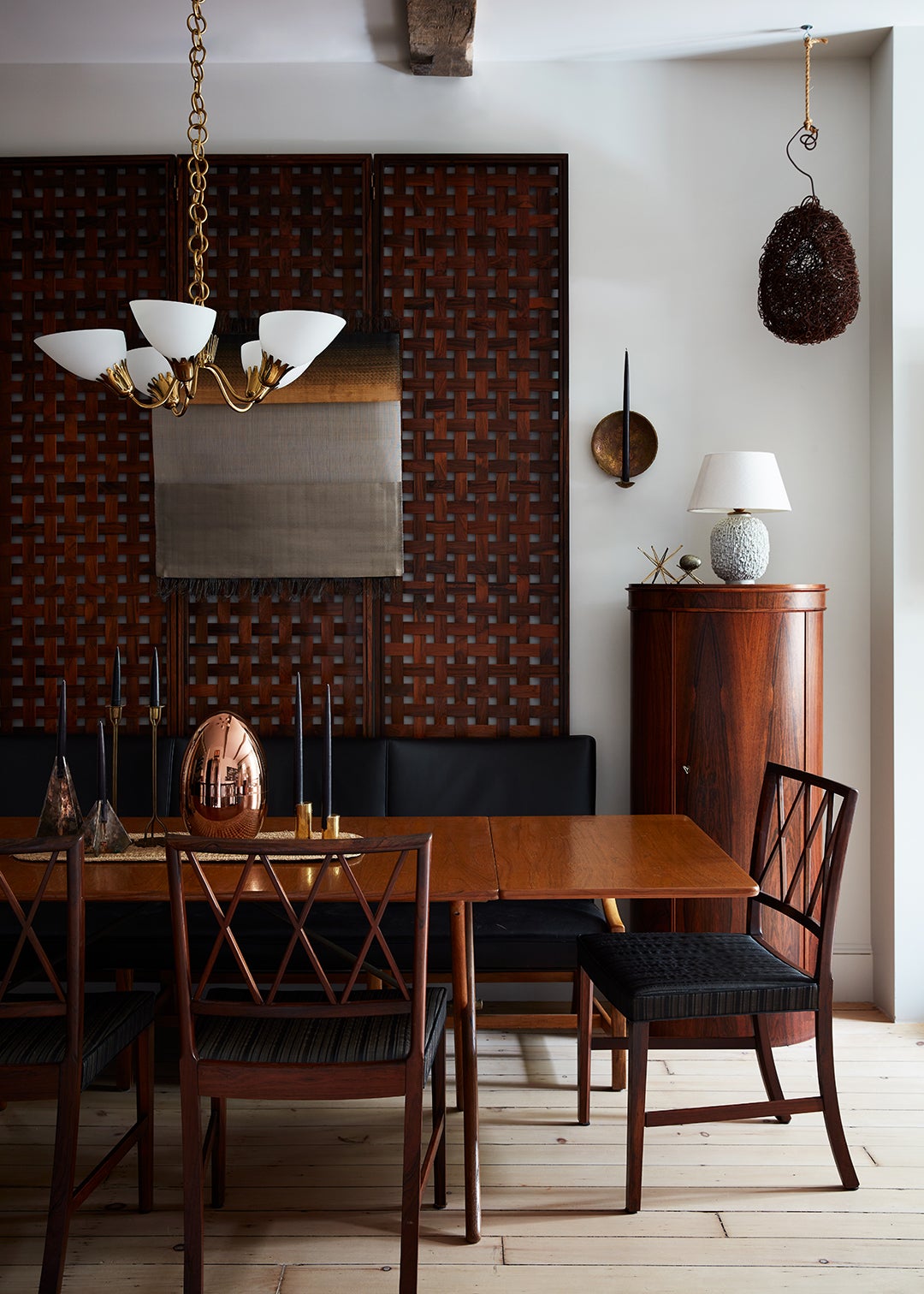 For years, New York–based designer Shawn Henderson, who has worked with the likes of Will Ferrell, Sam Rockwell, and Octavia Spencer, was a little self-conscious about not having a signature style. “My work is just so varied at times,” he says. But with every project, that feeling dwindled. “I realized it’s super-important that my interiors reflect the place in which I’m designing them,” he continues. “It’s about the context of the space, not imposing a certain look.” So it was only fitting that he titled his first monograph (available for preorder) Interiors in Context.

While the pages take us as far as a ranch in the Rocky Mountains to a waterfront retreat in the Hamptons, the designer’s own sanctuaries are easily the most personal. Henderson has not lived through just one, but four renovations: His former West Village residence got a major glow-up in the form of rugged exposed brick and reclaimed beams, while his country home in Hillsdale, New York, has undergone three transformations since he’s owned it. The most recent reno, in 2017, was sparked by a devastating chimney fire that destroyed the kitchen, along with the family room and screened-in porch. “I was so heartbroken that I didn’t want to renovate again; it was super-painful to have to go through that process,” recalls Henderson.

Eventually finding the silver lining in the rubble, he decided to expand the place by 1,000 square feet in the hope of adding more value, so at least if he ever decides to sell, he’ll benefit. “After living in it for all these years, I realize what works and what doesn’t,” he says. “When everything got done, I was in love with the house again.” We asked the seasoned renovator to share a few bright reno ideas from his own treasured spaces.

Henderson stripped back layers of dated wallpaper and molding in his former Manhattan space, aiming to transport the interiors back to its humble days as a single-family brownstone (even though it’s still a walk-up apartment unit). “None of it felt appropriate or accurate,” he says. In the process he uncovered brick walls in the bedroom, so he continued the basic material in the kitchen with a full-on brick backsplash. “I felt strongly that I didn’t want a slab of marble or tile,” he adds. Henderson was so inspired by his city kitchen that he introduced brick to his country one, but this time in a fresh way: on the floor.

The only thing he won’t try again? Painting floorboards black. ”It’s an exercise in torture, because every fleck of dust and dirt and footprint shows,” he says. “And it’s a tough thing to undo.”

Keep It Cool With Cork

Henderson’s favorite material of the moment? Cork. It all started as a happy accident. While in the process of renovating his NYC bathroom, the designer decided to throw a sheet of cork on top of a piece of plywood underneath the sink apron until the vanity cabinet he intended to build was done. It was only supposed to be a short-term solution, but it looked so good, he kept it as is and then swathed the walls in cork wallpaper. “I think a lot of people don’t know that there’s cork upholstery; it’s beautiful and comes in all these colors,” he says.

Bring the Epsom Salts to the Bedroom

So you’re a bubble bath type of person, but you don’t have any room in your bathroom to squeeze in a tub? Do like Henderson and put the freestanding fixture in your bedroom, next to the window with the best view. After all, “it’s private,” he points out.

We all know that the kitchen is the room potential buyers respond to the most and see as investment-worthy, but that doesn’t mean you have to do anything fancy for the sake of resale value. “Just keep it really simple,” notes Henderson. That said, you’ll never see him designing a space with Walmart-gray kitchen cabinets. “I’d scream,” he says, laughing. Instead picture lime plaster walls, a generous banquette with bistro-style tables, and Charlotte Perriand counter stools gathered around an extendable island. “Things don’t need to be overly designed,” he adds. Take it from someone who’s been there.