The Secret to Getting Over Gigi Hadid? Buy a $10 Million Penthouse 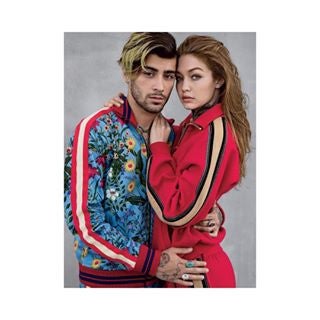 Whether you choose to go on a regrettable shopping spree or stuff your face with Ben & Jerry’s Bridget Jones-style, we all deal with heartbreak differently. And apparently, if your name is Zayn Malik, the only way to get over your ex is by getting under… a new roof? According to StreetEasy, the 20-something Brit just went all out on a massive Soho penthouse for a cool $10.7 million—but can you really put a price tag on a broken heart?

After two years together, the former boy bander and his supermodel girlfriend, Gigi Hadid, decided to call it quits.

“Gigi and I had an incredibly meaningful, loving, and fun relationship, and I have a huge amount of respect and adoration for Gigi as a woman and a friend. We wish this news could have come from us first,” the singer wrote on Twitter.

Of all the directions we saw this relationship heading, we didn’t see this one coming. Okay, puns aside, no split is ever easy. And considering Malik will no longer be crashing at Hadid’s posh Noho apartment, can you really blame him for splurging on a luxe pad of his own? At first glance, the Pillowtalk singer’s sweet new NYC spread appears to be the perfect spot to seek solace.

Clean, architectural lines and rough, original textures collide around every corner. Contemporary details like the floating staircase and whitewashed kitchen give the space its modern-meets-minimalist edge, while warm wood moments and an abundance of natural sunlight promise the apartment won’t lose its natural warmth.

If this dreamy marble kitchen is what life after Gigi looks like, we certainly wouldn’t be complaining. Decked out with state of the art appliances, a sleek center island, and a separate wine fridge, the exclusively white cooking space is an entertainer’s dream.

Malik’s extravagant purchase isn’t the only drastic change he’s made since his split from Hadid: The singer also recently added to his already impressive ink collection. Nothing says “I’m doing just fine without you” quite like a giant rose tattooed on the back of your head.

An additional 1,000-square-foot terrace upstairs offers a second private spot in which to mourn, reflect, and/or party. From dusk till dawn, we can already picture the popstar spending every waking hour out on this scenic patio come summer. With a dreamy NYC view like that, how could it not have been love at first sight?