8 Winter Stews to Keep You Warm This Season

As temperatures drop, nothing beats a rich, hot bowl of stew to keep the cold at bay. 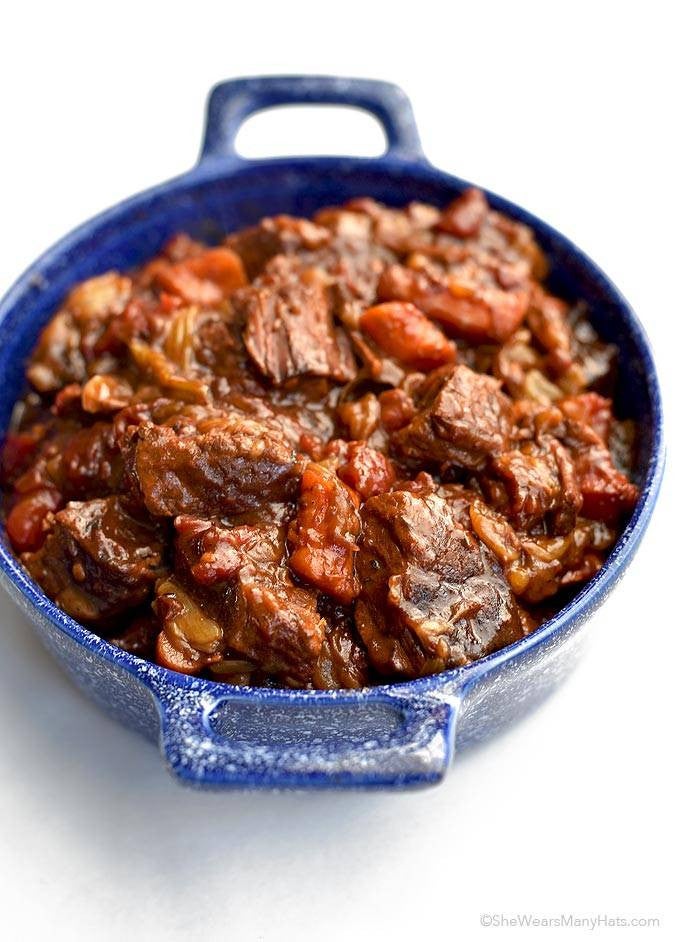 Photography by SHE WEARS MANY HATS

Guinness Beef Stew Ireland’s favorite beer makes for a great base in this hearty stew that features cheaper cuts of beef simmered for hours until tender. Serve it with mashed potatoes or, for something a little different, atop a cornbread waffle.

Vegan Portobello Stew For those who want the heartiness of a beef stew, sans the beef, this recipe swaps out the bovine for portobello mushrooms, then adds some marmite to boost its savory flavor.

Coq au Vin, the Classic French Chicken Stew Julia Child made this old French dish famous stateside when she prepared it on her PBS TV show. Slowly simmering a chicken in a red wine sauce until the bird is tender will create a dish that transports you to the Burgundy countryside.

Chinese Oxtail Stew Cooking low and slow for hours will break down the connective tissue in the tails to tenderize the meat while it thickens the sauce. It also allows for the ginger, soy and garlic to meld with the richness of the meat.

Bigos Stew The national dish of Poland is a combination of pork and more pork and sauerkraut. Cubed pork belly and sausages are the base of this dish that is seasoned with warming spices like juniper and caraway seed.

Easy Cassoulet From coq au vin to beef Bourguignon to this cassoulet, the French are the kings and queens of amazing stews. This herbaceous dish, originating from the south of France, features white beans and (usually) pork.

Rustic Lamb and Potato One-Pot The beauty of a stew is that you can take meats that may sometimes be a little more expensive, like lamb, and transform one of the cheaper cuts, like shoulder, into a tender and affordable dish.

Korean Army Stew Budae Jjigae is a widely popular hot pot in Korea that actually came about as a Frankenstein’s monster of a dish in the wake of the Korean War. Food scarcity in the 1950s led Koreans to turn processed American food from U.S. Army bases (like Spam) into a stew with a spicy broth flavored with chili flake and Korean chili paste.