What’s the Deal With Nonstick Cookware? 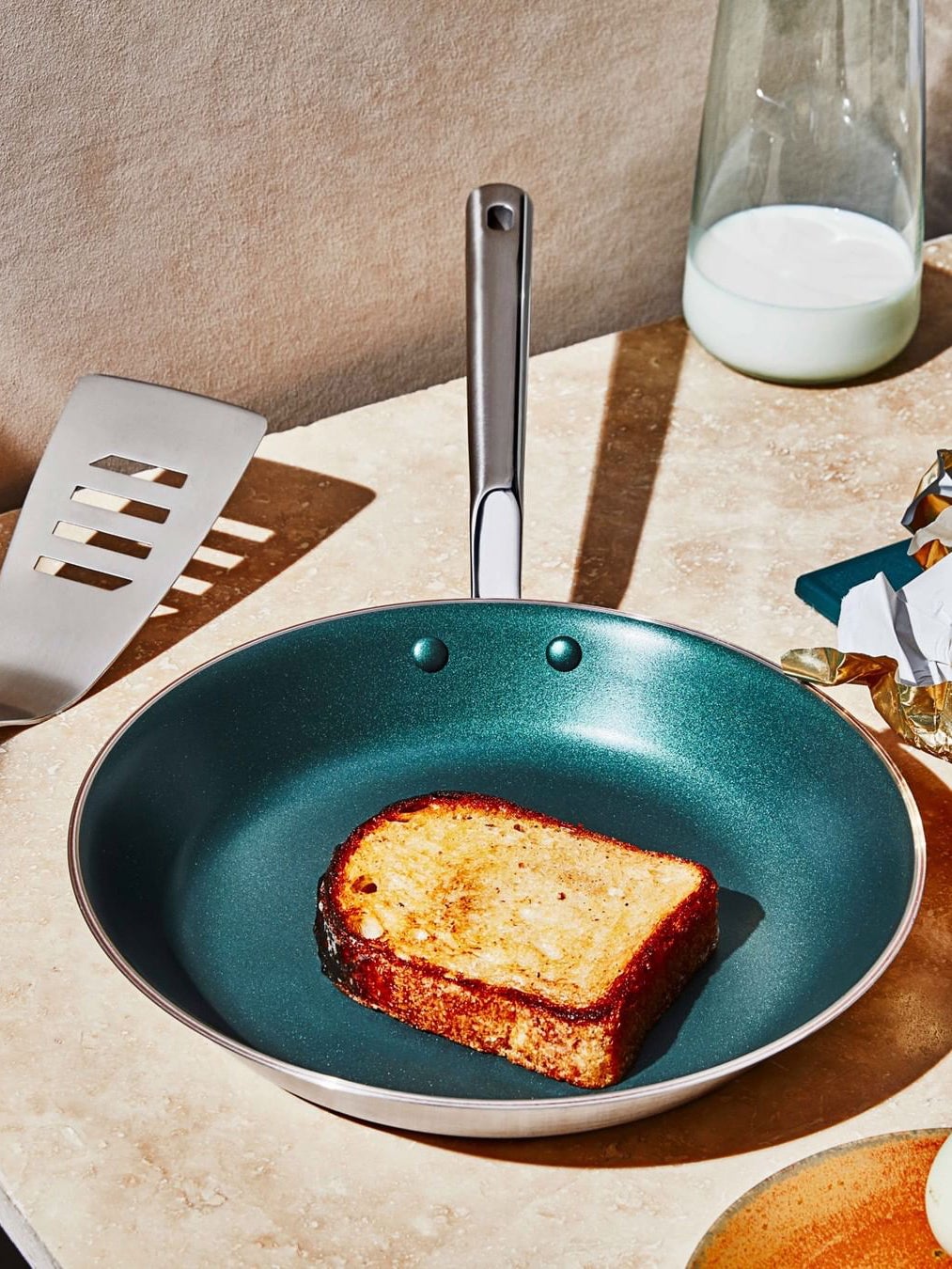 There are few things quite as satisfying in the kitchen as flipping a pancake in the air, sliding a sunny-side-up egg right off the pan, or making a pot full of popcorn without accidentally burning its edges. And if you’re a person in possession of nonstick cookware, all of these tiny cooking victories are easy to achieve.

Nonsticks don’t have a spotless reputation, but we can explain. Whether you’re a stainless steel devotee or you’ve just been eyeing that pan in the back of your cabinet with slight hesitation, it’s okay to have some questions. Let’s settle the nonstick controversy once and for all—your morning eggs might depend on it.

What’s the deal with traditional nonstick?

Traditional nonstick cookware is made with two man-made materials: PFOA and PTFE (or Teflon). When PFOA was discovered to be an environmental pollutant and a potential carcinogen, nonstick started getting a bad rap, according to Material founder Eunice Byun. PFOA was banned in the United States in 2014, and last May, a global ban was enacted by 180 countries—so if you’re buying a nonstick pan today, you won’t find this material in its coating.

The case with Teflon is a little different. According to groups like the American Cancer Society, this material is not a known carcinogen. But it’s worth noting that when Teflon reaches 500 degrees, which can take less than three minutes for a pan on high heat, according to Caraway founder Jordan Nathan, it can begin to break down and release fumes in the air. That vapor can have mild levels of toxicity (the effects of which aren’t totally clear in humans but are lethal for pet birds). If you have a Teflon pan and don’t want to toss it, don’t stress too much: PTFE has been deemed safe (for humans, at least) by several groups, including the Environmental Working Group—just be sure you don’t overheat it.

So what are the alternatives?

Nowadays, it’s fairly easy to find a nonstick pan or pot that’s made without PFOA and Teflon. Our Place and Caraway use a ceramic coating, which doesn’t release any potentially harmful fumes. (Founders of both companies also note it releases way less carbon dioxide in production than Teflon.) Great Jones and O.G. brand GreenPan also swear by ceramic for their nonstick cookware.

But that’s not your only option. Material uses a coating made with heat-friendly copper, which it claims can last 37 times longer than ceramic. Byun points out that some ceramic coatings technically use sol-gel technology that can wear down quickly (making your nonstick not so nonstick after about a year).

Can nonstick cookware be healthy?

In a way, yes. Beyond just making pans easier to clean (with no threat of rice or eggs or anything else crusting to the surface), nonstick can help you cook healthier, says Shahid: “Nothing sticks, so you don’t need to grease the pan with lots of oil or butter.” But hey—we won’t stop you from fulfilling a buttered noodle craving. It’s all about balance.

See more stories like this: Yes, You Can Recycle That When Natural Light Is Hard to Come By, These Fixes Can Help The First Step to Going Low Waste Is Surprisingly Simple