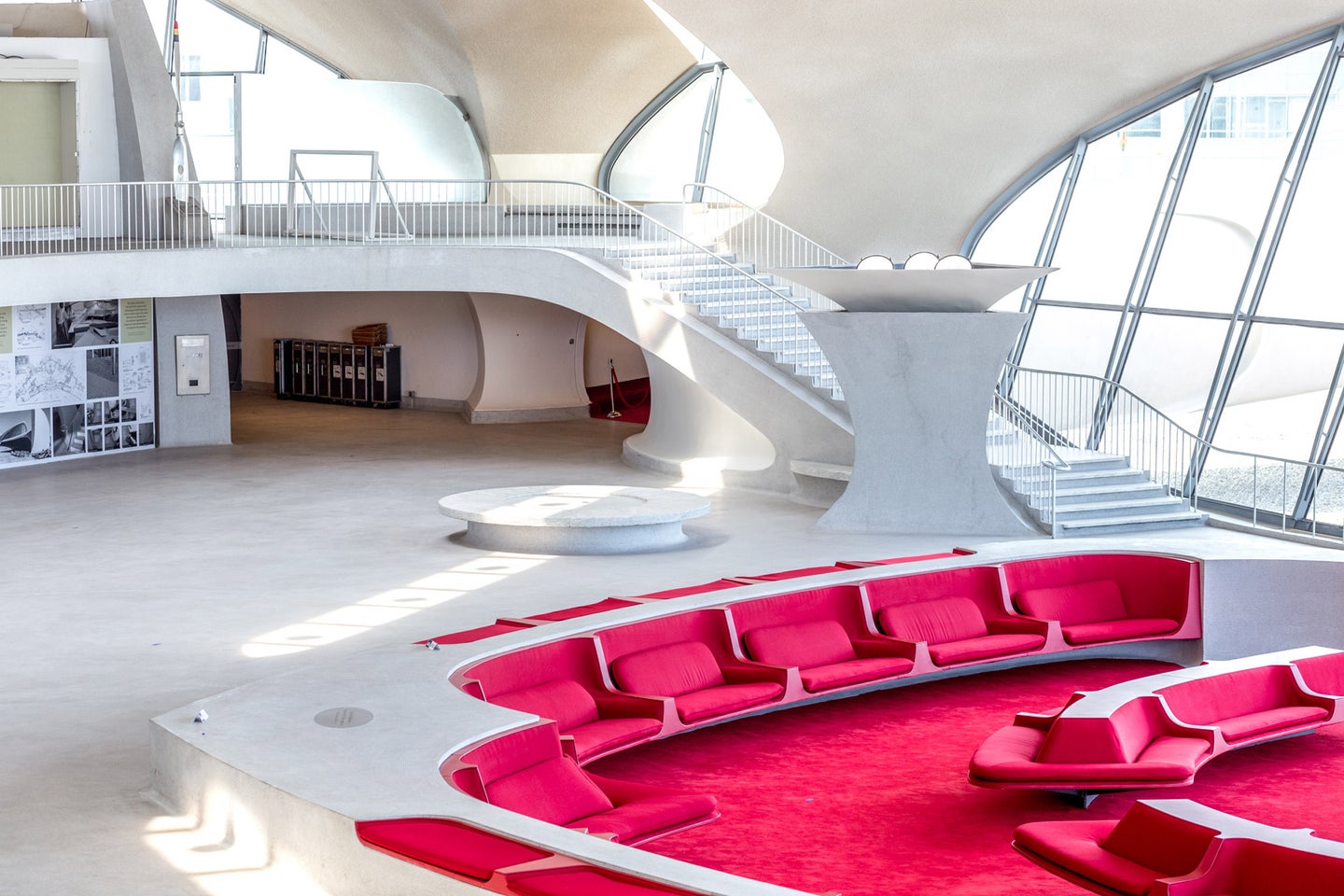 For travelers flying in and out of New York City, John F. Kennedy airport is, at best, a liminal space where time is passed before and after flights. Now, thanks to the soon-to-be-opened TWA Hotel—located in the airport’s previously abandoned Eero Saarinen–designed terminal—it’s about to become a destination in its own right.

Opened in 1961—right after the inimitable architect’s death—and closed in 2001 after it could no longer accommodate for larger, modern plane sizes, JFK’s TWA Flight Center is characterized by its sloping structure, massive, curved windows, and futuristic interiors devised by French industrial designer Raymond Loewy. Reimagined as the TWA hotel, the terminal will now include 512 rooms, a restaurant by Michelin-starred chef Jean-Georges Vongerichten, and 500,000 square feet of event space. Oh, and a 1958 Lockheed Constellation airplane (née Connie), will serve as a cocktail lounge.

Guests will have sweeping window views of planes taking off and landing in JFK’s operational terminals, but they need not worry about the sound. The hotel’s walls are 4½-inches thick, canceling out the noise of loud plane engines. The guest rooms’ design will also provide some solace against the stress of traveling. Furnishings by Knoll give the space an authentic mid-century appeal, while walnut and navy leather accents lend an elevated, luxury feeling.

Reservations are open for dates beginning on May 15. Now, there’s a compelling reason to extend your time at the airport.