Bonus: It also saved me stress and money. 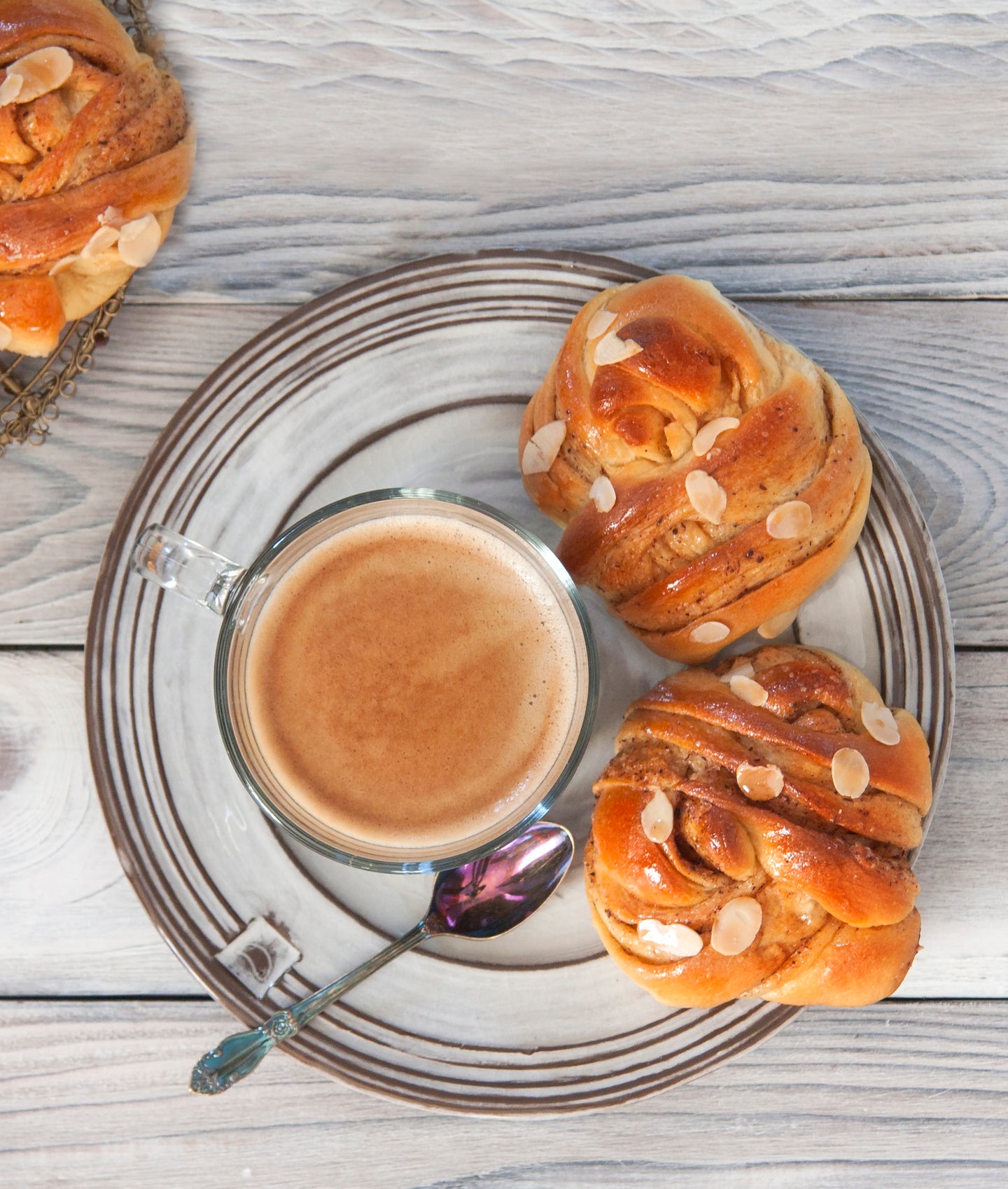 I’ve started every morning with a cup of coffee since I was 12. By the time I was 14, I began drinking my coffee black. Somewhere around college age, my dependence on coffee really kicked in, and even more recently, I’d taken up a habit of drinking one cup as I got ready in the morning, another cup as soon as I got into the office, and another cup (or two) in the afternoon to fight the tiredness I couldn’t seem to stave off.

I’d grown increasingly reliant on coffee to keep me awake, carrying to-go cups on my commute, on afternoons about town, and even to brunch (where I was bound to end up ordering a fresh cup of Joe anyway). It’s a very American habit, I first realized on a trip to Paris a few years ago, to walk around with a drink in your hands. But it wasn’t until I recently went to Sweden that I found the inspiration to nix this habit for good.

On the cobbled streets of Stockholm, you’d be hard-pressed to find anyone carrying around a to-go coffee. As I wandered the city, thinking myself a modern-day flaneur, I noted a distinct difference in the attitude of these city dwellers compared to New Yorkers at home. The walking pace in Stockholm was slower (yet not totally leisurely), and I didn’t see as many people around me with their eyes glued to their phones. No one—who I saw, anyway—was carrying a cup of coffee of any size. They had no need to, after all: Coffee breaks in Sweden follow a particular order. Thanks to fika, there’s no need to bring your Joe on the road—allow me to explain.

Fika is a Swedish coffee break that typically involves baked goods and a bit of conversation—simply getting a scone along with your Starbucks order doesn’t count. “Fika, in Sweden, is a deeply rooted tradition and it knits together society in many ways, both in the workplace and among friends,” explains Lena Ilkjaer, editor of Sweden’s White Guide—a resource of the best restaurants in Nordic countries—and cofounder of Matkaravan Malmö food tours. “It’s not just about charging up on sugar and caffeine—it’s an opportunity to sit down together, look each other in the eye, and have a good conversation about whatever is going on in life.”

While you might occasionally grab a coffee and a croissant with a friend, fika is a regular practice that’s instilled in Swedish culture, not just by habit but through institutions. “In most Swedish workplaces, there are two fika breaks built into the workday, typically at 10 am and 3 pm,” Ilkjaer explains. “In a workplace, it is among the unwritten rules that everybody sits down together at the fika break—boss and intern alike.” These breaks, she adds, tend to last 15 minutes and are often regulated by unions in larger companies—though, on weekends, friends might enjoy a långfika: a fika break that goes on and on and on thanks to good company and good conversation.

The concept of not one, but two sit-down coffee breaks a day likely sounds foreign to many. In the United States, 62 percent of professionals reported eating lunch at their desks, The New York Times Magazine reported in 2016, so surely, they’re not finding the time for leisurely coffee breaks, either. It wouldn’t be a stretch to surmise that this kind of activity couldn’t survive in a place like New York City—though some would disagree.

“Our mission, when we opened up in 2006, was to bring this tradition to reset and reconnect to the very busy New Yorker who is more used to a ‘grab and go’ culture,” says Lena Khoury, cofounder of FIKA NYC, a Swedish coffee shop with six Manhattan locations. “We hope we have been able to create an environment that invites our guests to slow down and enjoy the moment. We want them to leave feeling that they enjoyed a moment over quality coffee and treats and that this moment allowed them to either reconnect with someone important or with themselves, which is equally important.”

While I may occasionally take meetings over coffee some mornings or grab a to-go cup with a friend, I realized that, in my many years of coffee-drinking, I hardly ever considered it to be a social activity. Rather, it was something I did in an attempt to sustain myself over the course of a long afternoon, day, or week. What I didn’t quite get was that this habit was leaving me even more worn out.

Too much caffeine isn’t good for you—this is something that many people generally know but, like me, choose to ignore. When I saw a different approach to actually enjoying a cup of coffee, I stepped back and reconsidered whether my daily roast was actually giving me the energy and fulfillment that I thought it was. I decided, eventually, that it wasn’t.

It’s not feasible for me to sit down with a cup of coffee and a pastry for 15 minutes twice a day, but I can find pockets of time where I can. In the mornings now, I take at least 10 minutes to enjoy my coffee—the only one I’ll drink all day—without simultaneously doing my hair or makeup or getting a bit of early work in. I might scroll through my phone or read a book, but largely, I’ll simply sit, sip, and enjoy a moment in which I’m not stressing out about my productivity levels.

“Having been raised in Sweden, having a fika is something that makes me feel very much at home,” says Khoury. “I believe that quality of life is often found in the small, sometimes stolen, moments and that we should make them (and what we consume) worth our while.”

When I finish my coffee—which lately, I enjoy with a tiny drizzle of maple syrup and a splash of oat milk—it’s time to officially start my day. I don’t need to carry anything else with me.

See more wellness ideas: I Found the Best Sleep of My Life in a Small Swedish Hotel Can the Right Pillow Help You Sleep Better? How I Turned My New Bedroom Into a Healthy Hideaway