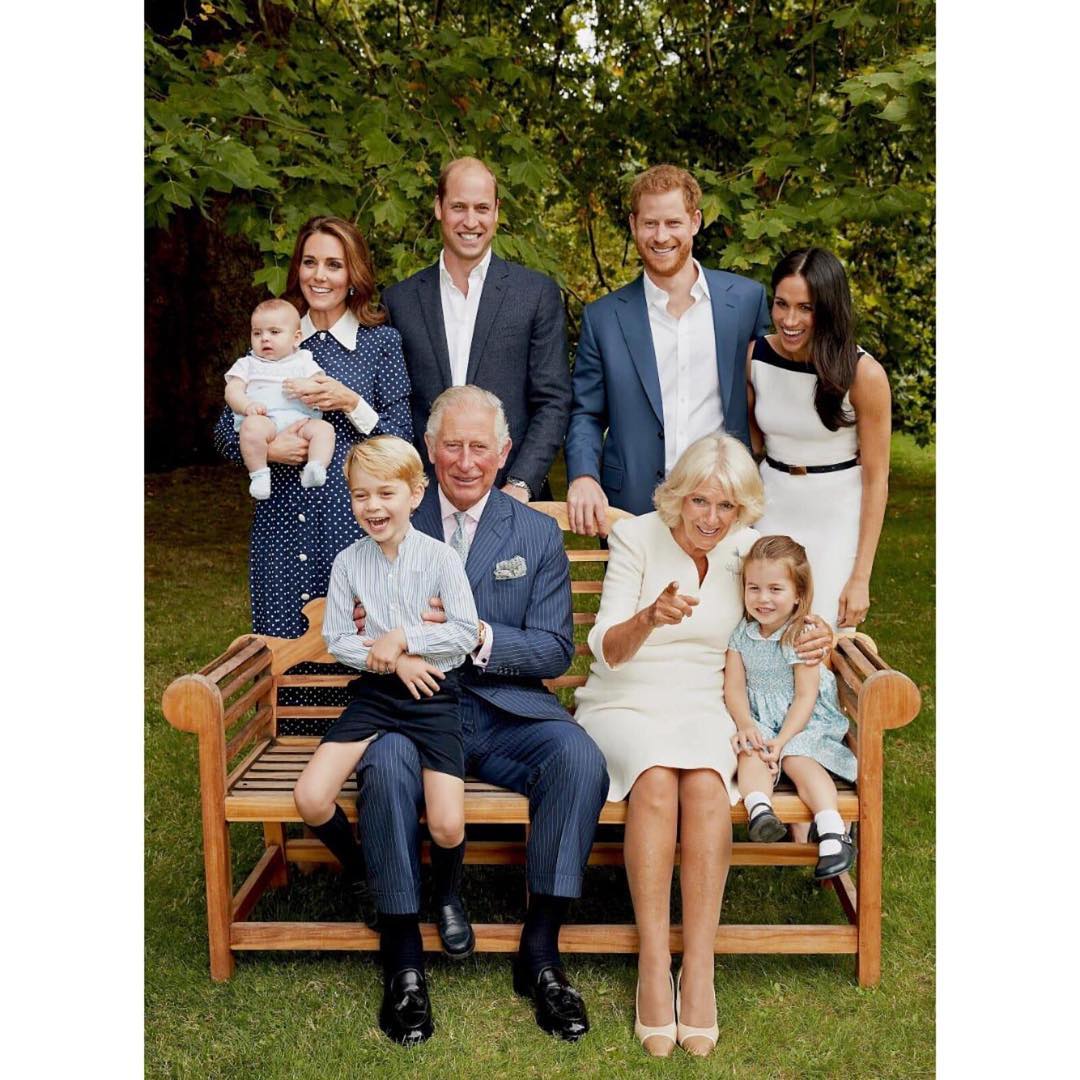 
? Wishing a very Happy 70th Birthday to The Prince of Wales! #HappyBirthdayHRH Two new photographs of The Prince of Wales and his family, taken by @ChrisJacksonGetty in the garden of Clarence House, have been released to celebrate HRH’s 70th birthday — visit @ClarenceHouse for more ?

It’s common knowledge that just about everyone dreads posing for their annual family holiday card. In the time that it takes you to gather everyone together, it takes just as long to capture everyone’s unadulterated happiness—a tough feat if you have rowdy little ones running about. This year, we’re taking our holiday card cue from the royal family.

In a post on Instagram, Kensington Palace revealed the Duke and Duchess of Cambridge’s adorable family Christmas photo showing the family of five posed against a fallen branch. Between their amicable demeanor and sweater-denim attire, Kate and William’s pic is refreshingly casual for a royal shot. This is also the first time we’ve seen the entire family together since July at Prince Louis’s christening.

What’s more is that Kensington Palace also happened to share the Duke and Duchess of Sussex’s Christmas card—and we were shocked to find no baby bump in sight. Instead of opting for a fresh and festive photo shoot, the parents-to-be went with a never-before-seen photograph from their wedding reception at Frogmore House, the same abode where they’ll be settling down early next year once baby Sussex arrives. While the two family’s end-of-year cards take a surprisingly different tone, in their own way, each shot celebrates 2018’s biggest royal moments: the little addition of Prince Louis and a knockout wedding.


The Duke and Duchess of Sussex are delighted to share a new photograph from their Wedding Reception at Frogmore House on 19th May. The photograph, which was taken by photographer Chris Allerton, features on Their Royal Highnesses’ Christmas card this year.

If we’re being honest, these are two of the best Christmas cards we have yet to receive this year. Here are three royal-approved tips to channel at your own holiday photo shoot.

Pick a Place or Moment with Meaning

For Kate and William, that special spot happened to be their family country house in Norfolk. With now three kids in their crew, it’s safe to guess the family has been spending a lot of time outdoors exploring the woods. Harry and Meghan, on the other hand, chose to look back on the one major moment that defined their year—a solid reminder that your holiday card doesn’t have to feel seasonal or new as long as it’s true to you.

Amp up the Emotion in Black and White

Okay, so the booming fireworks in the background and affectionate side hug might have something to do with the drama, but the fact that Meghan and Harry’s shot is in black and white only further pulls at our heartstrings.

You Don’t Have to Wear Matching Outfits

Can we say goodbye to the ugly Christmas sweater trend, once and for all? Kate and William’s relaxed wardrobe of casual knits, flannel, and Hunter boots (hey, they are British), feels timely without venturing into theme-y.

Meghan and Harry’s Christmas Tree Is a Sight to Behold

The Inside Scoop on Meghan Markle’s Engagement Ring

Live Like a Royal and Buy Kate Middleton’s Old Apartment