We talked to four people who did it. 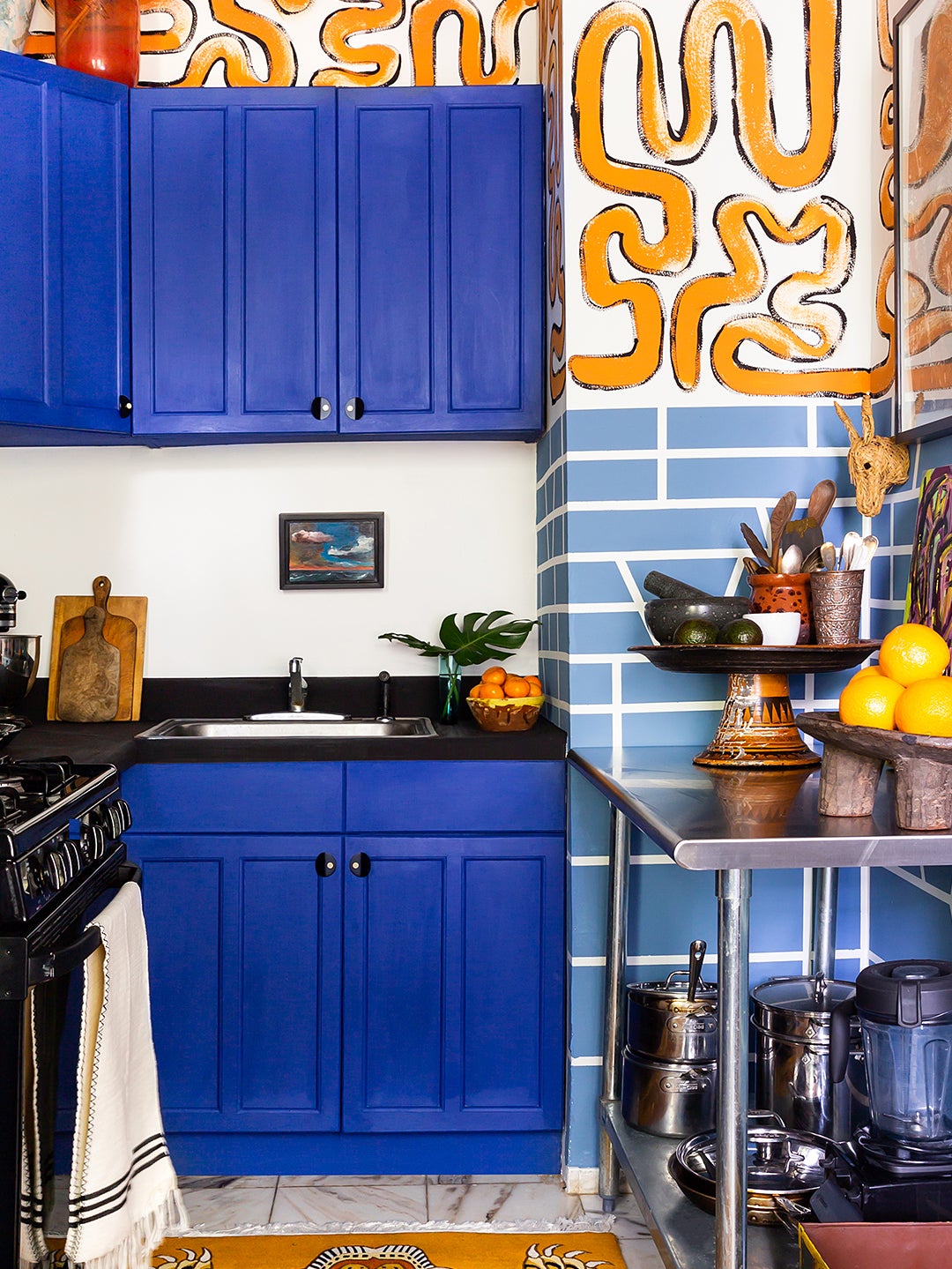 It’s an impulse that can flare up immediately or gradually develop once you’ve had some time to nurse your wounds: After heartbreak, you feel the need for a change. The breakup haircut has long been the iconic transformation to help you work your way through the sadness, stress, and aggravation of a relationship’s end, but lately, more and more people are fueling their desire for something new elsewhere: into their homes.

A TikTok of two sisters redecorating their mom’s bedroom a year after her divorce racked up 1.6 million likes on the app, and artist Alyssa D. Silos’s before-and-after photos of her bedroom redesign after the end of a five-year relationship was favorited 1 million times on Twitter. Interior designer Orlando Soria, host of HGTV’s Unspouse My House, can thoroughly attest to the effectiveness of the trend—it’s something he himself did three years ago.

“I had created this dream space with my ex when we lived together,” he remembers. After they broke up, he moved into a new apartment and poured his energy into designing it. “I realized that it was the only thing that made me feel better and excited about the future.” Around then, HGTV came calling and Soria realized he had the perfect idea for a show: He’d help others (with a little less design prowess than he has under his belt) go through that same process of refreshing their homes post-breakup.

As Soria quickly learned, no one approaches this kind of makeover with the same attitude. Some people want to start completely fresh, others prefer to stick to small changes, and still others have no idea how much their living space is affecting their mental state. Amanda Montell, a writer and author of Wordslut: A Feminist Guide to Taking Back the English Language, falls into the last category: “I didn’t even notice how much I hated [my ex-boyfriend’s] furniture until it was all gone,” she says. Though his choices were frequently a point of contention when they lived together, Montell often found herself accommodating his bachelor pad that looked like “a wood cabin that Abraham Lincoln lived in.” So when they parted, she spent a whirlwind week scouring Facebook Marketplace and driving to West Elm and Home Depot to fill the once-dark apartment with serene light blues, stacks of novels, and a thriving leafy fiddle-leaf fig.

For many, creating a place of their own has proved to be not just a good balm for heartache, but a decision that has changed who they are as people. After dramatically overhauling her once-despised living room, Montell found herself spending more time there getting to know her new roommate, when before she would have hidden away in her bedroom. When marketing strategist Grace Clarke moved out after a breakup with someone with “an unbelievable apartment but terrible taste,” she poured her cash and energy into making a home for “the type of person I wanted to be.”

That meant getting her hands dirty: She KonMari’d all her nonessentials and painted her cherry cabinets white. She realized she didn’t love her laminate countertops, so she sanded them down, figured out how to paint them to look like Carrara marble, and finished them with epoxy. From there, she learned how to hard-wire lighting and paint canvases bought off Craigslist and DIY a tadelakt plaster wall that cost way less than the $10,000 she was quoted—all in a rental.

There’s power in succeeding at even the most intimidating DIYs or, in Montell’s case, building your own furniture for the first time. For Meghan McNeer, a Domino contributing editor, the simple act of painting her kitchen cabinets (with a friend, while listening to Shania Twain) was more impactful than any bang trim could be—and that might just be why this heartbreak remedy has taken hold.

“I’m a person who generally wants things to happen fast, but you can’t rush something like repainting a kitchen. It’s not the instant gratification of that salon-chair-spinning-dye-cape-fly-off reveal—it’s a slow burn. So you think and you paint and you chat and, somehow over the course of 48 hours, everything gets a little clearer,” says McNeer. “You step back and now you’re in a whole different home. Suddenly, a little empowerment replaces that out-of-control feeling. And you realize tomorrow you’ll have a little more.”

See more stories like this: Nearly Every Detail in This Micro Kitchen Contributes to Its Cleverness How a Couple Created Storage Space From Scratch in Their Brooklyn Apartment Having a Huge, Open Floor Plan Is Just as Tricky as a Small Space