The Truth About Natural Wine

Here’s why you should make the switch to a natural version of your favorite varietal. 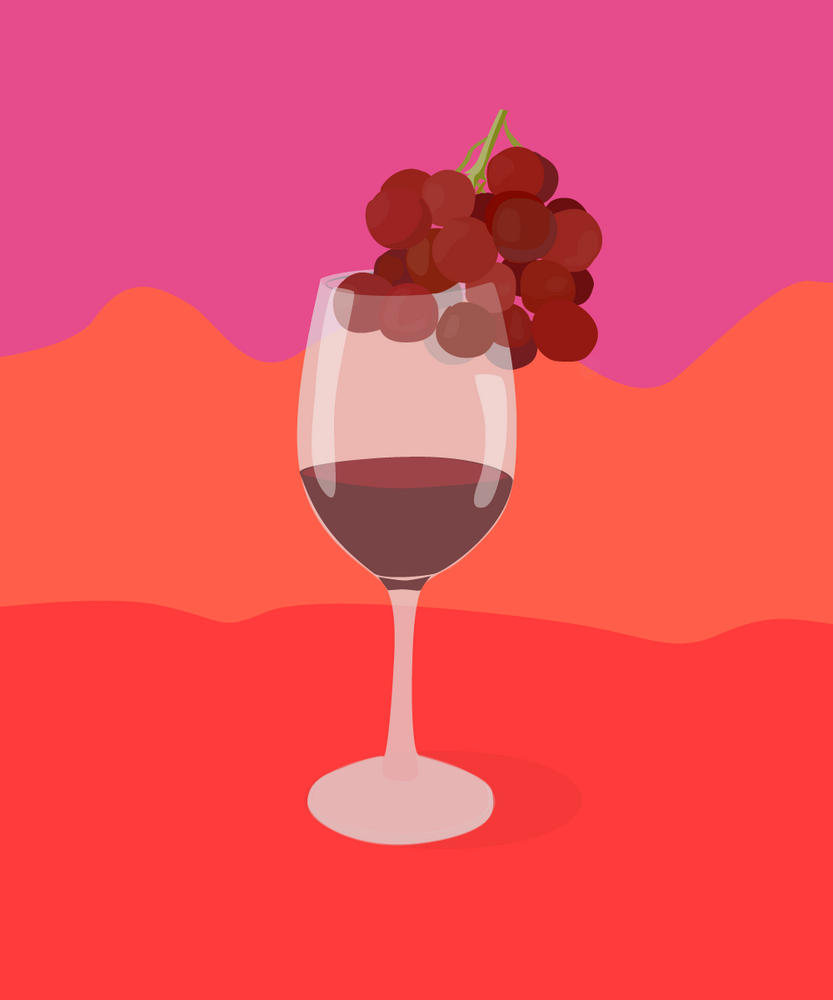 No, Mega Purple isn’t the villain in the upcoming Marvel movie, nor is it a 1970s English heavy metal band (That’s Deep Purple. Ask your parents). Mega Purple is an additive, used widely in commercial wines to add color and fruitiness, mask flavors and generally keep you from realizing you’re drinking swill. And the tinkering with your fermented bottle of grape juice doesn’t stop there.

“There’s a crazy amount of stuff that people put in wine—that’s the tip of the iceberg,” says Kathryn Coker, owner of Ester’s Wine Shop & Bar in Santa Monica, Calif. and a Wine Enthusiast “40 Under 40 Tastemaker” in 2016. “There are so many chemicals and flavoring agents put in wine to stabilize it and make it taste the same year after year.” And that’s just the winemaking portion. Before harvest, the grapes in your vino may have been sprayed with chemical fertilizers and pesticides to maximize crop yields.

Some people have had enough. Increasingly, over the last decade, winemakers and consumers have pushed back against the methods of modern winemaking and turned to natural wines for their embrace of artisanship and purported health benefits. But with little regulation of natural wine, it’s easy to be fooled by marketing gimmickry.

The first thing you should know about natural wine is that it lives in a gray area. “There is not an official definition of natural wine. But the closest thing is nothing added, nothing taken away,”  says Alicia Kemper, wine director at Fundamental LA and an Eater Young Gun in 2015, which tipped her as a rising star in the culinary world. “They don’t add chemicals or filter the wine, and they use naturally occurring yeast strains actually found on the grapes or in the winery to ferment the wine.”

What makes natural wine worth drinking in the first place? Well, you’ll commonly hear aficionados refer to the a wine’s terroir, which is the topography, climate, and soil of the region where its grapes are grown. A great wine is a true expression of those qualities of the land. Its advocates contend that by removing chemicals and additives from growing and crafting, natural wine better expresses terroir. “You feel like there’s more thought, care, and purpose going into that wine,” Kemper says. “It’s a lot more difficult to make a natural wine—without all those chemicals and preservatives. The wines are usually less stable, and you have to be extra anal and clean in your winemaking.”

Beyond craft, some gravitate to natural wines because of how they make them feel. “Having poorly made wine is like buying a $5 bottle of vodka—what is in there?” Coker says, “You’ll probably feel like crap after.”

People blame their headaches on a particular culprit: sulfites. These are preservatives added to wine to keep it from oxidizing after bottling. Though some natural wines may still have sulfites, they generally have one-fifth the amount as mass-market wine. “Wine with a lot of sulfites affects me a lot. I love when producers use less sulfites,” Coker says. “I personally believe that using less sulfites is important because I do feel different. For me, it’s like a fog and a headache, and I feel gross.”

But don’t expect hangover-free wine drinking. The scientific backing of natural wine’s health claims aren’t proven, says Libby Mills, a registered dietician and national spokesperson for the Academy of Nutrition and Dietetics. “The headaches they’re experiencing could be related to the wine or how they drank it: Was it less than usual? Did they consume food with it? Were they more hydrated? These are factors you need to consider.” And while Mills can’t state that natural wine is better for you, it may be better for some. “People do legitimately have a sensitivity [to sulfites] that might cause flushed face and headaches.”   What will definitely not be better for you is thinking you’re drinking natural wine when you’re really not. “‘Natural wine’ is the buzzword right now, so everyone is jumping on it, and there’s no certification process to make sure it’s natural,” Kemper says. “So there are people claiming it’s natural wine, but it’s not necessarily.”

For instance, if a wine is labeled “organic,” that may not mean it’s natural. It could just be that the grapes are farmed organically, not that the wine is made without chemicals and preservatives. Biodynamic wine is a certification you can look for, because that is a regulated process that’s “a very holistic, almost Farmer’s Almanac approach to growing. It pays attention to cycles of the moon and uses specific tinctures and sprays,” Coker says. And the painstaking approach continues into the winemaking. So you can be confident a biodynamic wine, with a label from a group like Demeter, is natural. But becoming certified is a costly process, so you shouldn’t hold it against a wine if it doesn’t have a biodynamic stamp.

Natural wine, really, is kind of exhausting. There’s no magic label on the bottle to tell you it’s authentically natural. Also, even if it is conclusively natural, that doesn’t mean it’s actually good. Without preservatives, there’s a chance you’ll get a bad bottle of wine.

“You can taste more of the terroir with natural wines, but if you make the wine poorly, they all start to taste the same,” Kemper says. “It can be unpleasant.”

“My feeling is if they say, ‘we’re natural wine’ first, I wouldn’t buy it. You spent all your money marketing that to me,” Coker says. “You can have a charming winemaker who comes here, and they farm organically and biodynamically, and they have beautiful labels, but then the wine sucks. It has to be the wine first, then all those other things.”

Coker is a fan of Dirty and Rowdy wines out of Napa, Birichino in Santa Cruz, Lo-Fi Wines from the Santa Barbara area, Pierre Cotton in Beaujolais, and Catherine & Pierre Breton of France’s Loire Valley. For Kemper, her favorites include Occhipinti from Sicily, Isabela and Bruno Perraud in Beaujolais, Laherte Freres Champagne, and Domaine de Beudon of Switzerland.

If you want a database of additional labels to look for, head to Domaine LA’s website, and you’ll be able to filter for high-quality organic, biodynamic, or low-sulfur wines. And in the absence of a familiar producer, there’s one more tip both Kemper and Coker offered: Check the back of the label to see if you know the importer. “Importers will have a certain style,” Kemper says. “You can trust their palate and their brand.” Louis Dressner, Sacred Thirst and Nomadic have pretty solid reputations for importing good wine from overseas.

In the end though, buying good natural wine isn’t much different than buying good wine in the first place. “Talk to the person who is selling the wine, and have a relationship with them,” Kemper says. They’ll have the knowledge about the producers and winemaking practices that will help you sort through the fog of marketing.

In the end though, buying good natural wine isn’t much different than buying good wine in the first place. “Talk to the person who is selling the wine, and have a relationship with them,” Kemper says. They’ll have the knowledge about the producers and winemaking practices that will help you sort through the fog of marketing.