The best part: None of them will break the bank. 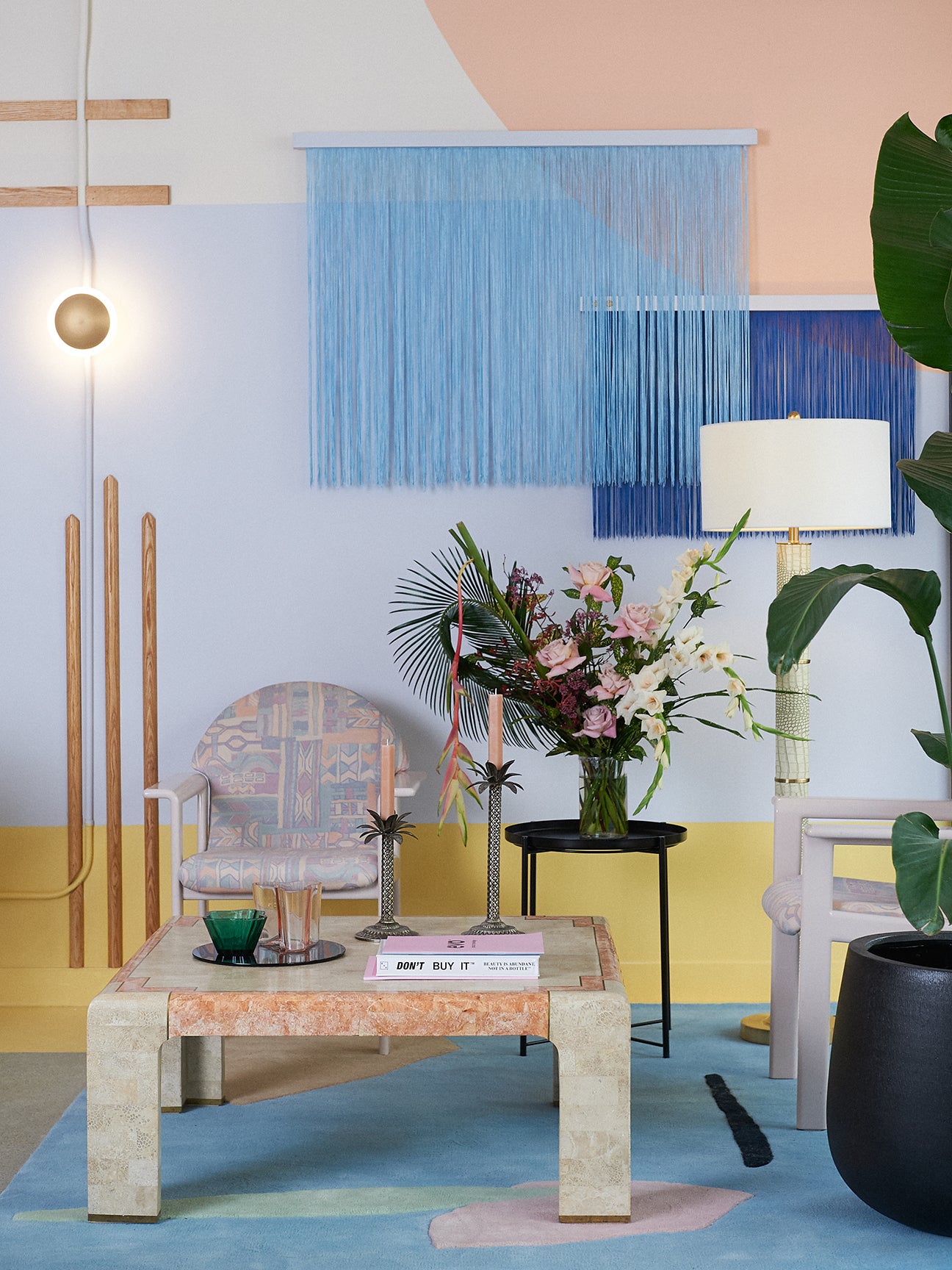 The ’80s are alive and well at QALI, a new salon and hair extension studio located in the heart of Vancouver’s Chinatown neighborhood—and we aren’t talking about bad perms. “If Art Deco had a love child with Cyndi Lauper, this would be it,” jokes Kate Snyder, a principal at Studio Roslyn, which led the makeover of the 1,400-square-foot space. Pastel walls, glass block partitions, and custom fringe wall hangings meant to look like hair have us thinking: Why must we let bygones be bygones?

The return of Memphis decor has beckoned a new wave of retro interiors, but Snyder and Studio Roslyn cofounder Jessica Macdonald looked beyond viral throwback Instagram accounts when coming up with QALI’s quirky aesthetic. The shop’s owner, Janelle Bell, had spent a lot of time in New Zealand (it was there, while working in the film industry, that she decided to switch careers and open up her own place back in Canada) and taken to the country’s outdoor lifestyle and vivid buildings in beach towns like Napier. Read on for four design ideas we’re stealing from the “whimsical, fun, and slightly mischievous” space.

As a playful nod to the hair extensions displayed along the walls, fringe wall hangings are draped throughout the space. In some instances, Studio Roslyn layered the pieces over one another to add depth to two-dimensional walls. Elsewhere, they suspended the tapestries from the ceiling alongside floating planters and pendant lamps to delineate the different areas, such as the lounge, reception desk, communal worktable, styling stations, and color room. Where they didn’t hang the stringy art, they put up glass brick partitions, interior windows, and shelves to achieve the same sense of subtle separation.

In order to stay within the client’s budget, Snyder and Macdonald had to get resourceful with their supplies. Instead of swathing every last surface in paint, the team explored smaller color-blocking treatments: Snippets of yellow flow up from the floors and onto the wall, while fragments of lavender and baby blue flow up and around door frames and mirrors. In the waiting area, they painted a giant circle—the peachy hue picks up on the pink shapes in the Cold Picnic rug.

The pair of bubbles attached to the wall isn’t some new, space-age take on terrariums—they’re vintage. “It’s a fun way to showcase tropical plants,” says Snyder. The acrylic domes can be used to house everything from orange sun palms to monstera stems—no upkeep necessary.

Get Thrifty When Shopping for Stone

The raised platform leading to the sinks features a retro-cool combination of green and pink marble. To create an unusual staggered pattern, Snyder and Macdonald had tiles cut specifically for the space. The special detail would have been expensive—had the designers not been a little frugal with their stone of choice. The slabs are deadstock, meaning they sourced them from a stone yard that was closing down. Cha-ching.

See more stories like this:  Inside Reese Witherspoon’s Technicolor Office Is This a Store or Just the Coolest Danish Apartment Ever? We’re Calling It: Muralists Are the New Ceramists