the modern hostess handbook by a blogger who knows this stuff

sasha wilkins, aka liberty london girl, chats with us about her first cookbook! 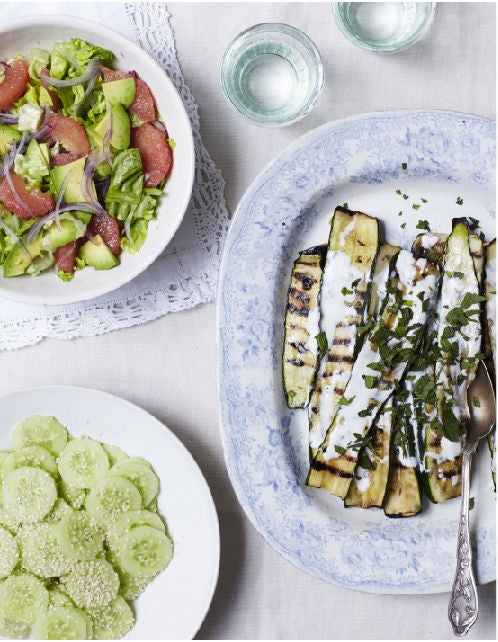 Sasha Wilkins, or as you know her, Liberty London Girl , just released her new cookbook,  Friends, Food, Family: Essential Recipes, Tips, and Secrets For The Modern Hostess –and these recipes are real. They’re designed for the hostess that actually wants to attend her party, rather than spend half of it in the kitchen. Don’t be shocked if a few of these scrumptious recipes work their way into your daily cooking routine, too!

WHAT BROUGHT THIS COOKBOOK ABOUT?

I’ve always cooked for myself, for family, for friends, and when I started writing daily on my personal blog LibertyLondonGirl.com when I moved to New York all the way back in 2007, it was inevitable that I would end up talking about the food I cooked for lunch every day in my East Village apartment. That food chat, and the recipes I started to post eventually became one of the most read and commented on parts of the site, and, after several years of readers asking when I was going to publish those recipes, I was offered a cookbook deal.

IS IT SOMETHING YOU’VE ALWAYS WANTED TO DO?

Absolutely: I collect cookbooks like most people collect novels, and I can barely articulate the excitement of getting to publish my own. I started working on a very early version of this cookbook all the way back in 2000, but there wasn’t a big market for recipe books by largely unknown fashion editors back in the pre-digital age!

WHAT IS YOUR PERSONAL FAVORITE RECIPE(S) FROM THE BOOK?

In the savoury department I’m particularly fond of the zucchini and pea orzotto ( a risotto made with barley), which tastes like summer, even in the depths of winter. I make the buttermilk pancakes at least once a week. A girlfriend once memorably described them as being like mattresses for hamsters because they were so fluffy, and I love the chocolate mousse because it is so simple yet impressive: just three ingredients for something so decadent.

The book is peppered throughout with photos of my family, friends and dogs, and I spent a glorious afternoon in the attic of my mother’s country cottage going back in time as I picked through a huge old suitcase filled with vintage photos to choose some of the images we would use in the book.Likewise, the fabrics used in the backgrounds of the food shots are all vintage pieces collected by me and my mother over the years, from an off cut of the Laura Ashley curtains from my teenage bedroom masquerading as a tablecloth in the shot of the Blackberry and Lemon Layer Cake to the William Morris print from my parent’s first marital home in 1967 in the background of my turkey gratin recipe.

WHAT WAS THE BIGGEST CHALLENGE IN CREATING A COOKBOOK?

I didn’t just write it: I did the food styling, and the photography myself (apart from a few large scale beautiful images I worked on with the wonderful photographer Lisa Linder). I had absolutely no idea what I was getting myself into. I wrote, tested, tweaked and shot it all in my one bedroom London walk-up apartment, whilst running my blog and creative consultancy simultaneously. I didn’t sleep much for about six months. And I tripped over a lot of pots. Oh and my oven broke half way through. That was fun.

WHAT IS ONE THING YOU WANT EVERYONE WHO BUYS THIS BOOK TO KNOW?

I single handedly cooked every single recipe that was photographed in this book and took each dish straight from the kitchen to the camera. There were no fancy food styling tricks or short cuts to make the dishes look better than reality. So what you see in the cookbook images really is what the final version of each recipe will look like when cooked in a home kitchen.

This is the most popular recipe that I have ever written; a fact that still slightly bemuses me. It is particularly indulgent, and very addictive. So maybe it’s just the combination of salty, buttery, crispy, carby goodness, with the umami hit of the tomatoes that does it?