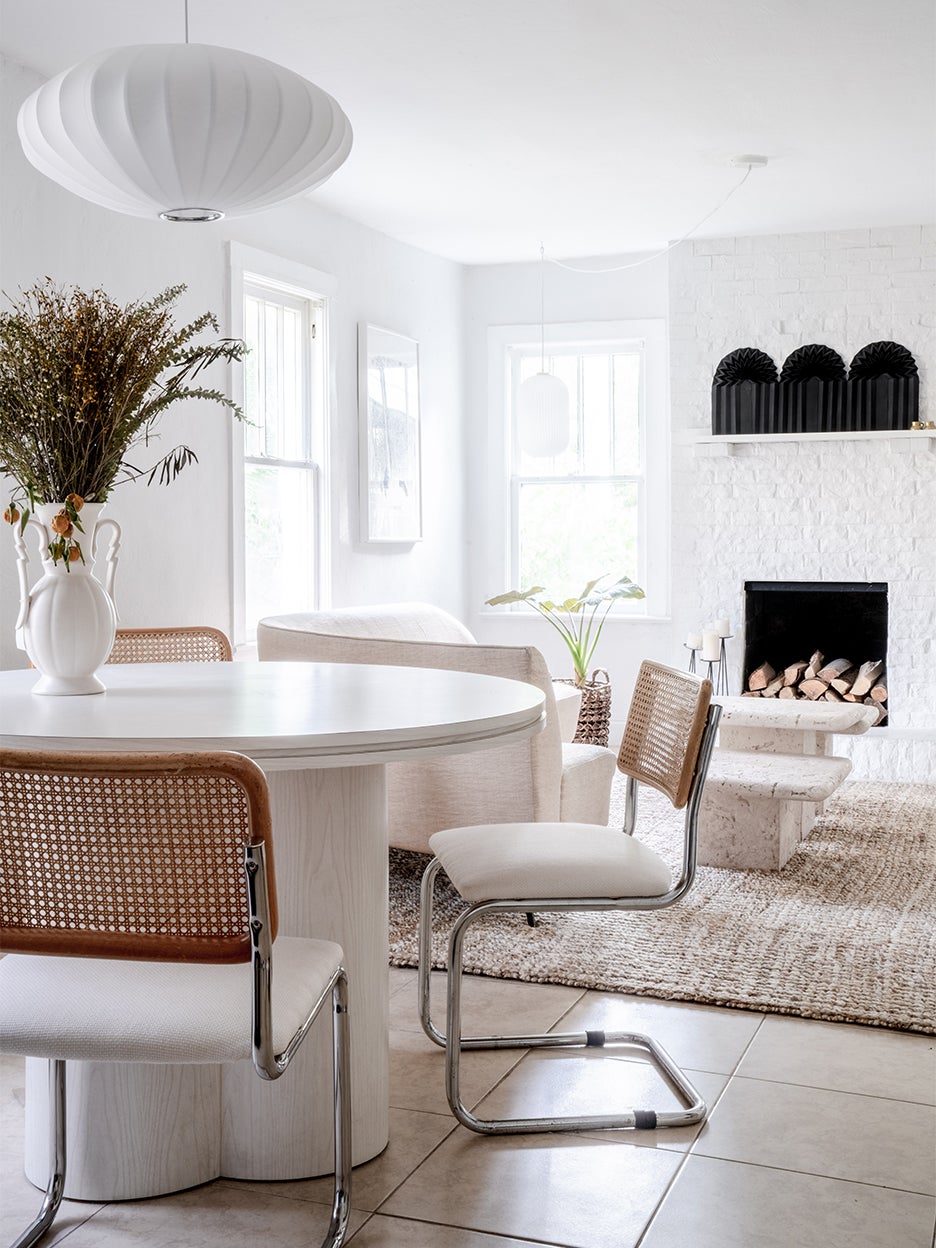 The Canto sisters’ Mission-style bungalow in North Miami may have been built in 1938, but its interior is thoroughly modern. A pair of travertine tables buddy up to a Vladimir Kagan–esque sofa, the color palette is straight out of Leanne Ford’s playbook, and there are enough curves to please any postmodernist.

But in a surprise twist, the home’s modern furnishings aren’t from a trendy boutique. No, the sisters teamed up to track down everything except the lighting fixtures and rugs on Facebook Marketplace and OfferUp and at a nearby thrift store. Through it all, they were totally in tandem: Photographer Jeanne did the digging, then sent pictures of her finds to younger sister Belle, an interior designer, for final approval.

Clearly, great things happen when these two join forces, and it’s a blessing because they didn’t just codecorate the house—they’re also co-owners. How exactly does that work? Jeanne lets us in on their cohabitating secrets, from how they agreed upon the just-right home to how they split the bills.

The sisters kicked off their house hunt by chatting openly about how their freelance careers would keep their income in flux for the foreseeable future. With that in mind, they avoided listings for big new homes with marble countertops and tech upgrades in favor of smaller fixer-uppers with mortgages they could afford. They also talked candidly about the terms of the arrangement so no one’s feelings got hurt down the line. “We agreed to stay in the home together for at least four years before deciding what to do next. We’ll probably keep the house and rent it out once we leave to make some extra cash, though,” says Jeanne.

Eight months before she and Belle purchased their home in December 2019, Jeanne moved back in with their parents in order to build a nest egg—read: live rent-free. Once they settled into the bungalow, the sisters used this reserve to give the home a fresh coat of paint inside and out. This extra cash came in handy for when surprise repairs—like when a kitchen cabinet fell off the wall—sprung up.

The sisters keep the house running smoothly by dividing up chores. Jeanne, the meticulous one, is in charge of paying the bills. “I just feel more comfortable doing it. I guess I’m a bit of a control freak,” she says. In exchange, Belle does the dishes and cleans up after Jeanne, who admits to being a bit messy. The garbage, on the other hand, she says is a two-woman job: “She takes the trash to the outdoor can, and I take it to the street.”

Make It an Even Split

The sisters divide every expense right down the middle, from the mortgage to the silly tchotchkes they pick up from thrift stores. Collaborative tools like Google Sheets, Venmo, and Zelle help them stay organized and hold each other accountable for their spending. This transparency also helps keep the peace, but Jeanne says they don’t need much assistance in that department: “My sister is my favorite person. I feel very lucky to be able to live with her.”