White paint, an open plan, and built-ins transformed the 1923 house. 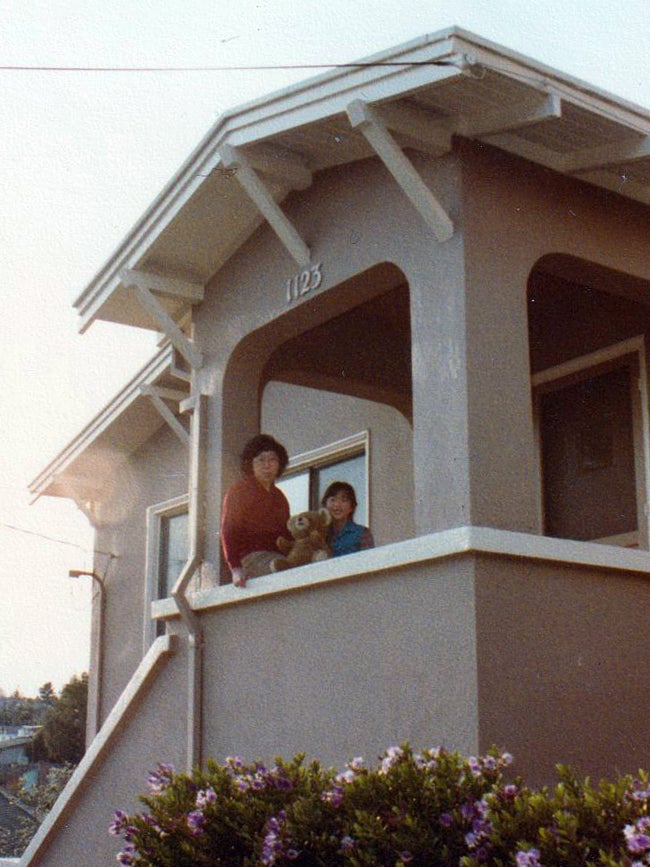 Not many people buy and renovate a family member’s home, but Etienne Fang and Jason Ring have done it twice. When the couple first moved to the Bay Area from New York City in 2008, they were casting about for a place to live when Etienne’s father and his siblings suggested they buy Fang’s grandmother’s old house in Oakland, which was already steeped in memories thanks to many a family celebration for Chinese New Year and Thanksgiving, featuring red bean and date desserts by Grandma herself.

Fortunately, Fang was undaunted by the task of updating her grandparents’ space: Before becoming a research strategist at Amazon and moonlighting as the founder of the nonprofit Redefining Having It All, she trained as an interior designer at Parsons School of Design and worked for firms like the Rockwell Group. (It didn’t hurt that Ring is also a design professional who has worked at such tech companies as Apple; Uber; and, currently, Hopin.)

After a full renovation—including a whole new kitchen—the family lived in the house for seven years. But as their sons reached school age, Fang began to think about moving back to her hometown of Piedmont. Still close with many of her school friends, she loved the continuity, and wanted that for her boys—Lucian (now 12) and Julian (now 9)—so they could go to school with the same kids from kindergarten to high school. She also craved a smaller-town feel. At the same time, Fang’s parents were looking for a new home that would better suit their needs as they aged: namely, something flat with no stairs to climb.

One day at a soccer game, a friend of Fang’s revealed that she’d just bought her parents’ house and a lightbulb went off: Fang had what her parents wanted (a senior-friendly layout in an already familiar home) and her parents had what she wanted (a place in her old neighborhood). What if they just…swapped houses?

When she proposed the idea to her parents, her mother said, “I’ve been trying to tell you this for five years!” “Selective listening, I guess?” Fang says with a laugh, recalling the conversation. However, it wasn’t going to be as simple as exchanging keys and calling the movers. Turns out, the Piedmont house was long overdue for a full-blown renovation. (Fang’s parents had considered renovating themselves when she was a teenager, but had ultimately decided it was too big a project to take on.) Fang could see the “obvious things” that the structure needed—and how that would require bringing in the pros to do it right.

She and Ring called on their friends Irene Cheng and Brett Snyder, the couple behind Oakland-based architecture studio Cheng+Snyder, who put together a plan for how they might open up the 1923 layout. Beyond the necessary updates, Fang wanted to fix some of the things that she had always wished for growing up. “I remember drawing sketches of my dream home as a teen, complete with a window seat and my own bathroom,” she recalls. She also wanted more daylight and tons of built-in storage.

Working with a fairly lean budget meant expanding the footprint was out of the question. Instead, Cheng and Snyder got creative, increasing the usable existing space by getting rid of unnecessary walls, which included completely removing a hallway and opening both sides of the kitchen to the adjoining rooms. Many windows were enlarged to take in the afternoon sunlight. The design duo cleverly added built-in window seat benches in the dining area and breakfast nook to provide extra storage. They also repositioned the dining table to one side of the room to carve out a comfortable place for the family of four (plus grandparents!) to gather, without any awkward shimmying around the furniture (and just enough room for two desks). Finally, a second full bathroom was a key addition for life with two kids. And so, with the help of Cheng and Snyder, the family got the house of their dreams—without adding square footage.

However, spending the pandemic inside the 1,200-square-foot space with two boys on the cusp of teenagedom made Fang and Ring realize that everyone might need more room to stretch out. This summer they found a spot up the hill halfway between the Piedmont property and their old Oakland house where Fang’s parents live—but the couple aren’t ready to let the family home go and have decided to rent it out. “In the back of my mind, I do hope that one day our kids might be interested in making their own memories in one of the houses,” says Fang.

For those considering renovating a childhood home (or two!), here are her six tips for refreshing a property already rich in family history.

Involve Your Parents in the Planning

Tap an older loved one’s deep knowledge of the house they know so well. “Talk to them about what they would keep or change,” says Fang. They might clue you in to little details you would not have noticed, like how a skylight uncomfortably heats up a room in the afternoons or a dryer is positioned so close to a bedroom that you can’t run it at night. Fang and Ring even reviewed the drawings with Fang’s parents, so they’d feel like they were a part of the process.

Bring the Kids in, Too

Likewise, she recommends “bringing the kids along on the experience.” Renovation is stressful no matter how you tackle it. Keeping her sons in the loop and showing them the project as it unfolded (and the final goal) helped Fang’s family get through nine months in a tiny temporary rental.

Make Things Work for the Next Gen

Many older homes might seem cramped not because of their square footage, but because the space is broken into many tiny rooms. Fang and Ring had Cheng+Snyder remove walls in the main living area, resulting in a dark mudroom being dramatically transformed into a sunny breakfast nook. Another success: opting to keep the galley kitchen layout and simply opening up the walls on either end for an airy, spacious feel. Rather than install overhead cabinets, storage came in the form of full-height cabinets where lowers and uppers had been before.

Enhance What You Loved

Think back to your experience living in the house. “What did you love?” says Fang. “Keep that and dial it up.” Fang’s family always enjoyed the backyard, including the quirky telescope platform her dad had added, so they kept the basic layout, but worked with landscape designer (and fellow soccer mom) Sofia Luis to replace the plants with drought-tolerant ones, like cone bushes and Long John grevillea.

Leave a Bit of History

You don’t want to rip out every last bit of a home’s past. While Fang and Ring did a down-to-the-studs renovation, they decided to keep and restore the original doors. “It ended up being a total pain, but I wanted a little bit of that original character along with everything that was new,” she explains. Likewise, new flooring wasn’t in the budget, but a whitewash finish revived the existing wood and preserved a little history, too.

If you’re struggling with giving yourself permission to change your family home, “think about its next chapter,” says Fang. “We were not the first to live in this house, nor will we be the last. Consider the updates to be an evolution of the house’s life.” Just like your little ones, it will continue to grow.