Meghan Markle’s Calligraphy Skills Are Taking Over the Internet

Is there anything this duchess can’t do? 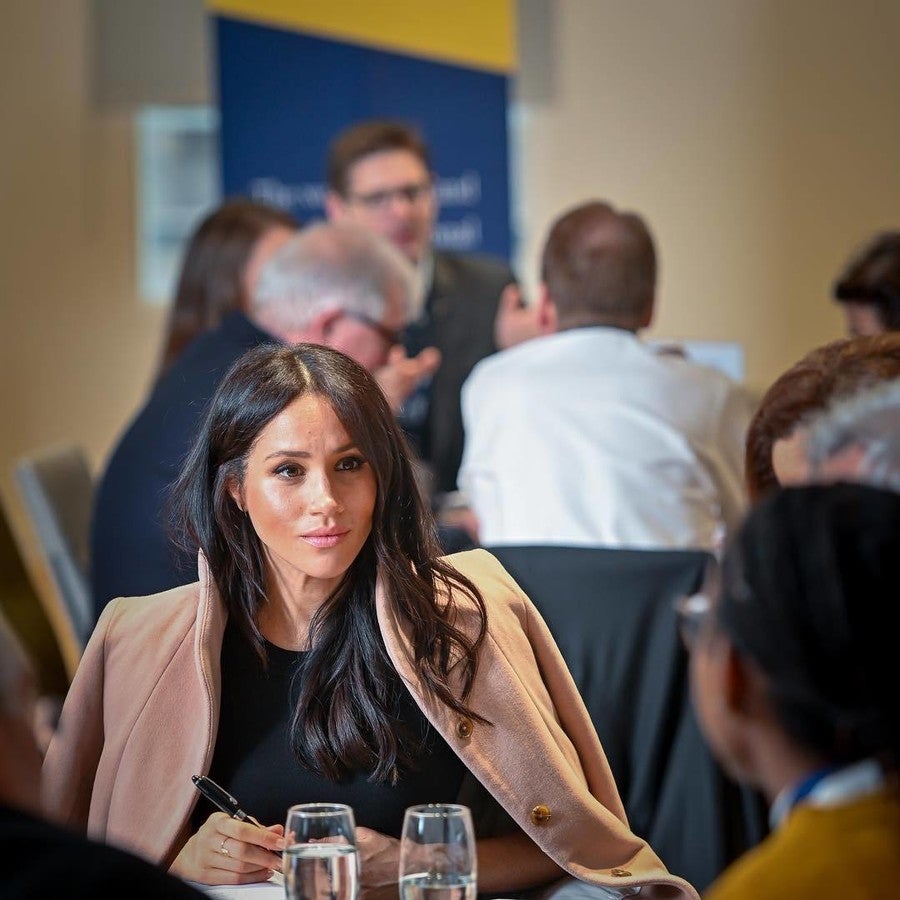 Today, we’re raising the Duchess of Sussex’s pedestal one inch higher, as proof of yet another one of Meghan Markle’s hush-hush skills is unveiled. Sure, there were hints along the way and mentions of this particularly niche talent in previous interviews, but now we have indisputable evidence: The Duchess is a low-key calligraphy wizard.

This revelation came after a visit to the Brinsworth House nursing home in Twickenham on December 18. While decorating paper ornaments, Markle created a gold-and-red teardrop bauble scripted with “Merry Christmas” and a flawless signature.

Here’s what we know about her history with calligraphy: Markle forwent the traditional waitressing route while auditioning in Hollywood and instead opted for the highly lucrative world of freelance calligraphy. Her clientele included Robin Thicke and Paula Patton, whose wedding invitations she did, and Dolce & Gabbana, whose celebrity holiday correspondence letters she took over. While Markle credits this talent to attending an all-girls Catholic school where handwriting was part of the curriculum, she’s also previously expressed an interest in cursive.

For anyone looking to follow in the Duchess’s footsteps, here are some helpful tips from none other than Markle herself—courtesy of a 2013 interview with Esquire.

Use fluid strokes and go slowly. “You don’t have to have a fancy pen by any means,” shared Markle.

Be careful of mess

Apparently, the now-Duchess used to sit there with a white tube sock on her hands to avoid getting hand oils on the cards. While this might be a tad extreme for anyone not writing Dolce & Gabbana’s holiday cards, be sure to keep a clean workspace devoid of anything that might potentially spill and ruin your hard work.

It’s the thought that counts

Barring the cliché, it’s the best way to create something that’s authentic to you—according to Markle, even if your handwriting resembles chicken scratch, the fact that you took the time to carefully write something in script automatically makes anything more special. “At the end of the day, if the guy is going to write the girl a letter, whether it’s chicken scratch or scribble or looks like a doctor’s note, if he takes the time to put pen to paper and not type something, there’s something so incredibly romantic and beautiful about that,” said Markle.