These Rippling Kitchen Cabinets Aren’t as Pricey as They Look

This affordable wood is at the core. 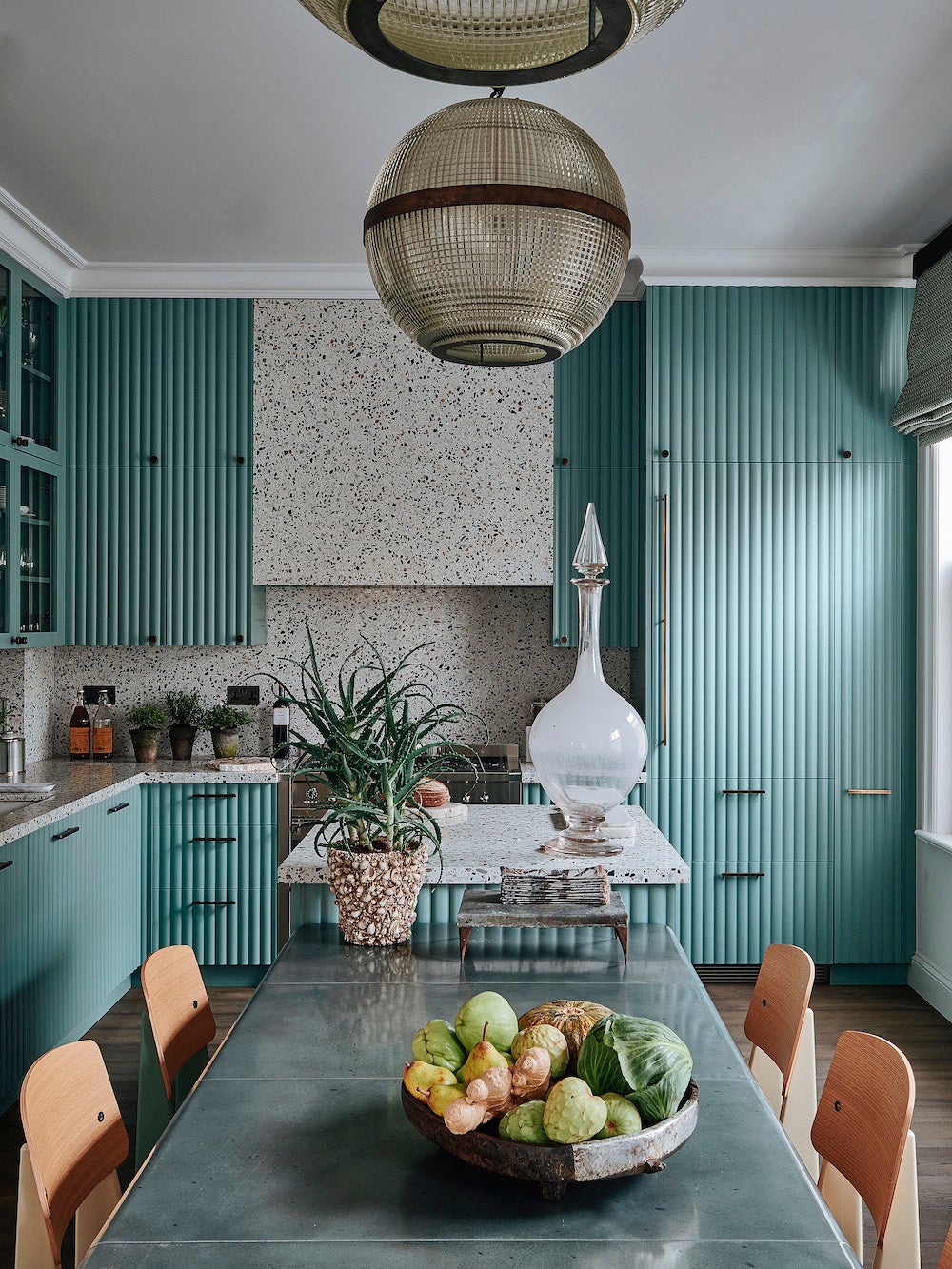 Medium-density fibreboard (MDF) doesn’t have the same ring to it as, say, mahogany or Brazilian cherry, but the engineered product, made up of recycled scraps of soft and hard woods, isn’t necessarily lacking in finesse. One thing you didn’t know you could use it for? Textured kitchen cabinets.

From afar, the MDF cupboards in this London kitchen, custom-designed by Hubert Zandberg, look almost like a soft corduroy fabric, but up close you’ll notice the rippling waves of the doors are sturdy, supersized, and meticulously designed. Zandberg began the process with drawings, noting the measurements of the individual ribs down to a T. “It was very hard to fit them in,” he says, pointing out that all the fronts are different widths and he couldn’t forget the pieces that had to go in the corners, too. “They just look regular.”

Zandberg’s plans are then sent off to his cabinet fabricator, where the sketches are linked up to a computerized saw that creates the pattern in the wood. After that, the surface is painted—here, in a seafoam-aquamarine hue called Esmeralda, by Flamant. “It’s basically one of our favorite colors,” says Zandberg. “It adds dimension.” Finally, it’s sprayed with a durable semigloss lacquer before being installed. If it’s sealed properly, you won’t have any issue with water (MDF is susceptible to expanding in moist environments).

So what does it all add up to? This kitchen is still a bespoke one, so it’s not cheap by any means, but compared to pricier wood options like American oak or rosewood, MDF is way less expensive. It’s generally even more affordable than plywood. “It’s incredible value for the money,” says Zandberg.

While the designer hints you’d have to be a pretty skilled woodworker to tackle something like this on your own, DIY isn’t totally out of the question. We’ve seen a similar ribbed treatment on a kitchen peninsula where individual half-round moldings were nailed in place, then painted. You don’t have to break the bank on every detail of a project to still have it look like a million bucks.