This Dutch Colonial Blends the Old and New With Effortless Cool 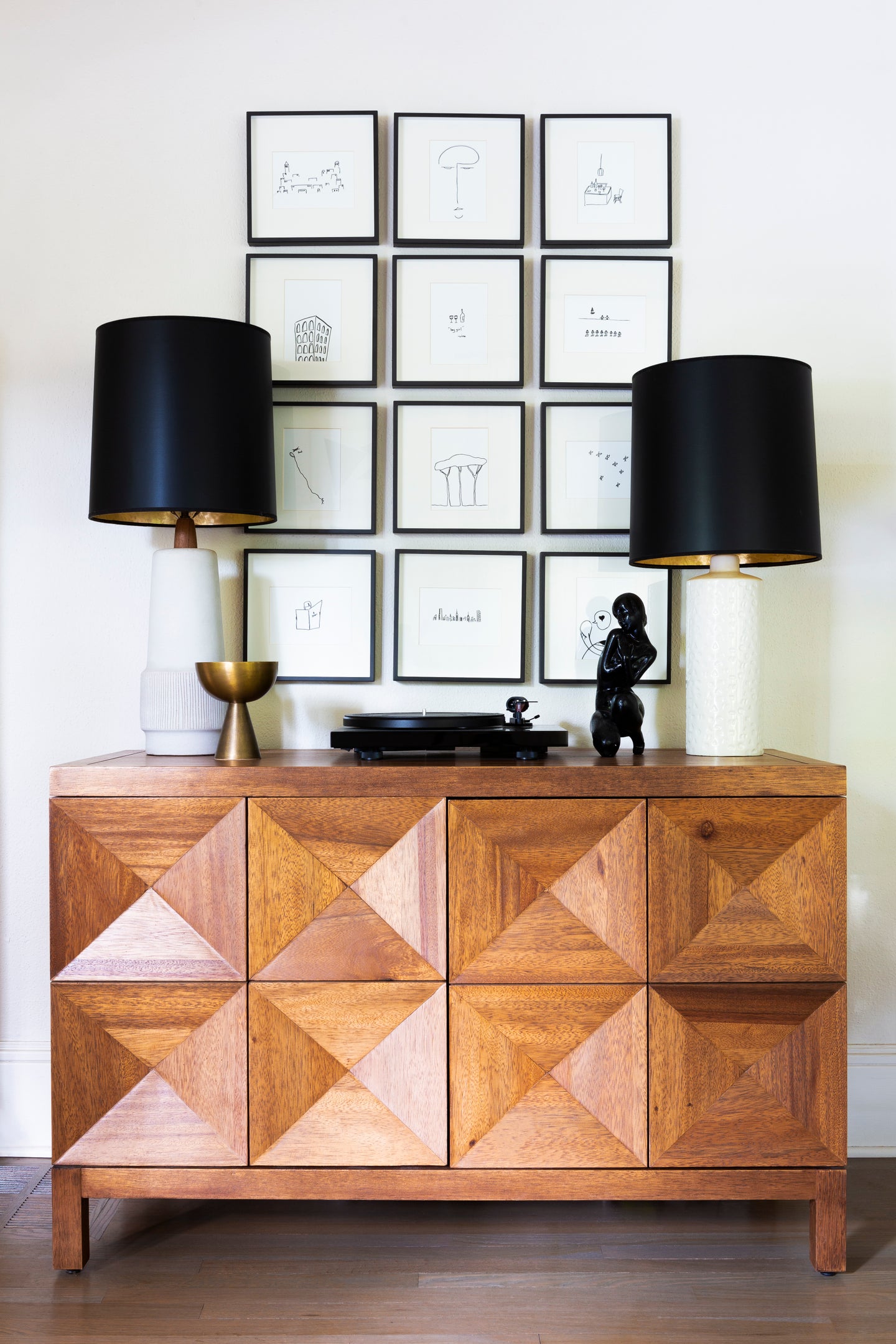 When interior designer Jasmine Vaughan first bought her Dutch Colonial in Portland, Oregon, it was covered in a less than appealing shade of margarine yellow—inside and out. Naturally, it was one of the first things she changed upon moving in. Trading the drab hue in for a fresh coat of white paint, Vaughan utilized the neutral hue as an opportunity to establish the ultimate backdrop for the textural layers and high-contrast pops of color that would ensue.

“I’ve always been drawn to Colonials,” says Vaughan, “I love the juxtaposition of modern and traditional.” And her home is an honest reflection of that.

In the entry, a vintage Brutalist brass pendant sets the tone, hinting at the handful of similarly storied decorative accessories that lie ahead. With a pared-down approach to the design, Vaughan used color to introduce character and drama to her home.

Her secret weapon came in the form of Benjamin Moore’s Kendall Charcoal. She utilized the daring hue to highlight the key elements of the home—the stairs in the entry, the fireplace, and even the kitchen cabinets—to establish a sense of cohesiveness throughout.

The first floor of the home was the primary focus of the redesign, which entailed a complete gut-reno of the kitchen. In addition to that, Vaughan opened up the wall that sectioned off the dining room from the living room, to create an open-format area that would be more conducive to her lifestyle. She attributes that design decision to the changing landscape of modern entertaining and the informal qualities that most dining rooms now possess.

In its original state, the kitchen bore a cramped quality that was just a step up from a galley concept. Since the space was not large enough for an island, Vaughan extended the counter to form an adjacent peninsula as a workaround for an informal bar area.

Continuing along with her signature theme of blending the modern with the traditional, Vaughan brought in custom pulls from Rejuvenation to offset the streamlined build of the kitchen cabinets.

When it came to the backsplash, it was all about making a statement. “I knew I wanted a marble integrated hood—I love the drama and simplicity of using the same material on the counters as the walls, it made more of a statement than using tile,” says Vaughan.

In lieu of actual Calcutta marble, she opted for an imitation alternative from Neolith, which looked remarkably similar to the real thing. Not having to worry about staining the counters was an added bonus.

To complement the space, Vaughan designed a built-in eating nook with cleverly concealed shelving at the ends, which resulted in a prime storage solution for linens and servingware.

The neutral palette is continued on throughout the living room, where the established scheme extends to just about every decorative accessory and item of furniture in the room. Note the seamless transition between the eclectic mix of the contemporary and vintage pieces, all brought together by the reserved palette of the room.

When it comes to decorating with color, Vaughan is a strict proponent of neutrals and using pops of black to infuse drama in an otherwise monochrome space. “I use a lot of creams, blacks, and grays,” she says, “and I bring in textured layers to balance out the lack of patterns throughout. I didn’t want to use a lot of materials so I use color to make up for it.”

In the back of the living area, a large armoire conceals the television—formerly clad in a vibrant orange, Vaughan gave it a fresh coat of white paint and designated it as one of the grounding elements of the room.

Sentimentality is yet another major component of Vaughan’s approach to interior design. Above the credenza in the living room, a curated gridded gallery wall boasts sketches by Vaughan’s husband, depicting their travels throughout the years. The mirror decking the fireplace mantel was the first thing she and her husband bought together while at the Rose Bowl in California.

These personalized elements, coupled with a thoughtful approach to the color scheme, results in a truly unique home filled with character and charm.