This 1925 abode is an architectural gem. 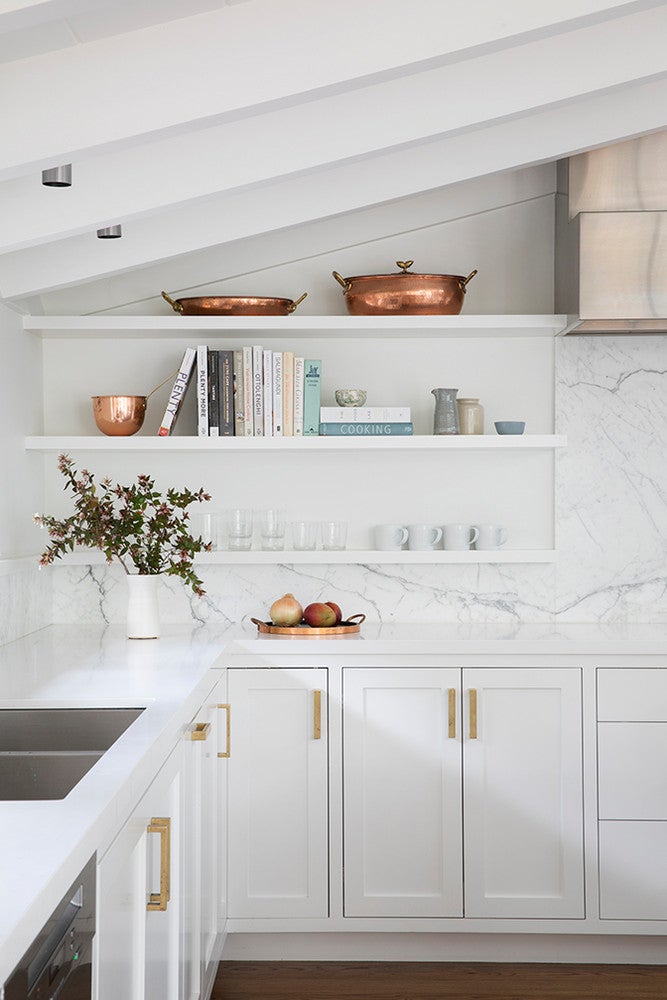 The home was perfect. “They loved the landscape—the meadow, oak trees, swimming pool,” says architect Andrew Mann. But the circa-1925 home located in San Francisco Peninsula, California had been added onto over the decades and was choppy and “squirrely, at best!” says Mann, who was enlisted by the homeowners to overhaul the home. “The major living spaces were all disconnected from one another, and the master bedroom was on the opposite end of the house, separated from the kids’ bedrooms.”

But despite the disconnected layout and additions, the 6,400-square-foot home’s architectural detailing and setting—a stunning lot overlooking a wooded meadow and hills beyond—were ideal starting points and inspiration for Mann’s renovation.

“The heart of the house was the original great room space, with a peaked ceiling and exposed trusses,” the architect explains. Original to the home, the great room was large in scale and centered around a masonry fireplace with expansive views of the landscape, all of which Mann wanted to highlight in its redesign. “The existing sloped ceilings were character-defining features of the home, as well, so they were important to accentuate.”

The goal with each of the architectural details was to find the appropriate scale to work with the sloped ceilings, says Mann. “The large fireplace anchors the living room whereas the broad stainless steel range hood balances the angled rafters in the kitchen,” he says. “On the exterior, all new rafters for the trellised spaces were an extension of the sloped ceilings inside so that there was a seamless blending of inside and outside.”

The architectural details influenced the interior design, as well, which were headed by Jennifer Jones of Niche Interiors. “The beautifully proportioned wall of windows in the living room was an incredible starting point for the design in the living and dining rooms,” she explains.

“We oriented the sofas to capitalize on the expansive views and the dramatic fireplace. Andrew’s architectural details are classic, but not overly traditional or formal, which allowed us to easily layer in contemporary lighting, modern art, and playful patterns throughout. I think the house strikes just the right balance of classic and modern, with a few unexpected curve balls thrown in for good measure.”

Those unexpected twists include playful, graphic wallpaper in both the powder room and kids’ playroom. “The powder room was begging for some drama!” she says. “The Calico wallpaper adds atmosphere and a hint of sheen to this petite space.”

The turquoise Otomi paper from Hygge & West introduced pattern and color while maintaining a bright and air feeling in the playroom.

While it would’ve been easy to maintain an all-white neutral aesthetic, Jones took it a step further utilizing pops of color in varying saturations to create dramatic moments woven throughout.

“We amped up the color in the foyer with peacock blue lacquered walls (Bermuda Turquoise by Benjamin Moore) and a custom kelly green bench, and toned it down in the adjacent living room with a powder blue banquette and lighter grey tones,” says Jones. “Each room has its own distinct feel, but remains connected by the use of color and pattern.”

The renovation by Mann and interiors by Jones created a more open space brought to life with original architectural details and doses of bold color and pattern.

“We incorporated traditional details, global influences, and saturated color in an intentional way, with the goal of creating a home that was distinctive, layered and that felt collected over time,” says Jones. “I think we hit the mark!”

This Darling Fixer-Upper Is Our Dream Summer Getaway Rock ‘n’ Roll Vibes and Treasured Art Give This LA Home Serious Edge Inside a Feminine New York Apartment, With an Edgy Twist